Welcome To The Art Show Featuring You 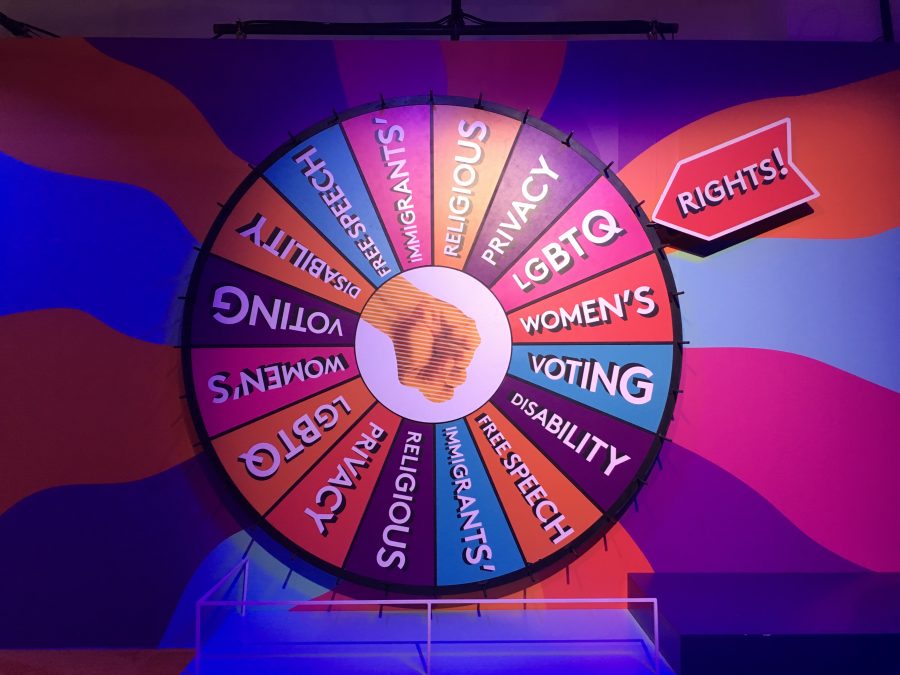 When walking inside the exhibition, it’s as if you are once again nine years old and in a candy store, not knowing where to start first. The walls are filled with every color of the rainbow.

It’s like an ordinary gallery, but with art that comes to life. Refinery29 is a media site who partnered with creative moguls like Petra Collins and Solange Knowles to launch 29 Rooms on their 10th anniversary in September of 2015 to disrupt Fashion Week seclusion in New York. It created more than that by inventing a vibrant gateway of exploration. For the third year, they brought the exhibition to Los Angeles that lasted from Dec. 5-9. 29 Rooms opens up conversation, culture, creativity, and imagination to viewers. One main component is the plethora of spaces with different decor that are scattered throughout The Reef, where phones are out and photos for Instagram are constantly being uploaded.

Grab your space helmet and bikini because we’re going into a world of the most classic lovers; the moon and ocean. This under sea gallery is straight out of a cartoon with the fluorescent lighting jelly fish hanging from the ceiling. Other unworldly rocks and projected deep blue ocean floors reflect the disco ball bubbles that sway above. The creator of this room has collaborated with the singer Kesha who has put her technicolor touch to it.

Created from Refinery29’s own platform called “Unbothered” is a dedication to black millennial women to have their voices heard and culture represented rightfully. This exhibition is a throne for the queens that black women are and have been throughout history. The truth lies within the sayings on the walls of black women’s experience such as “My hair isn’t up for debate” and “Ghetto until proven fashionable.”

“To me it makes me feel great to be a black woman. It’s all about of course women of color and women empowerment in general but with the specifics of black women and me being a black woman it empowers me to be in this space because you don’t feel this level of love outside in the world,” Jahmana Crber said.

Through all the growth and transitions we go through in life, somewhere inside of you lies that young person you once were. This collaboration with Carlota Guerrero opens up an old door by having a table in front of a mirror with a pink notepad and pen encouraging you write something you would like to tell your inner child.

The directions are to “Think about you as a child. Keep the first image that comes to your mind. How old were you? How did you look? How did you feel? Look at yourself in the mirror. Find that kid in your face. Write them a message. Hang it on the wall.”

Once written down, the tape is nearby to add onto the hundreds of other sticky notes taped to the wall. In the center of the room are two figurines shaped with crystallized rock and white plaster to signify you and your younger self standing face to face. A chandelier of broken mirrors hung one after another from the ceiling showing your reflection in pieces as you walked by. This reconnection gave responses that were either humorous, uplifting, or advice you wish someone would have told you 10 years ago to prevent headache or heartbreak.

Some responses read “Hey, so that life plan you think you’ll have figured out by 25? Yeah, not happening babe. BUT, the journey to figure it out is FUN AF! Relax. Everything will be OK. Love, your 25 year old self.” Another said “Your dark brown skin is okay.” Some even think that they can time travel by giving a response like “Don’t get caught(especially at Coachella).”

It not only connects your past self with who you have become, but reading other people’s responses connects us together as human beings.

If you could tell the world anything during these times of war, famine, and injustice what would it be? Would you send a letter of love? Performance artist Cocovan gives you the opportunity to spread your love to the world by writing on scrolls of paper. She plans on hanging the scrolls around the world and even sending a copy into outer space.

Thousands of people from 126 countries have contributed to the piece already. To the side of the exhibit is even a notice of release of having your writing being used without compensation.

“I would want to tell the people to not disrespect Earth, not take advantage of it. It could be a scary place but it could also be a very beautiful miracle and hopefully overtime this could maybe help change the world on how people feel about each now and we treat it,” Wayne Sorrell said. “Hopefully it impacts very good sooner than later.”