Coffee and Donuts- Oh My! 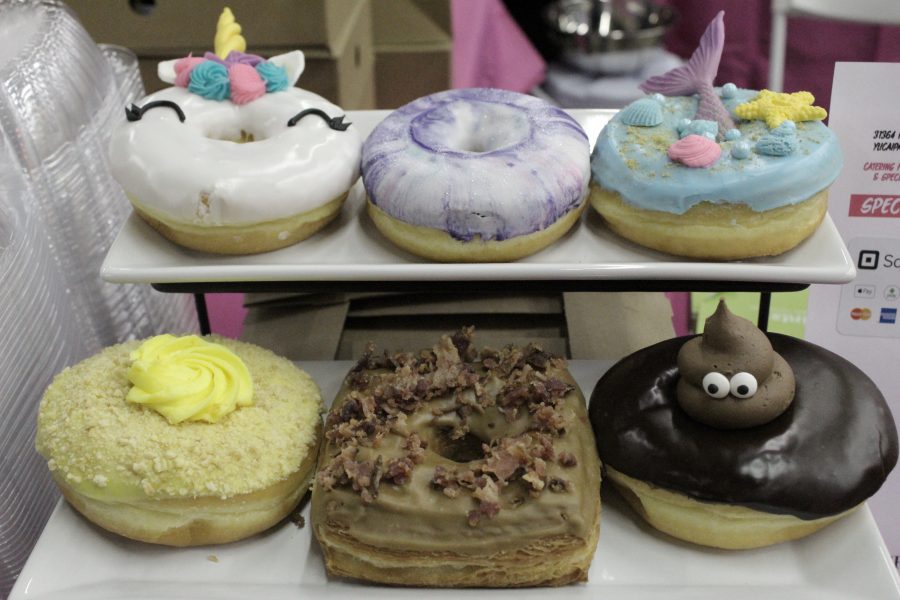 It’s 7:55 a.m. on Saturday Feb. 23 in San Bernardino at the NOS Events Center. The gates are closed, but the people waiting in line are shaking from either excitement or from the cold weather. They are waiting for something warm and filling to soothe their hunger- coffee and donuts. Yes, you read that right. The Coffee and Donut festival pulled coffee and donuts from all over the Inland Empire, bringing their cheery morning faces and best donuts and freshly brewed coffees.

Entering the gate, donut enthusiasts take a walk towards a couple of food trucks and booths that serve food and coffee. An item that seemed to be somewhat bizarre and popular was the donut burger- a burger smashed between two glazed donuts. With every bite taken, the guests’ smile would only increase in size.

Inside of the building, those who organized the event stand in front of a table handing out tote bags that include merchandise vouchers and a raffle ticket to win a brand new guitar. The first thing that most people made their way towards was the build your own donut bar. We were given a plain donut with options to pile on top such as peanut butter, marshmallows, cookies, and different types of cereal. 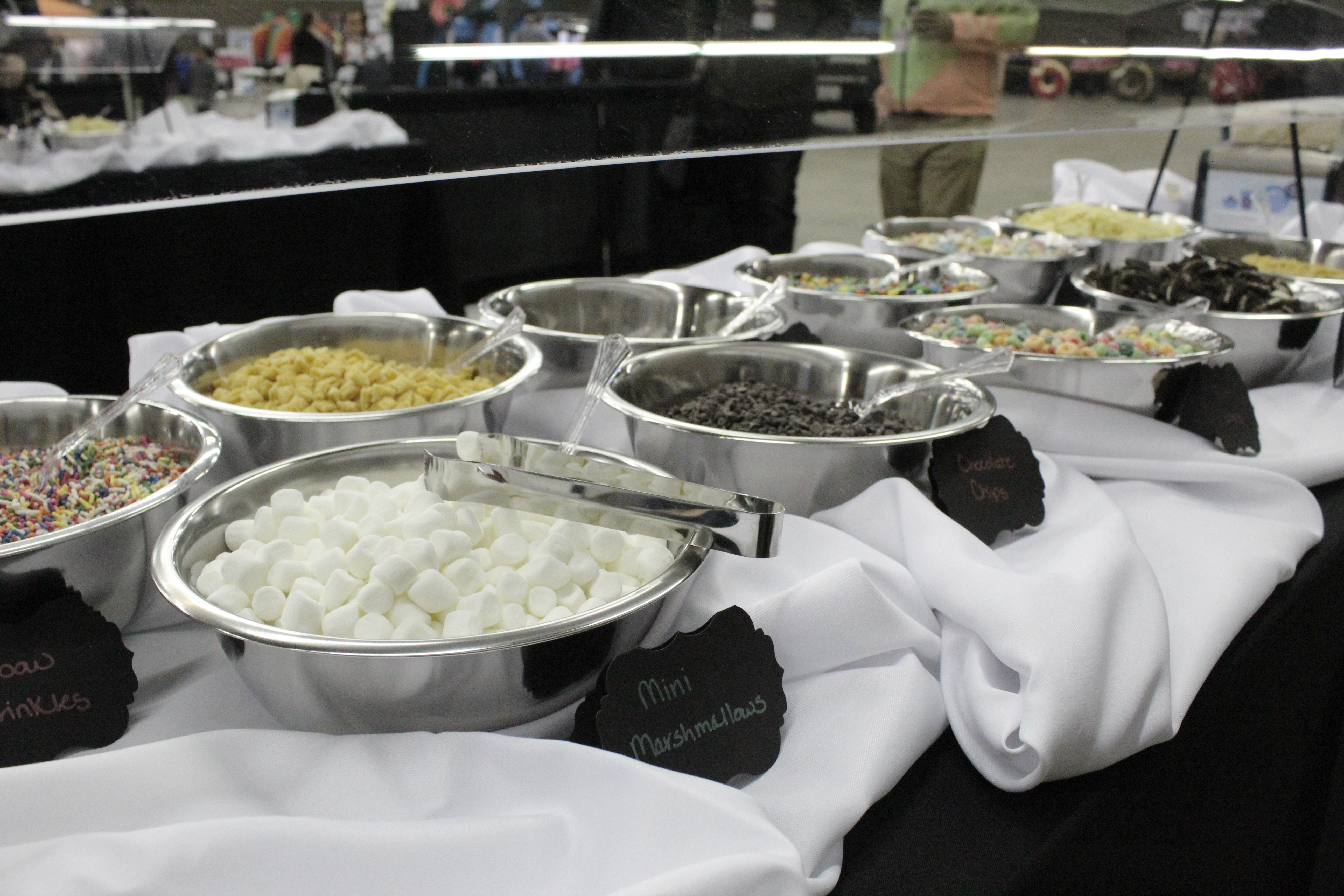 Walking around the venue was someone dressed up as a donut who was available for pictures. Also available for interactions and pictures are the “Donut Fairies” who walked around dressed in tutus with inflatable donuts and glitter. 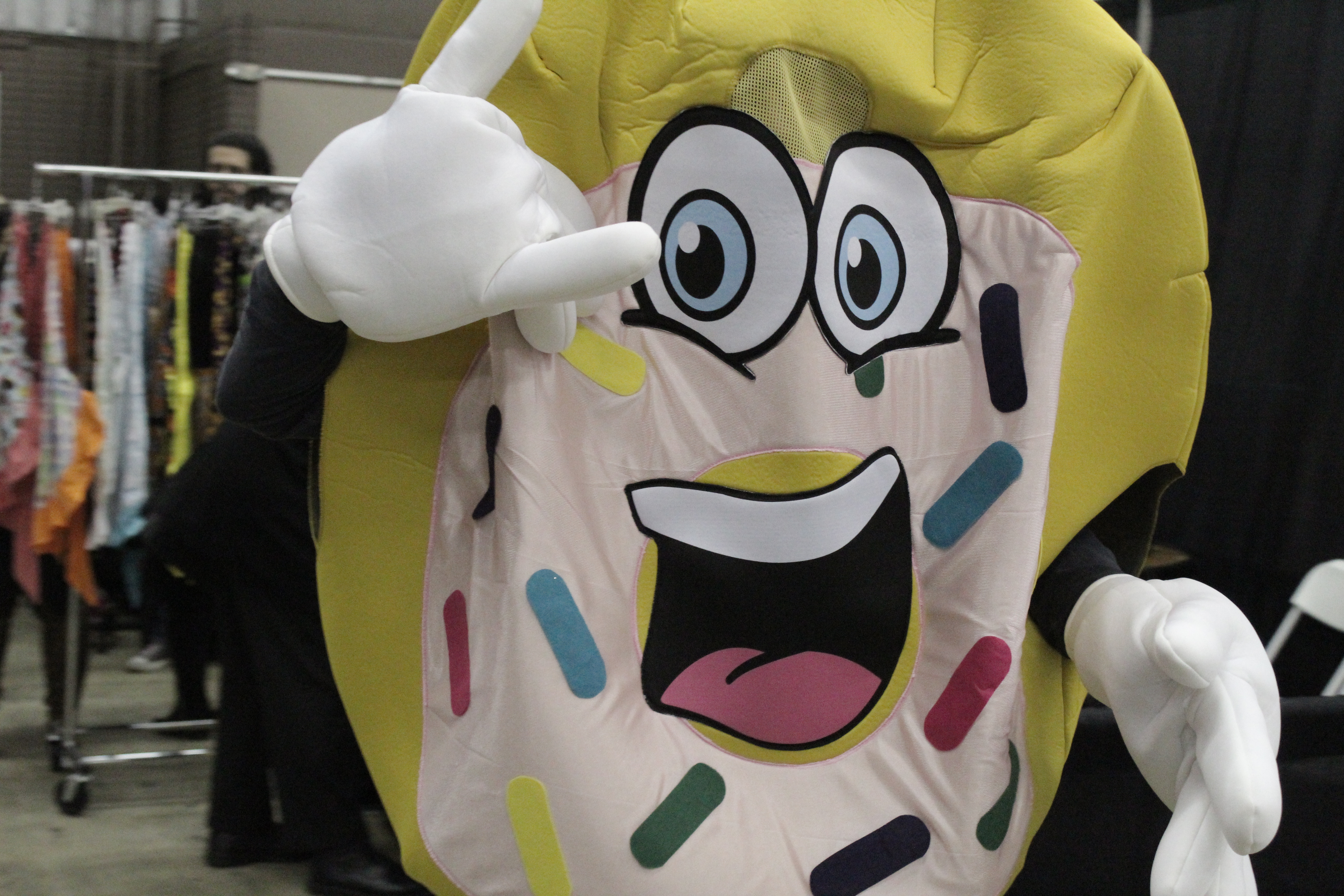 Between the numerous tents of donuts and coffee, a bunch of contests and activities took place. In the back of the venue behind the merchandise booth, two jumpers were inflated for all of the children experiencing any type of sugar rush.

Within a couple of hours, the first event taking place was the donut eating contest, which featured about 12 brave contestants. Once the contest began, everyone dug into their plate piled with donuts and washed it down with the water that was provided. At the end of the contest, the winner ate a whopping seven donuts, surpassing all of the other contestants. As the audience cheered, the hosts gave the winner a trophy with a little donut on top. 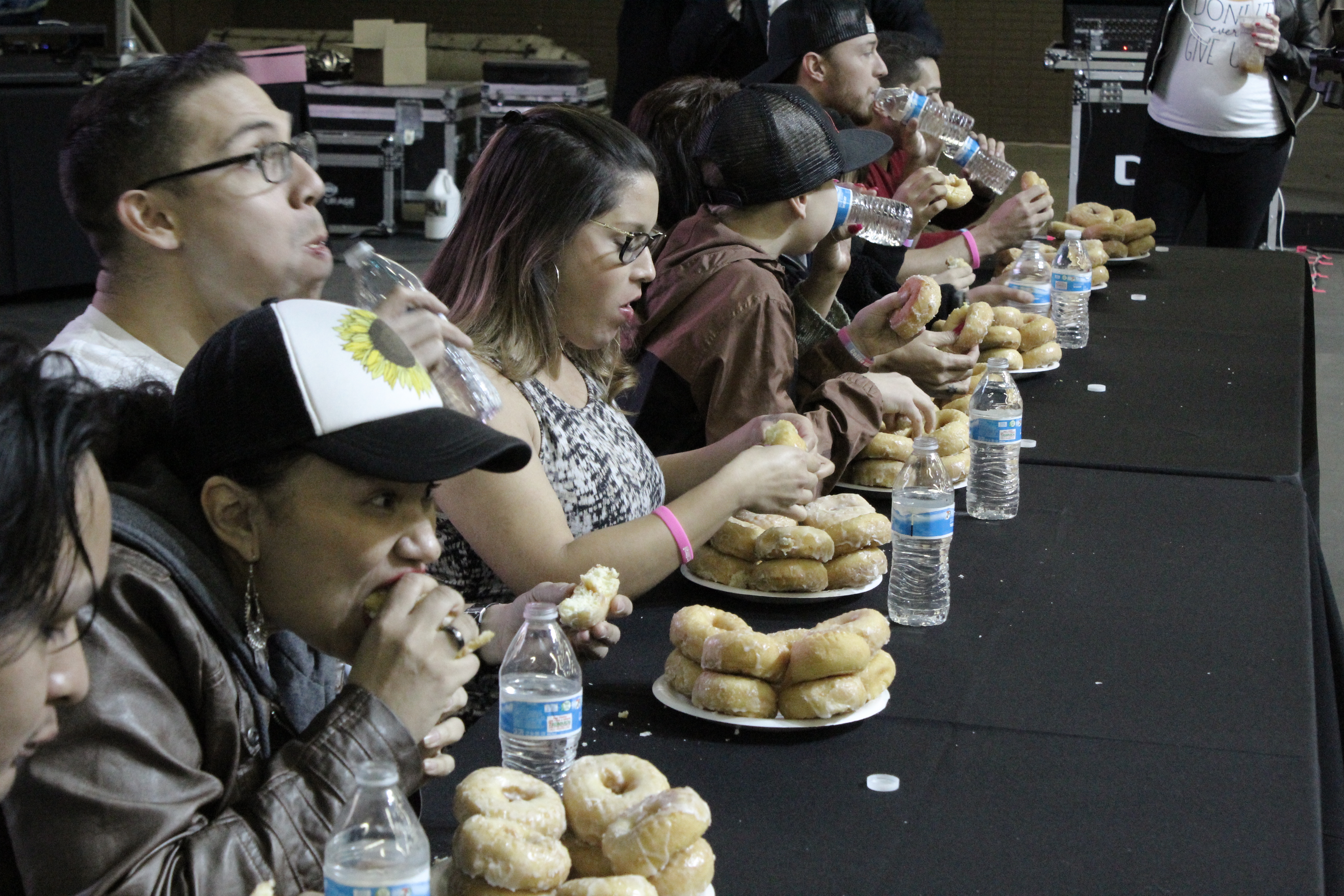 Walking around the event, I never realized how many different types of donuts can be made. At Baker’s Dozen Donuts from Corona, the donuts were unreal. Some were decorated as different popular cartoon characters and others were decorated with a simple glaze and multiple types of candy. Their line was hands down the longest out of all the booths. 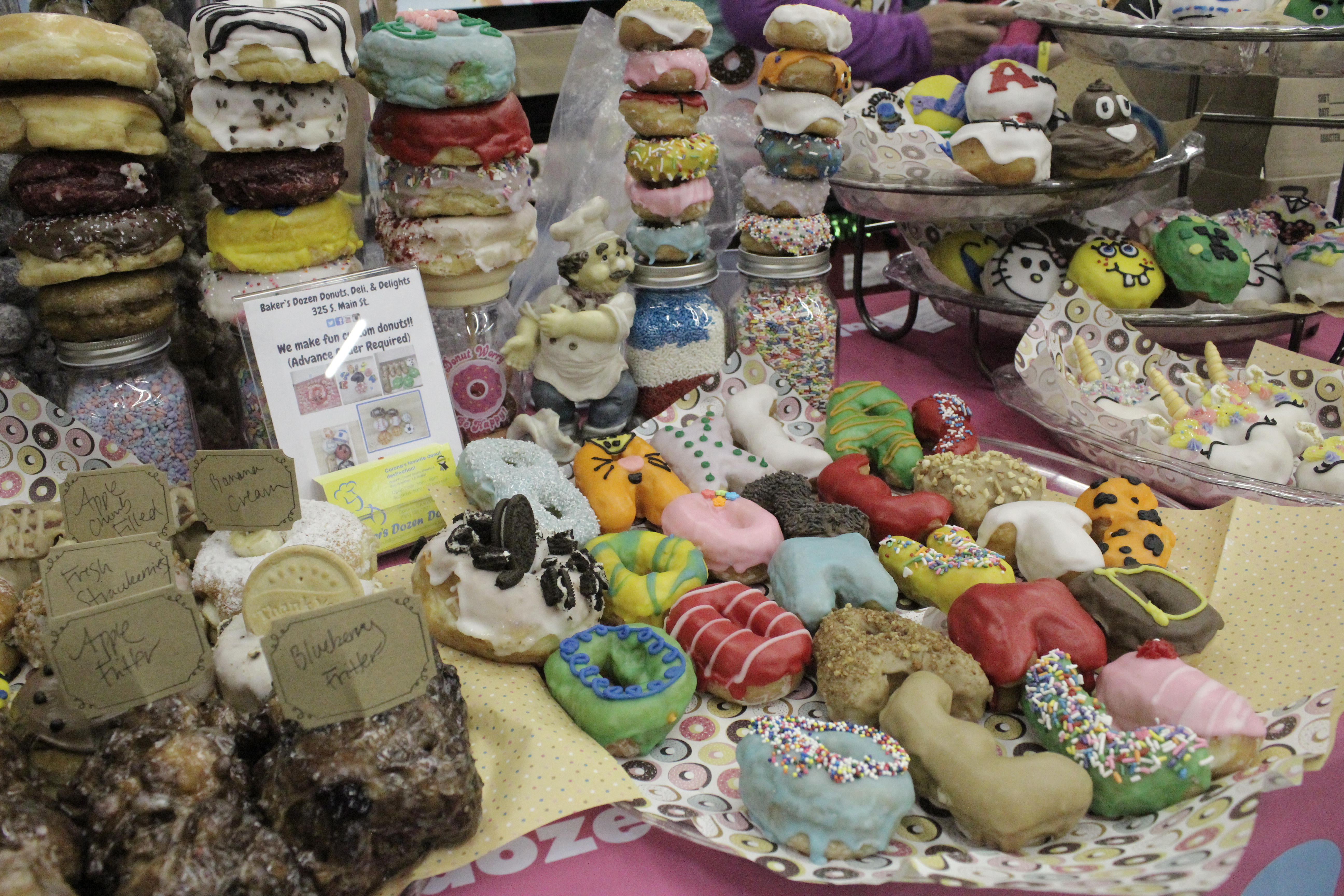 As the day progressed, the best donut and best coffee contest took place. Multiple people had previously submitted applications as to why they should be judges for the competition. Once they made their way to the stage, coffee and donuts were placed in front of them as they ranked their favorite items. For coffee, the first place winner was from a truck outside called iVibe, which describes themselves as “the coolest coffee company in the world.” The first place winner for donuts was Ontario Donuts from Ontario.

The sugar rush from this event was unreal for me. So many donuts, so little time. This event was super fun and the only complaint I have is wishing I had more room in my stomach.