Softball stays hot, baseball does not 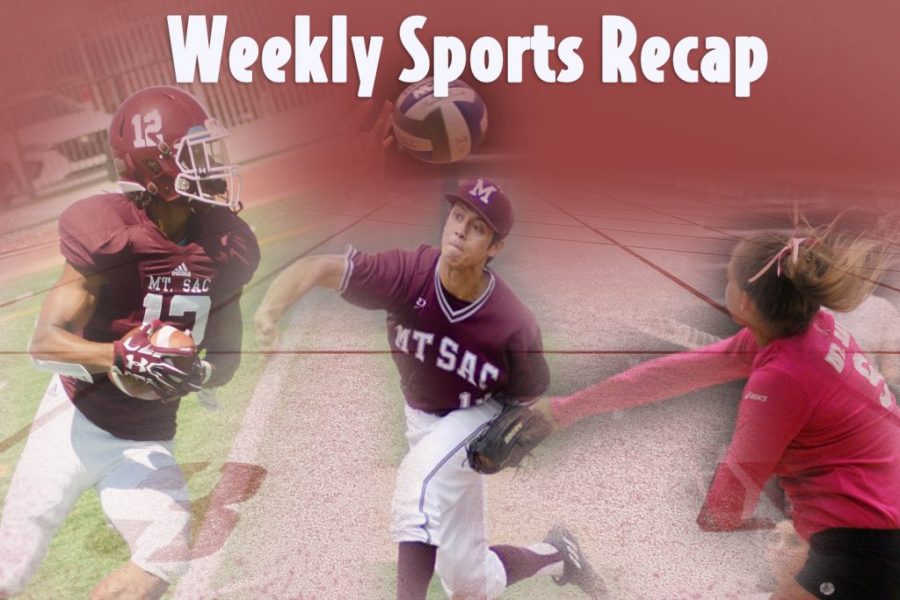 It was another big week for the Mt. SAC softball team as the number one ranked Mounties extended their win streak to 13 games. Meanwhile, baseball’s woes came back after they split last week’s games. Continue below for everything that happened this week in Mountie sports.

The baseball team started with a 1-0 loss to Compton on Tuesday despite a stellar outing for pitcher Jacob Kampen. He went five innings, gave up three hits, two walks, one run, and struck out five. Unfortunately, the one run was all Compton needed as the Mounties could only muster five singles. They bounced back against Compton on Friday with a 8-2 win. Caleb Ellis had two hits and drove in two runs. Michael Sandoval had a solo home run. The Mounties were able to run all over the place as they had eight steals. Wyatt Regis went six innings of shutout baseball. He allowed four hits, two walks, and struck out six. They would then fall to Cerritos on Saturday in a slugfest, 13-11. Dylan Zavala finished a double shy of the cycle, going 4-5 with six RBI, including a home run and two triples. Michael Rosales had a two-run single as well. Matt Garcia had a rough outing in relief. He went 1.1 innings, giving up five hits, five runs, and a walk. The team now falls to 9-11 and will look to bounce back against Cerritos on Tuesday, March 12.

It was another dominant win for the softball team, as they beat Chaffey 11-2 on Tuesday as their shutout streak ended at four but extended their winning streak to 13 games. After falling behind 2-0 in the first, they went on to score 11 unanswered. Adriana Ramirez had a two-run home run, Vicky Gutierrez had a two-run triple, and Ciara Granado also pitched it with a solo homer. Briana Wheeler picked up another win. She went five innings, giving up two hits, three walks, two runs, and striking out six. The game against Compton on Thursday was postponed. They will look to extend it Monday, March 15 against Santa Ana.