Police incident on campus results in shut down of Student Press

Students told not to speak to the student media 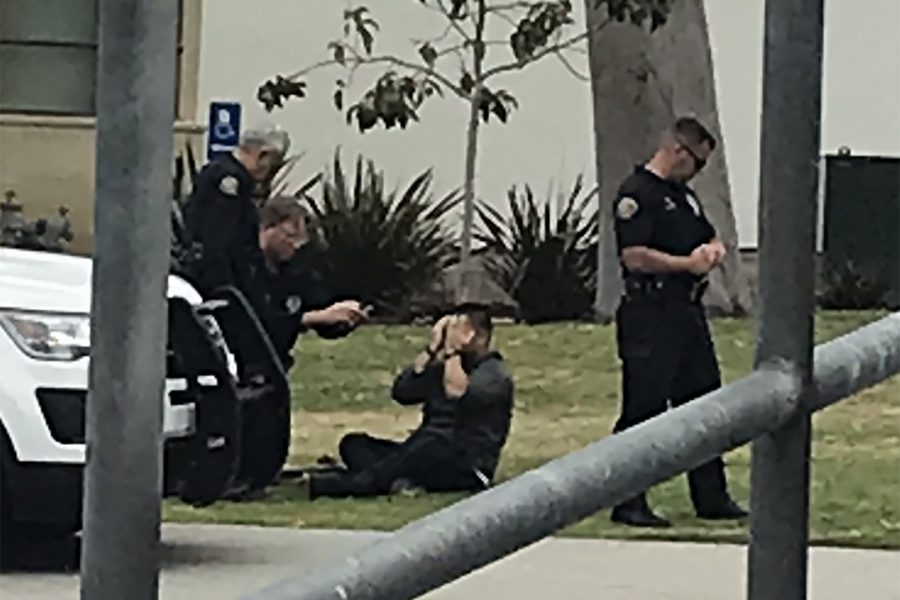 The campus’ daily crime log documenting what transpired April 3, which is public record, was supposed to by updated within 48 hours of the incident. It was not. We also requested the incident report the same day, in an email to Stephanie Bolechowski, Administrative Specialist IV, at 3:51 p.m and left a voicemail on April 4 directly for Interim Police Chief Michael C. Williams. We have received no response. On April 5, our news editor Josh Sanchez followed up with public safety in order to obtain the report. He was told Bolechowski was not there to respond regarding the status of the report. When he followed up on Monday, Sanchez was told the person who redacts the reports was not in and that the report was not ready. Prior reports Sanchez requested on March 26 were not ready either. As of April 9, the crime log has not been updated. Sanchez contacted Bolechowski again and she said the reports were being redacted by Williams and that he had not been in the office yet. She also said she was not sure if the incident was related to the petty theft incident in the crime log that also occurred on April 3 around 1:30 p.m.

On Wednesday, April 3, an incident occurred on campus involving an unidentified male and the campus police. Around 3 p.m., three police officers had detained a young man, who was sitting down on the ground in the area behind Founder’s Hall between buildings 19 and 11, also known as science north.

The man on the floor was crying while cradling his head in his hands. The cops were loud and yelling at him. They were in close proximity of the man and yelling in his face.

One officer was standing with hands behind his back facing the onlookers. The officer would move to wherever someone was trying to get a better view of the situation and appeared to be blocking their line of sight. The officer directed witnesses and onlookers to keep walking away from the scene.

Another officer then approached two male students and spoke to them, shaking their hands.

SAC.Media reporter Mitzi Vazquez, 19, left the scene toward Miracle Mile to ask two male students what they witnessed. She identified herself as a student reporter for SAC.Media. One of the men asked her to verify that she was a staff reporter and Vazquez confirmed that she was. According to Vazquez, the two male students told her that the officers told them they cannot give any sort of information to anyone, especially the student press.

Vazquez asked if she could get their names for her records, and the students told her the police had told them they “were not allowed” to give the student press their names.

Vazquez went back to the scene, at which time the officers and man had left.

She approached two different students by building 11 who were willing to speak.

Vazquez said one student told her she felt scared and was visibly shaking. The female student, who identified as African American, told her that as a minority she felt this is not the correct way to handle things.

SAC.Media contacted Public Safety the day of the incident and requested an incident report, and again at 11:30 a.m. on Thursday for details about the incident. The office has until tonight to release the report. When phoning the department to request to speak to someone about the incident, the reporters were transferred to Interim Police Chief Michael C. Williams and left a voicemail.

This is an ongoing story. Check back for updates.