The Next Finish Line is the Slaughterhouse 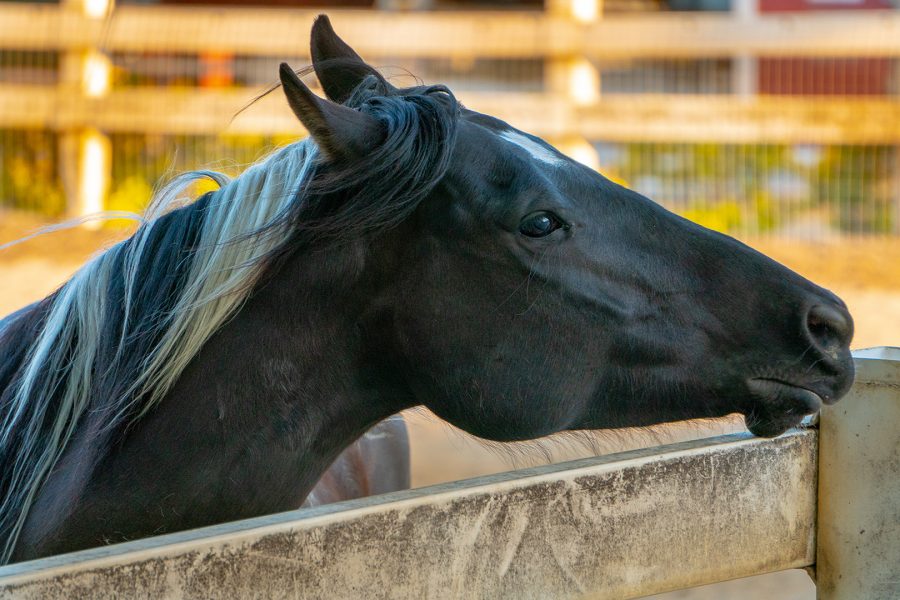 Horse Keely arrived as an orphan to Red Bucket Charm Farm in Chino Hills. She is still being raised there. Photo credit: Travis Jepeway/SAC.Media.

Another horse has died from injuries sustained while racing at Santa Anita Park racetrack, and it is time to take a deeper look into why horse racing is still a thing. When professional sports leagues, like the National Football League, are constantly introducing new rules to the game to make the game safer for the athletes, one can only hope the same thought and care goes into horse racing. Athletes at least have a voice and can opt out of games, but these horses cannot. They are not looked at as animals, but as an investment that needs to return a profit.

As of April 2, 2019, there have been 23 deaths at Santa Anita Park racetrack since Christmas Day 2018. On March 6, 2019, Time Magazine reported, “In 2017, 20 deaths occurred among a total of 8,463 starts over a span of 122 racing days.” This shows a drastic increase in recent deaths, begging the question of why racing has not been stopped all together.

Santa Anita Park racetrack, owned by The Stronach Group, recently imposed stricter rules and regulations to try to make the track safer for the horses. Chief Operating Officer, Tim Ritvo, stated through the park website, “The safety of our equine and human athletes remains our highest priority.”

Horse racing has been popular since before the first Olympic Games in Greece; however, organized horse racing did not start in America until after the Civil War. Little by little, horse racing became more organized, and eventually racebooks opened up to take wagers on certain races.

Horse racing is not a cheap sport to enter, as it requires not only purchasing a horse, but feeding, housing, training, and caring for the animal, as well as hiring a jockey to race it and paying the entry fee to race. It was reported by Money Magazine in 2016 that it costs around $60,000 per year just to take care of a race horse. Winners of some of the biggest horse races can win several million dollars, and even just placing could bring in $25,000 or more. Money also stated that most owners will end up losing money in the long run if the horse does not win races or have a demand for breeding.

When a race horse starts winning and doing well, the owners can breed it with other horses for a hefty price. As reported by The New York Times, American Pharaoh, the winner of the first Triple Crown in 37 years, can mate more than once a day. The owners charge upwards of $200,000 for each time he mates. This would bring in tens of millions of dollars annually. This more than covers the estimated $60,000 per year to maintain the horse, and this is also the hope for many horse owners.

Just like with any industry where there is a lot of money to be made, there are people who try to cut corners and break rules to come out on top. This can lead to owners and trainers putting an injured horse on the track on medications in order to try and win, as they cannot take the financial hit from not racing.

In other words, the owners need the horse to win. This sort of pressure is hard enough, and when the horse is no longer of racing value, they are quick to move on from the horse. This often leads to the horse being sold in an auction to either someone who wants to rescue the horse and keep it as a pet, or more often, sold to the meat market.

PETA People for the Ethical Treatment of Animals reported that there were 130,000 American race horses sent to Canada and Mexico for slaughter in 2015. They specified, “The thoroughbred-racing industry sends an estimated 10,000 horses to slaughter annually,” which they added “means that half of the 20,000 new foals born each year will eventually be killed for their flesh.”

The Washington Post reported that the United States ban on selling and serving horse meat could be lifted. Horse meat is eaten in other parts of the world, and is even considered a delicacy in Japan. Not all horse meat is the same, however.

Race horse meat is not the same as factory farmed animal meat. Race horses are constantly treated with certain medications, such as anti-inflammatory drugs. This means that the meat will then contain these drugs and be transferred to the consumer.

Nicholas Dodman, professor at Tufts University School of Veterinary Medicine, wrote in a report published in 2010 that race horse meat “is about as healthful as food contaminated with DDT Dichlorodiphenyltrichloroethane.” Originally developed as an insecticide, DDT is “regulated by the Rotterdam Convention on Informed Prior Consent,” as well as “prohibited or severely restricted by the Stockholm convention.”

Santa Anita Park racetrack opened on Christmas Day in 1934, and has had several horses die at the track each year. When athletes are killed in a sport, major changes are made to prevent any further deaths. Sports even take precaution to minimize injury to their players. It is time that horses get the same treatment, as they are performing at an elite level and potentially earning its owners a lot of money.

Horses are not an object, nor a commodity. These are strong and powerful animals with a desire to roam free. It should be considered wrong to force any living thing to do something they can not agree to do. It’s time to put an end to horse races.

In the words of Scottish rock singer-songwriter Gerald Rafferty, “A horse loves freedom, and the weariest old workhorse will roll on the ground or break into a lumbering gallop when he is turned loose into the open.”