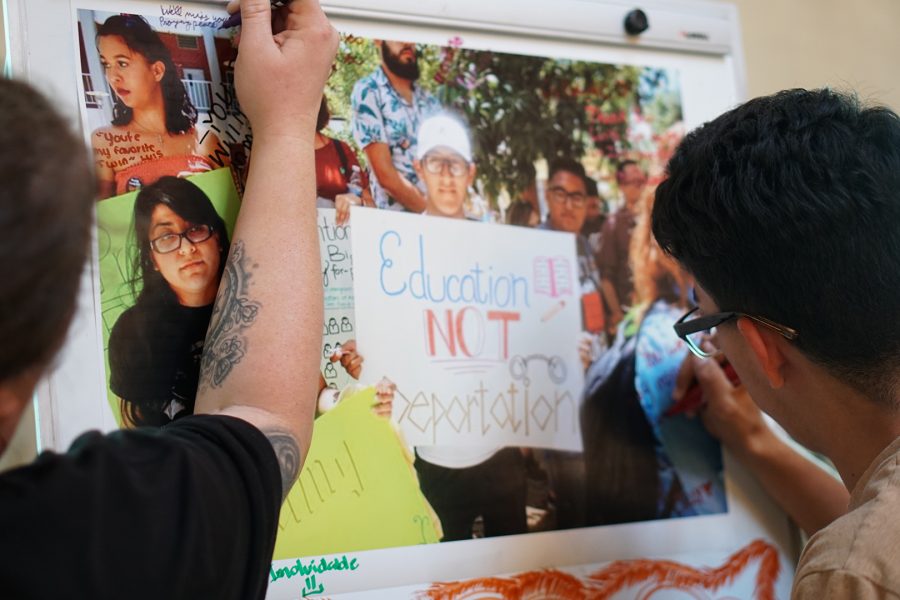 The Male Minority Initiative, which is designed to end gaps in equity for male students of color at Mt. SAC, held more than a dinner for their April 24 meeting.

They explained the masks men wear and encouraged students to talk about these masks in their table groups and then go into the reasons why males wear these masks.

Then they unmasked a tribute for one of their members, Luis Sanchez.

DREAM program counselor Laura Muniz said he had the sweetest smile and a clean heart, and that he would tell Muniz that there would be times he would be late but made sure to let her know when he arrived.

English department chair Gary Enke spoke on how Sanchez was an inspiration and uniter in his English 68, 1A and 1C classes. Enke added that despite having trouble breathing, he made the effort to march from MacArthur Park to Echo Park to show support for the movement.

Another individual shared that he would personally walk all three sets of stairs instead of taking the elevator, and was offered to only take 20 questions on a 100 question anatomy test, but took all questions and received a 97 percent.

In the Equity Center an altar has been created in his honor, and there will be a viewing for Luis Sanchez alongside rosary services on April 29 at 27 Chestnut St. in Pasadena from 5 to 8 p.m.