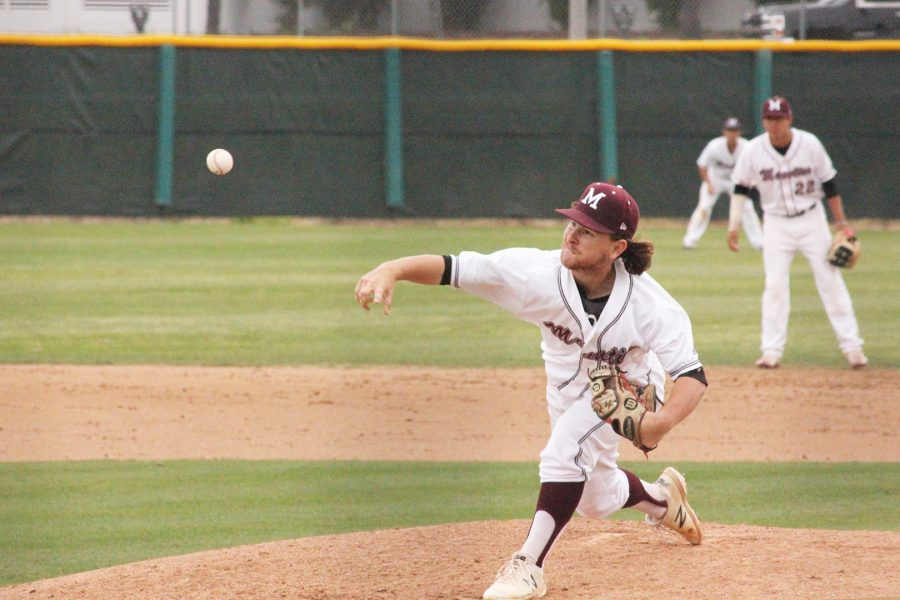 As most of the spring sports prepare for their respective playoff runs, they also face the challenge of finishing their regular seasons on a high note. The softball team finished their season as the number two ranked team in the state, while the swim team captured their sixth consecutive conference championship. It’s ring season at Mt. SAC, and we’re barely getting started.

The baseball team won two out of three against East Los Angeles last week. They won the first game on April 23, 11-2. Kyle Koontz had four hits and two RBIs, Michael Sandoval had three hits and three RBIs, and Jacob Dominguez had a pair of hits and RBIs. Noah Woodall did a good job to give up only two runs on 10 hits in six innings to pick up the win. They were shut out on April 25, 3-0. The Mounties were only able to muster five hits. Tyler Hazlett gave up all three runs in just four innings to take the loss. They won the rubber match on April 26, 4-2. Sandoval broke the 1-1 tie in the eighth with a three-run homer. Steven Ordorica picked up the win out of relief. He went 4.1 innings, giving up one run on two hits and two walks. The team moves to 22-17 on the season and will head to the CCCAA regional playoffs against Santa Ana starting on May 3.

The softball team’s winning streak has gone up to 14 with a pair of wins last week. They won 10-3 against Chaffey on April 23. Ally Longtree had a couple of solo homers and Quinn De Avila added one of her own. Alexia Silvas went three innings and allowed two runs on two hits and a walk, while striking out four. They then beat East Los Angeles handily in five innings, 9-0. Ciara Granado hit a two-run homer, while Candace Haliburton and Vicky Gutierrez also drove in two. Briana Wheeler was dominant like always. She picked up her 21st win of the season, allowing one hit and one walk, while striking out 11. The team is now 36-4 and will play either Cerritos or Orange Coast in the CCCAA SoCal Regional First Round on May 3.