The Dying Magic of Disney 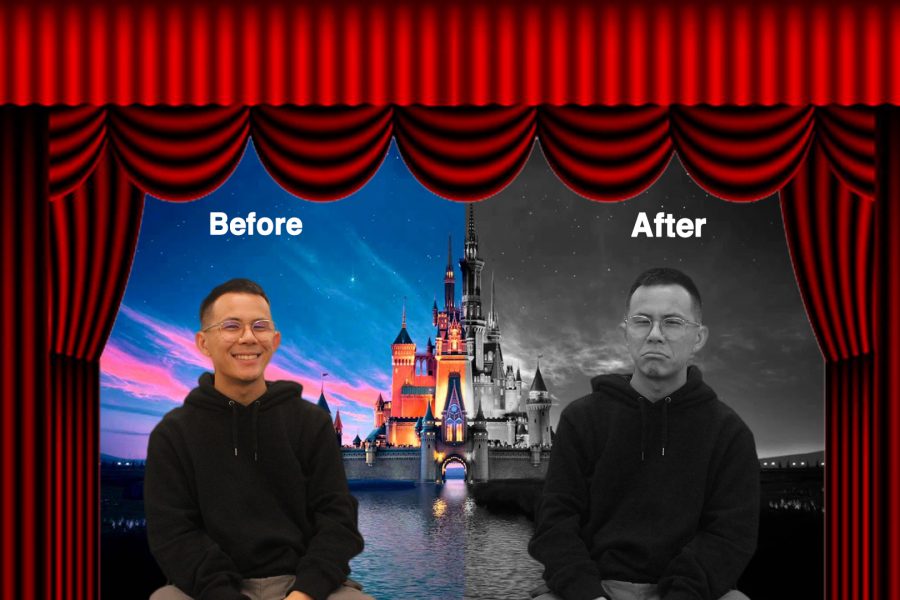 Live action Disney movies have lost their magic. Disney movies had stories that pull on heart strings and bring joy, love, and wonder to millions around the world. But with new releases such as “Cinderella,” “The Jungle Book,” “Beauty and the Beast,” and “Dumbo,” Disney has turned these classic tales and twisted them into live action movies.

“Dumbo” debuted on March 29 and even though there was so much promotion for the movie, it still crashed and burned at the box office. According to Box Office Mojo, an online website that monitors box office information on films, “Dumbo’s” opening debut earned $45 million, coming in far short of the $50 million that Disney expected. Currently, Disney’s “Dumbo” earned $111 million in the United States and earned $344 million world wide. Disney needed to make $340 million just to break even, so essentially the film just barely made enough money to scrape by.

Despite the film having Tim Burton as the director, the film fell flat. Burton’s style of whimsy meets noir could not be seen in the storytelling. The message of family was lost on the massive cast, the overproduction, and the shock value.

Could it be that Disney’s move to be a part of the live action blockbuster genre might backfire?

Dumbo has a 46 percent rating on Rotten Tomatoes. Why is Disney spending so much money on making okay movies, instead of great ones?

“Beauty and the Beast” made triple the amount than what Disney was expected to earn. The promotion for the film was a success, with each teaser and trailer helping to increase the hype on social media. But after the initial excitement of the movie being out in theaters, many ended up not enjoying the live action film as much as the classic.

After the teaser trailer for Disney’s upcoming movie “Aladdin” was released, people did not shy away from criticizing Will Smith’s Genie. Memes quickly went viral on Twitter and many compared the new live action Genie with Robin Williams’ beloved animated classic. One person tweeted, “That did nothing for me and Aladdin looks terrible. Gonna stick with the animated classic that never needed a live action movie to begin with.”

“The Lion King” trailers are no better. The realistic animation that is so overused in these films do not represent the classic characters. In fact, these characters are nearly unrecognizable. I have a good friend who is a real Disney nerd. He recently ranted about the new “The Lion King” trailer on his Instagram story. He posted, “All of the energy and life is just gone from it… It looks so boring.” This comes from someone who goes to Disneyland regularly, wakes up at 3 a.m. to wait hours in line for Disney pins for his Disney collection, and who loves Disney movies.

Disney also casts actors and actresses for the sake of name recognition. Emma Watson was cast in the role of Belle in the 2016 “Beauty and the Beast” live action movie. At first, Disney fans were ecstatic about her playing the role, especially since many grew up with her as Hermione Granger in the “Harry Potter” movies. But she was not right for the role as Belle.

Her singing skills were inferior in comparison with Paige O’Hara’s voice in the 1991 classic “Beauty and the Beast” movie and was forgettable and pathetic.

Watson had name recognition which resulted in fans seeing the movie. Watson has said she loves the character Belle, but this doesn’t make up for her lack of vocal talent. Moviegoers noticed the auto tuning on her voice, and once it’s pointed out, it’s hard to think of anything else. Even with the auto tuning, her voice was still overshadowed by her cast mate, opera singer Audra McDonald, who played a closet.

Make movies because you want these stories to be brought to life in the most beautiful and caring way. It shouldn’t be all about the money, but instead, about the fans and generations of fans to come. Think about the millions of teenagers and adults who have grown up watching the classics and imagine them walking out of the theater for the first time feeling the joy, the love, and the magic of these movies. Bring back the magic, Disney!