Queer is not just a trendy experience; it’s an identity 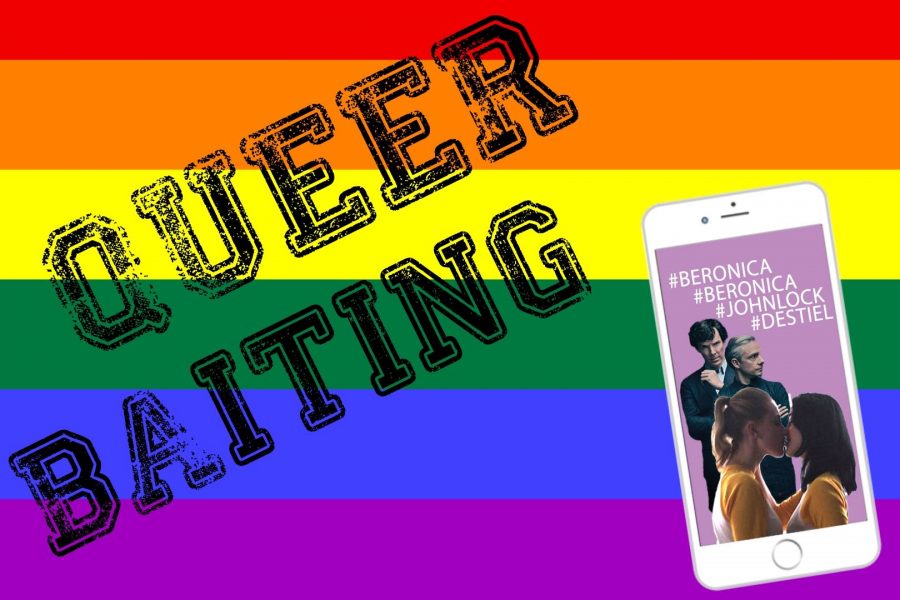 The media is guilty of queerbaiting to draw people in under the guise of being diverse and “showing representation” in order to gain attention. We often hear that sex sells, but now it’s more like queer sells. While the media has been making strides in having inclusive and more diverse content, there have been instances of exploiting queer identity and culture for profit rather than genuine representation.

Queerbaiting is the tactic to use queer relationships or status in order to gain more viewer intrigue and participation from the queer community. The most recent controversy with queerbaiting involves none other than the pop icon Ariana Grande. It started with the release of her music video “Break up with your Girlfriend” and then escalated with her next song “Monopoly” featuring Victoria Monet. Grande’s music video for “Break up with your Girlfriend” fixated on Grande’s infatuation with the male lead, but in the last seconds of the video, the audience is given a glimpse of Grande kissing the girlfriend instead. This caused more attention and speculation on whether or not Grande was hinting at being queer. Then a few months later, “Monopoly” was released, where the lyrics sung by Monet and Grande stated, “I like boys and girls,” which further increased attention on Grande’s sexuality. There has been no explicit confirmation other than Grande tweeting about not needing to label her sexuality.

Agreed. She doesn’t need to label her sexuality. It isn’t anyone’s business but her own. That doesn’t mean it still isn’t queerbaiting.

We have seen plenty of examples in the music industry profiting from queerbaiting: Katy Perry’s “I Kissed a Girl”, T.a.T.u’s “All the Things She Said” and Rita Ora’s “Girls” featuring Charlie XCX, Bebe Rexha, and Cardi B. Not only do these music videos queerbait, but they also reinforce bisexual erasure in the way the lyrics sexualize and romanticizing being queer. With lyrics like “Red wine, I just wanna kiss girls, girls, girls” (Rita Ora’s “Girls”) or “You’re just my experimental game/Just human nature” (Katy Perry’s “I Kissed a Girl”) implies that being with girls is a passing moment to be had when drunk. Being queer extends beyond drunken kisses, and it deserves to be recognized as an identity and not an experience.

While queerbaiting has been more recently receiving controversy in the music industry, it is more prevalent in the movie and television industry. Disney’s Beauty and the Beast remake promoted one of its major changes to the story with the inclusion of an openly gay character—Gaston’s manservant LeFou. In an interview with Attitude magazine, director Bill Condon commented on LeFou’s character and his feelings for Gaston:

“LeFou is somebody who on one day wants to be Gaston and on another day wants to kiss Gaston,” Condon said. He then continues on to discuss how this would feature Disney’s “first exclusively gay moment” with LeFou.

But it isn’t until the very end of the movie where we see this “exclusively gay moment.”

It is in the final ballroom scene of the movie, and everyone is dancing to “A Tale as Old as Time” when we see a surprised LeFou have a random man spun into his arms. The camera holds for a few seconds as they twirl away, and then it cuts and never returns to them again. The scene was certainly a moment due to how short it was, but failed in its delivery and meeting audience’s expectations after promoting the scene as something more noteworthy. Disney’s Beauty and the Beast certainly queerbaited the audience into expecting more from LeFou and Gaston, but at least it wasn’t intentionally exploiting queer culture.

We see this exploitation being used in CW’s broody teen drama, Riverdale, when it showcased its two female leads, Veronica and Betty, kissing in the first episode. The reason for the kiss? To get on the cheerleading squad. The faux-kiss adds to the harmful notion that girls kiss girls for attention and continues the toxicity of bisexual erasure.

The series moves forward with its dramatics and sweeps the kiss under the rug. Betty and Veronica’s friendship is the only relationship that will exist between the two girls, and the series proceeds to fixate on the drama with their male love interests. Riverdale was blatantly queerbaiting from the beginning, using the faux-kiss in promos and teasers long before the series officially aired. It gave the impression to audiences the potential of a lead queer romance in a mainstream show, but instead used queerness as a way, just as the characters did in the show, to seem trendy and hot.

The media needs to stop queerbaiting to attract the queer audience under the guise of having a representative storyline. You can’t have two characters of the same sex and kiss and call it “representation.” You can’t make a song about “kissing girls while drunk and hope your boyfriend don’t mind it” and call it being bisexual.

There are queer singers who deserve more attention and don’t use their sexuality as a way to gain views, but rather to tell their own experiences. Hayley Kiyoko’s “Sleepover”, Troye Sivan’s “Lucky Strike”, Sam Smith’s “Him”, and even Kehlani’s “Honey” provide a more authentic insight and connection to the queer community. Movies such as Brokeback Mountain, The Kids Are All Right, Saving Face, and series such as Modern Family, The Fosters, and Pose contain stronger narratives that appeal to the queer community and don’t need to resort to fake kisses in order to be binge-worthy.

Having a queer character or even simply presenting as queer does not mean it is “representation.” Representation is providing meaningful stories and conversations that are complex and not a checklist of what the queer community craves for in representation. Stop promoting queerness as something fashionable and trendy.