Student-Athletes Must Be Paid

Signing with a school should not sign away your life 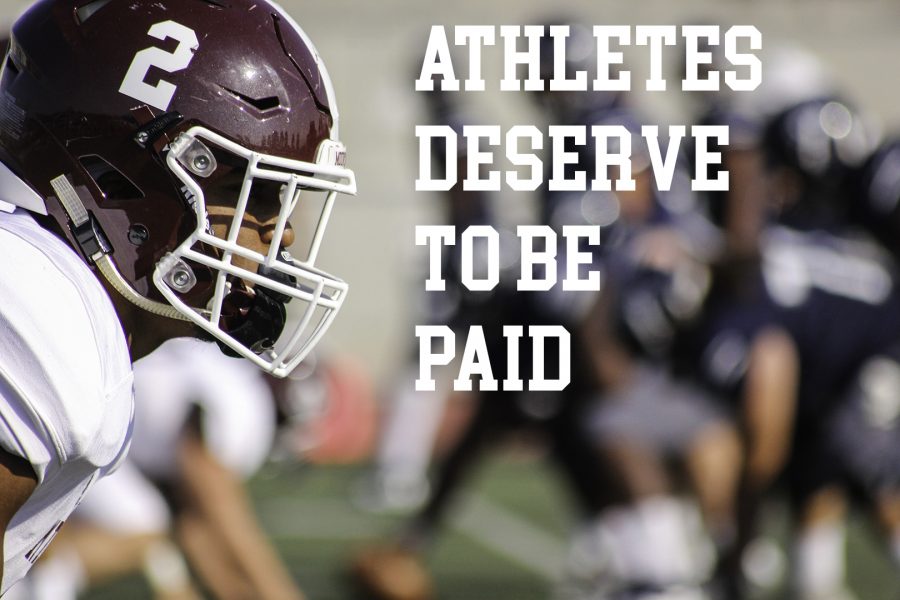 As universities and athletic departments across the country continue to succumb to their self-imposed scandals, collegiate student athletes deserve to be paid now more than ever. It is time for Division 1 athletes to finally be compensated for their tears, sweat, blood, and lives.

Jordan McNair is a Division I athlete. Not many in this country can say that. The 325-pound offensive lineman out of Baltimore, Maryland is a football player for the University of Maryland. Tonya Wilson and Marty McNair, his parents, are proud. Less than seven percent of high school athletes will play a varsity sport in college and less than two percent will play at a Division 1 school. Only the elite of high school athletes will be able to don a jersey of a big-name university. However, although it seems like the life of a college athlete is one to envy, there is more to it than what meets the eye. A much darker side. Just ask Jordan McNair.

The average Division I student-athlete will dedicate 43 hours to his or her sport per week. If we are keeping count, that is three more hours than the average work week. But that is the name of the game. Workers work long hours with a reward at the end. Money. The check coming in at the end of the week is what propels people to continue working. That is not the case for student athletes. They do not get that pleasure. They are not paid.

The word ‘student’ is important to remember. Apart from using most of the week to practice, train, and improve in their sport, student athletes are also tasked with an academic workload. In order to put on that glorious uniform on game day, a student athlete must have competent grades. I am not here to say that the academic workload is too much. What I am saying is that these athletes spend their time working. They work on the field and in the study hall, living up to the golden standard of what a college student should be. They work and work and work. There is sweat, but there is no pay.

The reason why this is so unjust is because the NCAA, the organization which regulates both athletes and schools, brings in around $990 million per year. In 2018, the NCAA passed a billion dollars in revenue coming from media rights fees, ticket sales, corporate sponsorships, and television ads. One billion dollars. Ticket sales are sky high because people want to see these student athletes play. Media conglomerates throw wads of cash at the NCAA for television rights because they know how much people will tune in for a major college basketball game. The NCAA’s most recent deal for broadcasting rights was a 10-year deal with CBS Sports and Turner Broadcasting worth over $10.8 billion. The NCAA is making money because of the student athletes. They enrich themselves as the student athletes work.

What is overlooked as well, is the pain these student athletes go through. According to the NCAA, there are approximately 41,000 injuries over a five-year span. This is something that stays behind the headlines because it happens so often, it’s the norm. A great number of them are even career-ending. Insurance policies in college football are a travesty. A football player who wishes to acquire protection in case of a major injury or even a career ending one, must purchase it out of pocket, unless they are projected to be drafted in the first three rounds of the NFL Draft. This means that only around 100 college football players will have some sort of coverage, so for the rest of the players, it is up to them and their families to buy insurance, but the pain doesn’t end with injuries.

Jordan McNair was a Division I athlete, but not anymore. On May 29, 2018, McNair collapsed during an intense afternoon workout for the University of Maryland’s football team. He was hospitalized after showing signs of extreme exhaustion, which included a seizure and heat stroke, and was soon airlifted for an emergency liver transplant at a nearby hospital. McNair died fifteen days later. Since 2000, there have been over 30 deaths in college football. Lives have been lost, but there is no pay.

The NCAA says they care about student athletes. They say that as they count their money and rule many athletes ineligible for taking some money to sustain themselves. The monopoly known as the NCAA has forced athletes to find other ways to survive. If that means taking money from outside sources to be able to eat, then so be it. Those put in place to regulate have done a horrendous job and it is truly embarrassing. The truth is that power does not corrupt. It is the fear of losing power that corrupts. In this moment, there is no organization more fearful than the NCAA.