Don’t Be a Drag, Be a Queen 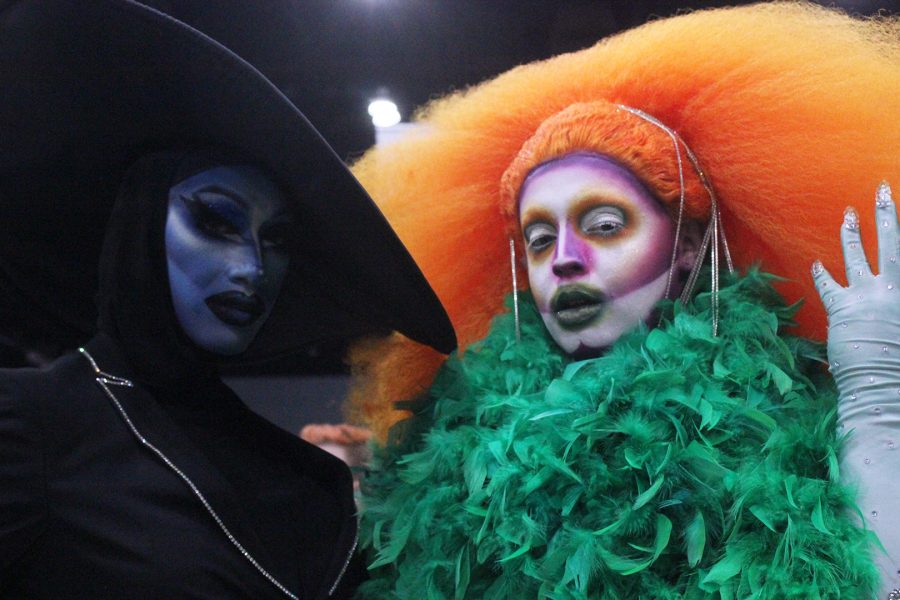 Drag queens, Alpha Andromedy (to the left) and Catinni P. Vandon (to the right) at RuPauls DragCon on May 26 in Los Angeles, CA. Photo credit: Lauren Berny/ SAC.Media.

Setting foot on the pink carpet, attendees were in awe of the glamorous drag queens walking like it’s their own personal runway, each one with makeup that shimmered with a plethora of different vibrant eyeshadow colors, lipsticks, and thick eyelashes that would blow even Kim K away. The outfits were whimsical, sophisticated and powerful; with some drag queens dressed as wizards, monsters, and even a hot dog. Everything from the big poofy skirts to the skin tight bodysuits.

But RuPaul’s Drag Con was not only about the drag queens; there were also vendors at the event. They were selling everything from makeup, like the big booth for Morphe that had sales up to 45 percent off. There were also clothing brands such as Wardrobe Divas, and artists selling their work such as Harvey Del Rey.

Overall, it was both beautiful and over the top in the best possible way, and fierce as hell. This year’s Drag Con was a party that welcomed everyone to let their hair down, dance and strut their stuff down the beautiful, fluffy pink carpet.