Mad About Abortion? Don’t Have Sex

If you do not want to take the other precautions, just avoid sex altogether 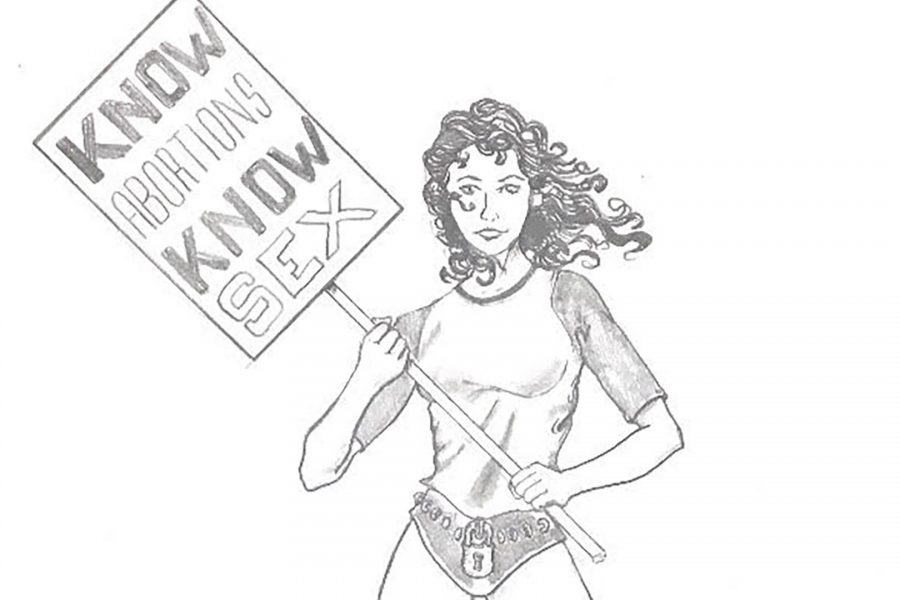 Before this piece is entirely dismissed by a certain subset of the population because it is written by a straight white male, I would like to remind everyone of a famous phrase from a prominent female in 1982:

Former first lady Nancy Reagan’s simplistic approach to the manufactured war on drugs, in reducing abstinence to a common catchphrase, is one that should really be reconsidered in this era.

With president Donald Trump rehashing and bastardizing her husband’s famous campaign slogan of “Make America Great Again,” it seems altogether fitting and proper that I bastardize this failed campaign into a rallying cry for sexual abstinence.

I am even joined by the lovely Alyssa Milano.

(Words I never imagined myself thinking before this latest craze.)

She called for a sex strike on May 10 to advocate for bodily autonomy and I have even joined her.

I am real dedicated to this strike thing, because I joined her before her movement – since I have not gotten any since my breakup two years ago with the only girl I’ve ever loved.

But I’m not getting a vasectomy. That is going too far.

That is like demanding the gal take the pill, and if you are even considering abortions the gal in your relationship is not on the pill, my friend.

Plus, eight to nine days for full recovery from a snip? That is almost as bad as getting an abortion where gals get a two days to two week full recovery time. With a 1 percent fail rate, we could both be seeing Dr. Feelgood for the upcoming weeks.

Milano knows this sex strike is a great idea, because even conservatives are on board. Mostly because they are afraid of sex or have spent longer than I have without being thrown a nice bone.

“We need to understand how dire the situation is across the country,” Milano told Associated Press. “It’s reminding people that we have control over our own bodies and how we use them.”

I support that control 100 percent, until it comes down to the law. Then I just get upset no matter how it is sliced.

Once we start determining absolutes like you can abort anytime anywhere, any place, and for any reason and start handing them out at Planned Parenthood, like it is an episode of Oprah, there are several concerns to that wanton disregard for personal responsibility.

Otherwise, we go into this dickensian handmaid’s tale where women are forced to keep the baby even if they were harmed in the process or if having the baby may kill them because of an overreaching state.

I can guarantee that depending on the side of the fence you like to shit on, you will have agreed with one of those two stances written above on abortion even though they are extreme exaggerations of the positions held by both sides.

Our policymakers do not seem to like or appreciate nuanced positions and neither do the general population.

The Roe decision was regretted by the woman involved who became a staunch advocate for the pro-life movement after having her case used to further the pro-choice movement.

It is a bitter irony, just like how people thinking they’ve lost control of their bodies because the state of Alabama banned them from removing things they could have prevented from growing inside of them.

I for one am glad personal accountability for actions taken is a thing of the past.

Wrapping the guy’s member? Getting the guy fixed like your pets? Tying tubes? Having the girl take the pill or plan B? Withdraw method?

Those options take effort and require doing something.

“Just Say No” is simple; it asks you to do nothing.

It truly is the least you could do.

If you don’t bump uglies, you can’t create an ugly you’ll be tempted to abort. It is really as simple as that.