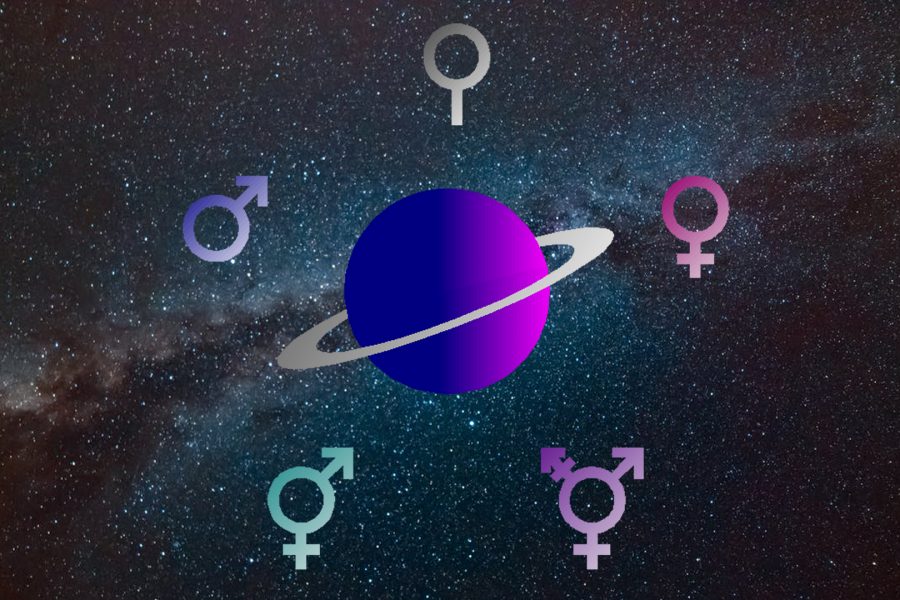 It is past time to choose one gender-neutral pronoun and one gender-neutral honorific to be used in the same way “it” is used for all items of property. In the last five years, it has become apparent that many people are not comfortable with the use of binary pronouns and society is willing to take steps to remedy this discomfort. For example, in this timeframe, a poll found that 50 percent of millennials feel that gender is actually a spectrum; colleges, including Mt. SAC, began to allow students to specify their own pronouns; and Facebook offered users a choice of over 50 different gender options. This piecemeal approach to inclusivity is laudable but problematic.

Undoubtedly, a large proportion of the population has been offended by an honorific or pronoun that was used in lieu of a proper name. Many attempts have been made to address this concern. Wiktionary lists over 40 alternatives for gender neutral pronouns. My understanding is that transgender individuals, having fought so hard against being classified according to their gender assigned at birth, welcome the opportunity to express their gender identity through the selection of their own pronouns. I empathize with the desire to have the world honor your feelings. I would never suggest that anyone be subjected to the use of a binary pronoun that is offensive to that individual.

In my view, making gender a non-issue benefits all persons other than straight men. Even sight unseen, persons presumed to be straight males tend to receive preferential treatment. Phone calls are returned more frequently and their words are given more weight. The honorific “sir” has a dignity that is lacking for both “M’am” and “Miss.” If we had one set of non-binary pronouns and honorifics, the gender of an individual would be raised less frequently. Perhaps, as a result, it would become less relevant.

Pronouns and honorifics are not names. Unlike a name, these words are not intended, nor should they be used, to address anyone’s need to feel unique or to discount anyone. Individually selected pronouns eliminate the benefits of pronouns. The lack of consensus regarding alternative pronouns means that the binary pronouns continue to be the default option for most businesses and journalists.

From the non-binary alternatives, people often choose the pronouns “they/them/their” to describe themselves.

English grammar rules provide that “they/them/their” are reserved for referring to groups of people. Therefore, confusion often exists when they/them/there are used as both singular and plural pronouns.

Proponents of they/them/their point to the fact that at one time, “you” was exclusively a plural pronoun and it is now used as both a singular and plural pronoun. What distinguishes “you” is that the singular form is rarely, if ever, used in journalism or non-fiction writing. Therefore, this dual usage occurs primarily in communications where the one(s) identified as “you” is readily apparent to the person(s) to whom it refers.

Another argument in favor of they/them/their is that, on occasion, Geoffrey Chaucer, William Shakespeare and Jane Austen have used these words as a singular pronoun. Despite being highly acclaimed writers, neither Chaucer nor Shakespeare is the poster-child for plain English. Austen does use they/them/their but primarily to follow indefinite pronouns like “everyone” and “none.” Since these indefinite pronouns refer to groups of people this application of a plural pronoun is at least as logical as following these words with “his” or “her” when the referenced group may well be comprised of the full gender spectrum of individuals. This use of the singular they/them/there is less likely to confuse people than is using they/them/their in lieu of an individual’s name. The problem addressed by Austen through the use of the singular they/them/their would be rectified by moving to a single set of gender-neutral pronouns. The current proposal to use they/them/their as singular pronouns in lieu of proper names differs significantly from Austen’s usage. It fails the logic test and does not merit amending the rules of grammar.

Readers who regularly encounter they/them/their singular may not need to re-read text to determine whether the pronoun refers to a singular proper name or was used in error. However, the dual usage may be confusing to readers outside of these circles. Even where the subject matter of the article was non-binary pronouns, the BBC appeared to anticipate reader confusion. In the article “Beyond ‘he’ and ‘she’: the rise of non-binary pronouns,” whenever the singular pronoun “they” was used, the writer followed the pronoun with a parenthetical containing the surname of an individual. Could we all adapt to they/them/their as both singular and plural? Of course, but it would be more elegant to maintain separate singular and plural pronouns, and there is no compelling reason to adopt this uninspired default choice as the new gender-neutral standard.

Less effort has been made to develop non-binary honorifics. Likely, this is because in many instances honorifics are used between strangers. Accordingly, for there to be any comprehensible additions to the options for honorifics, a general consensus is required. It is for this reason that it took nearly 70 years for Ms. to become a viable alternative to Miss and Mrs. To some extent, tipping point came when Gloria Steinem, a columnist and subsequent creator of Ms. magazine, championed the honorific. However, it took the New York Times an additional 15 years (until 1986) to recognize this honorific.

While the honorific “Ms.” eliminates the question of marital status for a woman, women tend to interpret Ms. as ageist, often believing it is only used once a woman appears too old to be called “Miss.” Regardless, Mr., Mrs., Miss and Ms. are all problematic for anyone who prefers non-binary pronouns because these honorifics require the user to make a judgement call as to the gender of the person being addressed. I recommend we abandon this particular set of honorifics altogether or agree to use a single honorific such as Mx for everyone.

Search “call me m’am” using your web browser and you will quickly see that many women hate that honorific. Madam is the more formal version of m’am and is similarly objectionable. Both Sir and M’am are likely objectionable to people who use non-binary pronouns. Accordingly, “Sir”, “M’am” and “Madam” all need to be replaced with a single gender neutral term such as “Per.” Similarly, their plurals, “Gentlemen” and “Ladies,” should be replaced with a gender-neutral term. I believe “Everyone” would suffice for this purpose.

Having one set of honorifics and singular pronouns will result in equal language treatment for all people. It will eliminate the potential to offend someone by making the wrong choice. It will put an end to the ever-growing list of personal pronouns. It will be convenient for business and journalists. It will dispense with the need to have any discussion in order to politely and respectfully address a stranger. I recommend we keep it simple, pick just one set that doesn’t cause any confusion, ideally using letters in the main sections of the QWERTY keyboard, and get this matter settled within the next 10 years.