In honor of International Day of the Girl, here’s a playlist that celebrates female excellence 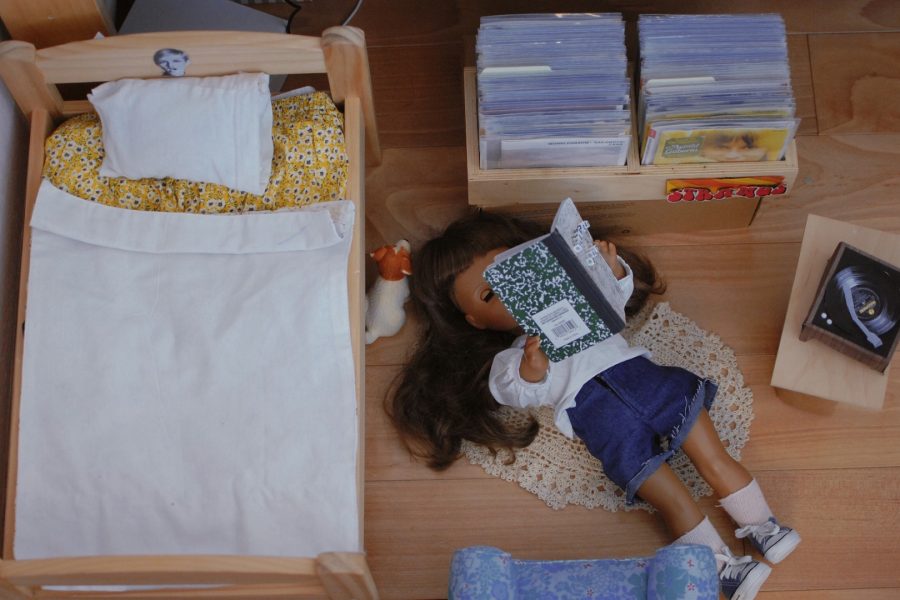 From the riot grrrls of the ‘90s to today’s pop powerhouses, the music industry has had its fair share of iconic women using their music as a platform for activism and empowerment. In honor of today being October 11, International Day of the Girl, I’ve rounded up a playlist of songs by female solo artists and female-fronted acts that celebrate the female experience.

Grimes, real name Claire Boucher, might be best known to the general public for her relationship with tech mogul and living meme Elon Musk, but regulars of the indie scene have been loyal to her avant-garde art pop for nearly a decade. She wrote “Oblivion,” ranked by Pitchfork as the second best song of the 2010s, reflecting on a time she was violently assaulted. The incident left her afraid to walk the streets alone at night, a valid fear that many women share. Speaking about the song, Grimes said that “Oblivion” is “more about empowering myself physically amongst a masculine power” than anything, taking the phrase ‘stick it to the man’ to heart.

“I am the girl you know, so sick I cannot try / And I am the one you want, can’t look you in the eye”

A lot of people have a bone to pick with Courtney Love–say what you want, but she’s a badass. Throughout her career, she fronted alternative grunge band Hole, raised a child as a single parent after the death of her husband Kurt Cobain and released a solo album, “America’s Sweetheart,” all the while remaining as brash and unapologetic as she was when she entered the public eye. Love her or hate her, there’s no denying that Courtney Love is an icon who paved the way for women to be unabashedly themselves.

Not only is today International Day of the Girl, but it’s also National Coming Out Day. Celebrate both by listening to “Sofia,” Clairo’s single about queer love off of her newly-released debut album, “Immunity.” Clairo, princess of bedroom pop and new favorite among Generation Z, came out as bisexual last year in the most modern and nonchalant way you could think: through a tweet suggesting that her songs about boys could just as easily be about girls. Clairo, with her oversized tees, tender vocals, and digital rise to fame via YouTube algorithm, embodies what it means to be a female artist today on your own terms.

“Internalize so much but so little / Don’t make us feel belittled, world”

Relive the most awkward years of your life–or maybe the peak, depending on where you placed in the high school social caste–with “Teenage Girl,” LA-based band Cherry Glazerr’s melancholic reflection on the teen girl experience™. “Teenage Girl,” fittingly released when Cherry Glazerr frontwoman Clementine Creevey was only 16, captures the feelings of mediocrity and powerlessness that follow you long after your high school years have passed.

This one is for the misunderstood theatre kids: “Sexy” from the Broadway adaptation of classic teen movie “Mean Girls,” and this line specifically, show the duality of women being able to accomplish their goals without their sex appeal–or lack thereof–diminishing their achievements. In other words, sexiness and success are not mutually exclusive. Karen “I’m a mouse, duh” Smith can be whatever she wants to be, and if she wants to be a meteorologist who uses her breasts as weather predicting instruments, then I support her endeavors.

“My baby loves me, I’m so hungry / Hunger makes me a modern girl”

An all-girl indie rock band formed in 1994, Sleater-Kinney were pioneers of the riot grrrl scene of the early ‘90s. The Seattle-area riot grrrl scene was a breeding ground for angry rockers to sing at the top of their lungs about misogyny, confidence and more. Cartie Brownstein, now known for creating and starring in the series Portlandia–think TV, but for hipsters–and Corin Tucker make up the current line-up of the band, and were dating at the beginning of the band’s formation. This lyric is a display of female ambition and the refusal to settle, but it’s also a clever nod to the unhealthy relationship young women develop with food and body standards.

“I dare you to understand / What makes me a woman”

Ah, the complexities of womanhood. Yup, we’ve graduated from girlhood to womanhood! “Woman” by Angel Olsen is a seven minute build-up of full-blown lady angst. The song tells the story of a woman’s devotion to somebody softly killing her until her sweet catharsis at 3:00. From that moment on, Olsen is free and if you’re singing along with her as loudly as you can while cruising down Grand Avenue, then so are you!