The “right to life” is a thing too 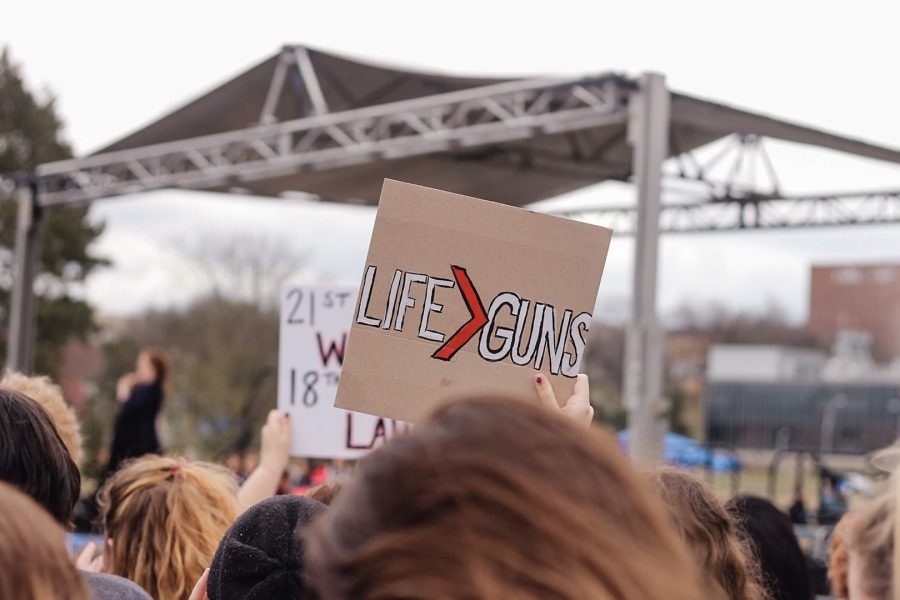 The United States has a problem, a pretty damn obvious one. This problem is gun violence, and we have a lot of it. It’s at the point now that when I go to a concert or see a movie, I watch for the slightest unexpected movement. Hell, I can’t sit in the first chair by the door of a classroom without thinking, “If a shooter comes in, I’ll be the first one to go.” It’s fine though. I’ll just count on a gun-toting hero being nearby everywhere I go. That’s not an unreasonable expectation at all.

This country needs to address its problem with gun violence. In a time when it seems like we can’t go three months without having a mass shooting somewhere, we need to have more stringent gun control laws.

The U.S. has a very high rate of gun violence compared to both wealthy and poor countries. According to the University of Washington’s Institute for Health Metrics and Evaluation, the U.S. had one of the worst gun violence rates in the world in 2017. Our rate of gun related deaths was 4.43 per 100,000 people. At first glance, that may seem small. However, this figure is worse than almost the entire eastern hemisphere. This is absurd. I would very much prefer to go somewhere public without the fear of being riddled with bullets, but I suppose that’s just not reasonable.

Among the arguments I’ve heard against gun control, two stand out: that the government is going to take everyone’s guns away, and that the real issue is mental illness. I can feel my brain cells shrivel up and die whenever I hear these.

First off, the government is not going to take away all of America’s guns. That’s not what gun control is. The Second Amendment strips the government of all legal authority to do that.

Gun control calls for things like more stringent background checks, banning assault weapons and the closure of the gun show loophole. I’m sure these ideas worry gun lovers to no end, and I find that confusing. If someone has nothing to hide and is a good, responsible person, as gun owners often say they are, then what exactly is the problem? Yes, that would mean not being able to purchase assault weaponry, but there’s no reason for a private citizen to own something that can spit out an entire magazine in a matter of seconds.

The other argument, that mental illness is the true cause, makes about as much sense as accusing video games of making people violent. Mental illness, like video games, is seen in abundance all over the world. It is not unique to the United States. In 2018, the World Health Organization estimated that there were hundreds of millions of people worldwide who had some form of mental disorder. Going by this logic, pretty much the entire planet should be shooting each other up. They’re not. The level of gun violence and mass shootings we see here in the States is not shared by every country on Earth. How can that be, if mental illness is responsible?

I’ve been asked many times if I would blame the gun or the person. That’s a ridiculous question; of course, I blame the person. That’s why I don’t want that person to have a damn gun. If you saw an infant toying around with a priceless piece of jewelry, would you just let them keep playing? It’s the same damn principle. Someone can’t be trusted with something, so we take that something away. It’s that simple.

No one bats an eye when a drunk driver loses their license or when abusive parents have their children taken away, so what’s so different about this situation? I can imagine someone saying the difference is that gun control punishes everyone because of the actions of a few. That’s called the law. The above examples are no different. Everyone has to drink responsibly, and everyone has to not be a horrible parent or there will be consequences.

I understand that gun violence occurs everywhere, I do. There will be senseless violence as long as humans exist. However, this particular issue is worse in the U.S. than it is in most other countries, and just because it happens everywhere does not mean that we shouldn’t at least try to do something about it. Other countries have enacted strict gun control laws and have much fewer gun-related deaths as a result. This 2018 article from Vox lists some examples of nations, such as Japan and Canada, that have more restrictive firearm laws than we do, but also see far less violent gun crime.

Australia makes for a fine example of a country that had a problem with mass shootings and chose not to sit on its ass. Australia began to implement very strict gun control measures after the Port Arthur shooting in 1996, in which a gunman murdered 35 people. The first incident of gun-related homicide that was considered to be the worst event since Port Arthur was a seven-person mass shooting in Western Australia. This was in May 2018. That’s 22 years.

I’m sure someone would be quick to bring up the mass shooting in Darwin this past June as a counter argument. I am aware of it. That shooting claimed the lives of four people. This means that over the course of two years, Australia lost 11 citizens to mass shootings. Before trying to say that this proves gun control doesn’t work, consider this: from July 28 to August 4, which was one week, 34 people died in mass shootings in the United States. I fully admit that I don’t know if the gun control laws of any country would work for us; I can’t see the future. But can’t we at least give it a go? Then we can at least say that we tried.

I know I’m asking for the world here, but I would love to feel safe when I leave my house. As of right now, I don’t. It’s always in the back of my mind that at any given moment, a shooter could open fire. This country needs to do something about its rampant gun violence. We have many first-world peers who have their own models set up, and to not consider learning from them is either arrogant, stupid or a bit of both.

Until this country decides to value its citizens more than its guns, it’s probably a good idea to take active shooter training courses and remain on constant alert if you’re out in public. Additionally, you could join gun control advocacy groups. There’s also the option of getting involved in the voting process and supporting a candidate who advocates gun control. Otherwise, we could all get guns, take some safety courses and be ready to kill someone at a moment’s notice. If all else fails, we could either never go outside somehow, or try our best to be somewhere else if a shooter shows up.