Christmas is Not in October 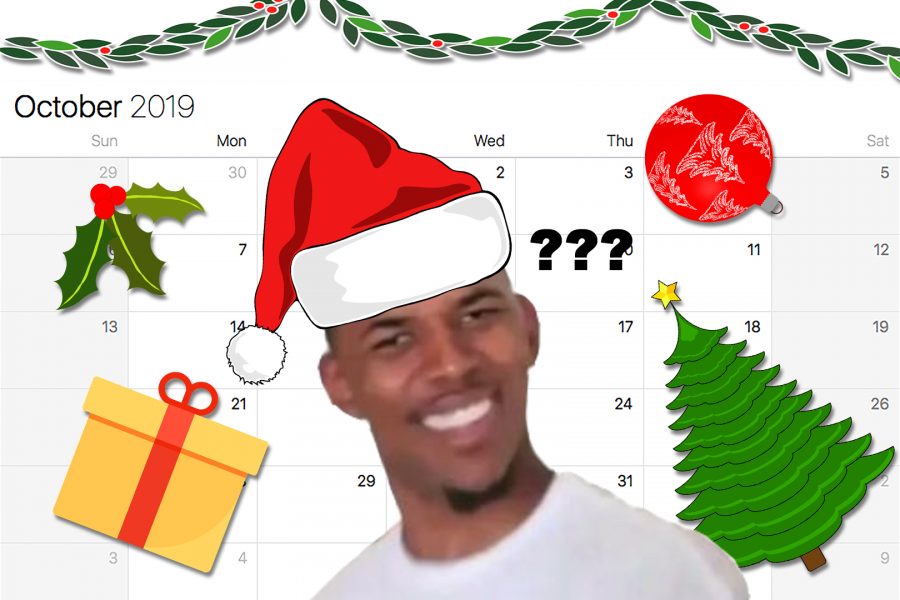 I get it—it’s good to be prepared, but this is just ridiculous. Christmas is a holiday that takes place in winter, not fall. Why in the world would you skip two whole months and two major holidays just to get to one? Like what renowned scientist and overall cool guy Bill Nye once said, “That just makes no fuckin’ sense.”

Don’t get me wrong, I love Christmas. Spending time with family and eating great food makes Christmas a holiday that everyone gets excited for. It’s the definition of the perfect family holiday. But do you really have to completely disregard two other ones just so you can get a head start on buying tinsel and fake wreaths?

Halloween and Thanksgiving are important too, but you don’t see stores selling costumes in August. The Halloween spirit doesn’t really start until the beginning of October, with exceptions to theme parks like Disneyland and Universal Studios. It makes sense for parks to start early to give customers more opportunities to visit them, but it doesn’t make much sense for department stores.

Thanksgiving doesn’t have the same amount of promotion as Halloween or Christmas, which is really dumb because it’s the most important of the three holidays. It’s celebrating the foundation of America, for goodness’ sake!

Other than the fact that Thanksgiving is rooted in political conflict, it is a time to get together with loved ones and enjoy some turkey and gravy. It focuses more on the food than decorations, so stores don’t put out much until November, which means Christmas takes over the shelves. Pine trees and paper snowflakes outnumber pumpkins and fall leaves.

Whoever thought of selling Christmas stuff early is an absolute lunatic. From a business standpoint, it is smart. Having Christmas decor available early gets people excited for the holiday, so they can start buying in anticipation.

The thing is, what tragically ends up happening is Halloween and Thanksgiving get put behind Christmas. The only time they get more display is during their respective months. Christmas and Saint Nick are so dominant that they start coming around months before their designated date.

It’s totally unfair. Christmas is like an invasive species, attacking other holidays and taking over their months.

Christmas is a December holiday, so it should come around November at the earliest—October is way out of line. And the fact that some stores have the nerve to put out Christmas stuff in September is even worse.

October should be reserved only for Halloween and a little bit of Thanksgiving, but that’s it. All these department stores that put out the small fake Christmas trees and festive lights have to calm down and hold out on selling the festivities for at least another month. It has gotten way out of hand.

Christmas needs to let Halloween and Thanksgiving have their moment to shine. Santa needs to be less greedy and be more respectful toward the other two holidays. Then Christmas decor should be sold in November, at the earliest, because I really don’t want to see fake snowmen next to animatronic witches on store shelves anymore.