Generation Zombie: We’re All Dead Inside 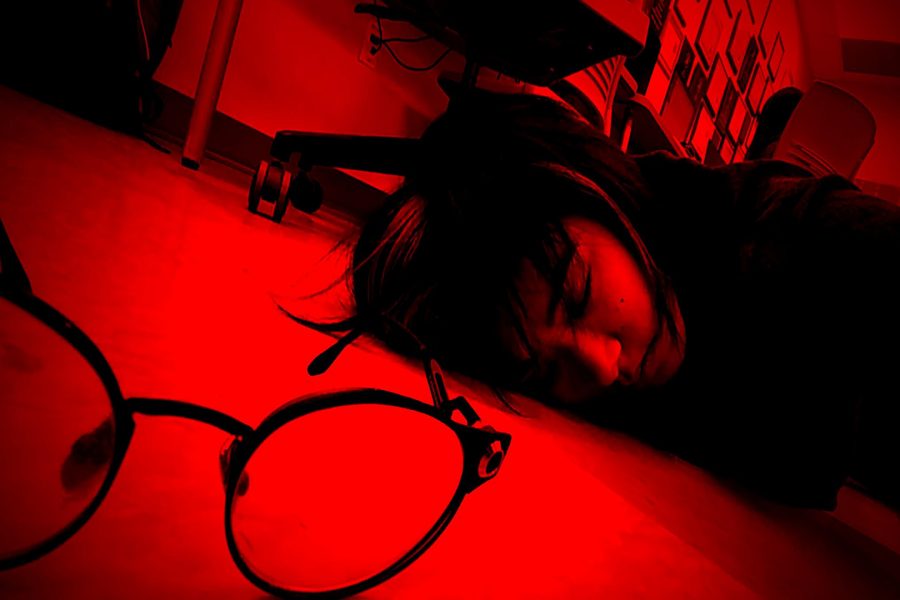 With the many technological and societal advancements made to our world today, you would think we’d be on our way to a utopia. However, that’s only if we make it to the end. Suicide rates are on the rise, and mental health is taking a dive for the worst. All hope for a better life feels lost behind a mask of being woke enough to understand society⁠—not survive in it, let alone thrive. Society is both better and sadder than it has ever been. Unfortunately, there’s no one proving this better than those born between 1995 and 2010, Generation Z, and it’s not even our fault.

Movies and TV shows would have you believe that the average Gen Z conversation is about relationships, struggling with homework or obsessing over the newest trend. While this can be true, it’s easy to notice little references and quotes that are dark as hell. After a Gen Zer makes a mistake, it wouldn’t be unusual to hear the words “I guess I’ll just die,” said as casually as “I wonder what’s for lunch.”

Interestingly enough, you’ll find another Gen Zer responding just as casually with “That’s fair.” Between exclamations of “Yes, queen!” you’ll also find sometimes solemn and sometimes laughed statements of “I’m dead inside.” Not to mention how the beauty of a girl on Twitter or Instagram could easily be rated by how willing we are to let her step on us, or in the really good cases, how willing we are to be hit by her truck.

Anyone not versed in Generation Z lingo could be thrown into a fit of confusion when faced with our morbid language. Death is a period at the end of a sentence, and everyone’s calm about it. Why is our language so nihilistic? In my opinion, it’s because it’s the only thing we’ve ever lived with.

In case you haven’t heard, “nearly one in five U.S. adults live with a mental illness.” A lot of these cases have probably resulted from the teens and young adults developing symptoms early in life. For example, in 2013 alone, a survey of college counseling center directors showed that 41.6 percent of students were concerned with anxiety and 36.4 percent were concerned with depression.

A lot of Gen Xers will say it’s because of the rise of social media. I would like to disagree. Yes, it’s true that from October 2011 to November 2017 289 selfie-related deaths occurred. And sure, we can blame this number on people being idiots with a disregard for life; that’s easy. People are often quick to blame anything that deters productivity.

However, this death count is nothing compared to how “2,500 left-handed people are killed every year around the world from using equipment meant for right-handed people.” Why don’t we start calling out lefties for not learning to be ambidextrous? Because that’s just as stupid as frowning upon someone’s death while they were trying to make some memories. For some further perspective, compare it to the rest of us just sitting in bed and muttering criticisms.

What we should be looking to blame is actually our means of “supporting” Gen Zers. I can’t remember a time when someone, usually older, hasn’t told me that owning a house in the future will be extremely hard to achieve in our economy. I’m always being pushed to get a job and earn money for myself, while being told that it’s difficult to find a job that will pay for anything more than gasoline because of tax. People praise me for going to college and having a career in mind, but also remind me that my student loans will haunt me for the rest of my life.

At the end of it all, I’m preparing to live in a closet-sized apartment, graduate with a useless degree and never expect to get a well-paying job because I don’t have the right connections.

This being said, maybe I’m biased and just happened to have a series of unfortunate criticisms as a teen getting thrown into life as an adult. However, I would like to think that the many times I’ve had people my age, and sometimes older, cry on my shoulders with the exact same struggles would provide some stable ground for my arguments.

If we’re always being told that life is a struggle and we will always have to deal with it or die, it’s no wonder that we’ve adopted the mentality of accepting death in the simple moments that show we’re not ready for the rest of the world.

Subconsciously, many of us don’t actually want to die. That should be pretty obvious, and I wish I didn’t have to clarify it. But for some of us, the pressure can actually get to be too much. The humor in “I’m dying” and “this kills me” becomes all too real, and all it takes is the realization that our generation is so full of dead men walking that we decide to quit early to avoid present and future suffering. It’s then that the attention comes in. The same people that told us that our paths and interests are leading to nowhere, are the same people stating that our dead bodies were so full of potential.

I get it, we’re the high school freshmen meant to be booed at school rallies, but have you ever stopped to think about why? Why tell us that our lives are always going to be full of struggle and basically worth none of the trouble? Why constantly give us “reality checks” and tell us that pretty much all hope is lost if we don’t overwork ourselves to the point that we no longer feel alive? Why take it all back when we’re gone?