Don’t Confuse My Identity With Your Label

The term “POC” is taking us back … way, way back 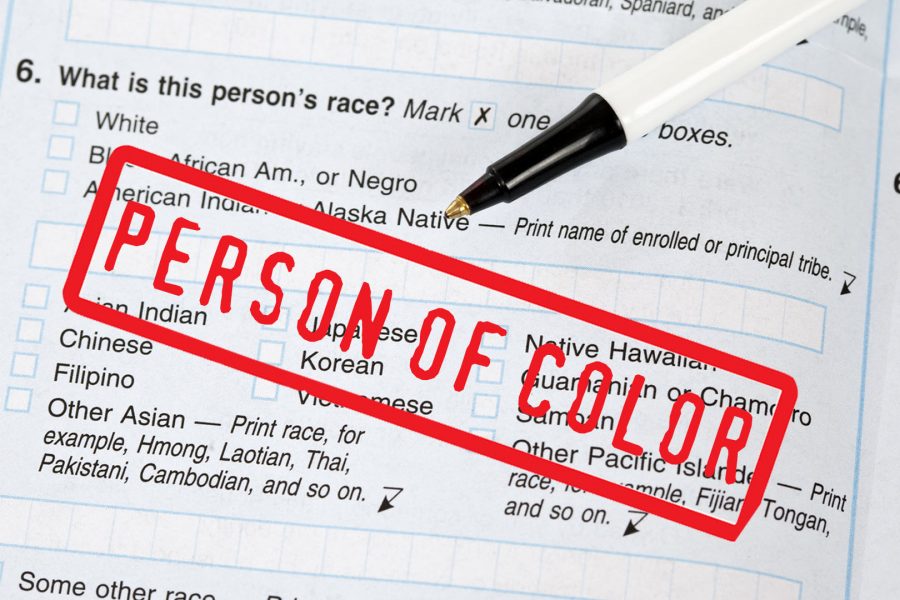 The term POC, “people of color” should not be used anymore in American vernacular. By adopting the phrase “people of color,” we are taking away from the individual identities and struggles of the ethnicities lumped into this term. Secondly, this is another form of racial categorization, or racialization, in other words, to remind anyone of non-white descent of their differences.

When I first saw the term “POC,” I had to look it up to find the definition. I was surprised that this term is being brought back into society’s verbiage. The slogan is used in today’s culture for the use of social activism of non-whites in hopes of solidarity. It’s ironic that in this day and age, the term “people of color” is acceptable; however, calling someone colored is considered offensive. The argument is that “people of color” is the new-age way of saying “colored people.” This is where linguistics and semantics intersect, and where the contradiction lies.

Instead of jumping on cultural bandwagons or label identifications that are trending, we as a nation should take a step back and reflect on our past as a country, where we are in the present, and attempt to understand the actual impact such words has on our society.

For decades, the term “colored” was frowned upon because it came with a negative connotation, especially for black Americans. Less than 60 years ago, public designations segregated people based on the color of their skin. The disenfranchised black American was told to sit at the back the bus, to use outhouses instead of a toilet with running water, and forced to attend segregated schools. So the fact that the word “color” is used in 2019 makes me wonder if we as a society are suffering from short-term memory loss? In the age of the “woke” culture, the phrase “people of color” is a tone-deaf approach towards watering down our identities and struggles.

Black Americans were subjected to inhumane standards because of the color of their skin. Many fought these social injustices tirelessly for equal rights and equal sight – in the eye of the law and the eye of their fellow man. It’s an issue that we still face today.

If the term “POC” is ultimately considered all-inclusive, shouldn’t we put into consideration the difficulties and struggles of others? In this specific case, the plight of blacks in America – the same ones who loathed seeing those signs of segregation hanging on the doors of bathrooms and water fountains. Those same ones who dreamed of a day where they could be allowed the same liberties as everyone else?

But what about the NAACP, which was founded based on the advocation for the “advancement of colored people?” Yes, they have been pivotal within the movement of civil rights liberties and anti-discrimination; this is not and will not be forgotten. However, the organization was founded in 1909, when the term “colored” was widely accepted. So this shouldn’t be our baseline of what should be considered acceptable terms for 2019.

When using the term “POC,” there is a two-prong approach from two entirely different sides that needs addressing. First, it’s used by groups who are walking on egg-shells and are afraid of calling someone the wrong ethnicity. People who are so scared to use racial identifiers as it may make them feel uncomfortable. Those same individuals are the ones that are afraid of looking into the mirror of our American history. Maybe it is a form of “white guilt” to make our individual races more palatable for the masses.

The second group – the ones who advocate for civil liberties use the term as a form of solidarity and use it as a way to bunch us all together to fight the good fight. But what they do not realize is that by lumping us together, we are diminishing critical dialogue and avoiding the necessary changes required in today’s society.

POC doesn’t address nor fixes police brutality in the black community, anti-immigration sentiments in the Latino community, marginalization of Southeast Asians, etc. These issues remain unaddressed and at times, tend to get worse. Secondly, POC grouping perpetuates the divided lines that have separated us for decades. Just like the “old school” whites before us did to the minorities of this country. This continual approach of “us against them” – as if there is a war on whites – leads for the potential of reverse racism. If we genuinely want inclusivity in America, we must not do what has been done to us.

As a black female, I am okay with being referred to as “black.” That is my ethnicity and is a part of a long, rich history that is embedded within the very strands of my DNA. Let’s not be afraid to call it how it is, ask the fundamental questions, and open the channels of communication as a society.

When we begin to live in a world where unarmed blacks are no longer killed at the hands of law enforcement; Latinos are not referenced as “illegals” by politicians and by the narrative of mass media; and when the countless other stories of racial injustices cease to occur – that is when I will be willing to accept the phrase “people of color.” When that time comes, it means that we have moved past these cancerous issues that are ruining our country and killing our humanity. We will have moved past debates on skin color, and people can finally be judged based on the merits of their character.