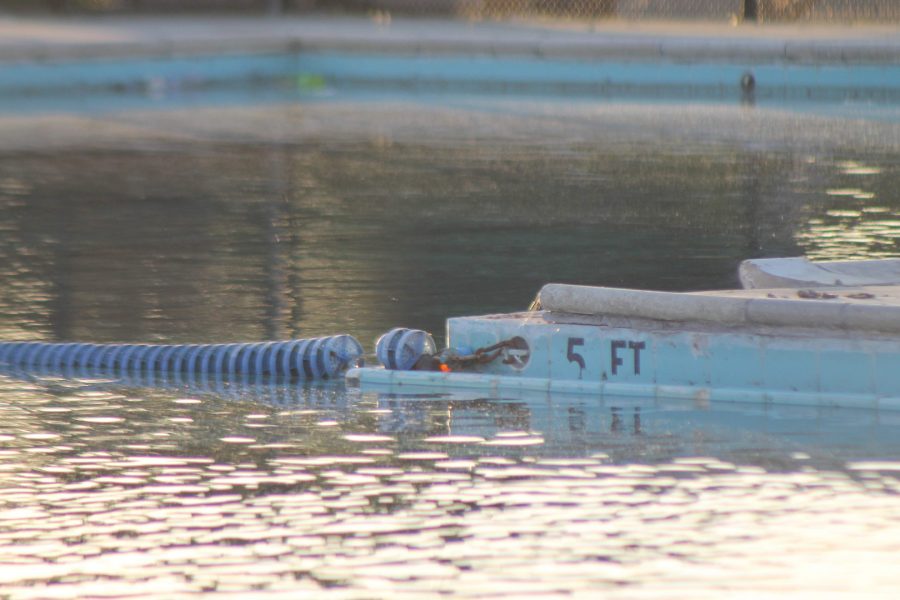 While some focus on the debate over whether or not Wedgeworth Elementary School, a school comprised of all portables and no kitchen, should receive a $52 million new school that expands their K-5 program into a K-8 program, other district residents were more concerned about the safety of students north of the 60 Freeway.

One main concern brought before the board involves the status of the La Puente High School pool and the continued rejection of bids to renovate or rebuild the pool. The latest bid rejection was on Oct. 10 as an agenda item, and five residents including two alumni of the school spoke against putting off fixing the pool.

District residents Fernando Solis and Manuel Maldonado each spoke out on how long the pool has been in poor condition, and Gustavo Sanchez spoke on how hard his daughter and the team works despite the conditions.

Sanchez told the board about his personal change in who he is so that he could have his children be everything that he was unable to become and how he is unhappy with the lack of movement on the project, as his daughter could get a scholarship with her swimming abilities.

“The thing that really upsets me with everything that’s going on here is the fact that I’m hearing that it’s taken seven years and nothing has been done about a pool that is just disgusting,” Sanchez said.

He then told the board he turned his life around in less time and said that there is no reason for this pool to not be fixed.

“I’m sorry, but I was homeless and in five years I went from living behind a dumpster to owning my own home,” Sanchez added. “So for anybody to try and give me any excuse for why this can’t be done, I’m sorry, I don’t want to hear it. I don’t because everything is probable, nothing is impossible.”

Maldonado spoke on how his daughter graduated from UCLA and that she is still waiting for the La Puente High School pool before Solis went into the bid and contract itself.

“If you want to penalize somebody, you’re not penalizing the contractors,” Solis said. “You’re penalizing the students at La Puente, some of which are here but no longer go to La Puente, but they thought it was important to come here tonight to express to you how important it is.”

Solis further spoke on the bid particulars and said that he contacted the lowest bidder. He found that one reason the bid was rejected could be fixed if the board allowed it.

The two alumni of the school, Raylene Sanchez and Clarissa Ocampo, were captains of the swim team and spoke on how they dealt with the pool’s poor conditions and how it was forgotten despite the swimmers still winning several medals when the pool was in better condition.

“If we go in [the pool] we can’t see the bottom, that’s a fact,” Ocampo said. “I also personally got a lot of acne due to the pool, and I did go to the doctor for that, and I did get prescribed medicine for that, but I love the sport. They told me they were going to break ground my freshman year, but I’m almost done with my first year of college and still nothing.”

Sanchez then brought up how the pool was better for their sophomore year and their first year before explaining how bad the pool later became.

“Our junior year was really bad,” Sanchez added. “There was so much bacteria in the pool that they had to put extra chlorine just to kill it. The bacteria, which caused all of us, the whole team, to smell like a bottle of bleach.”

Weather conditions made it even worse.

“Sometimes it would rain during games and we would play, so the rain falling down on the pool causes the steam and the vapor of the chlorine to go up, causes it to burn our eyes,” Sanchez said. “Not very healthy.”

Ocampo and Sanchez added that the program even declined because swim team members had to travel to an offsite pool to practice and said that the pool burned their eyes with its chemicals. These extra chemicals were added in to fix other problems with the pool.

Solis ended his comment with a call to action.

Despite those comments, resident Mario Barragan said that approving the item was the right thing to do and asked the board to approve the item.

He said that he understands the resident’s concerns about not having a pool and felt similarly about the Los Altos stadium, but urged the board to look at the legal side.

“If these contractors were allowed to resubmit after the bid date was due, the district can actually engage in legal lawsuits,” Barragan said. “So I applaud the board, and I urge you to approve the rebid of these projects.”

These comments were all in reference to agenda item 5.05.f, the approval to re-bid and reject bid number 2018-19.08R for the La Puente High School dressing room, pool and kitchen.

When item 5.05.f was pulled from the consent calendar, board member Jeffrey De La Torre said that after hearing there were seven years without maintenance, the board needed to move forward on the project.

“I think we’re overdue. I apologize to our residents, our alumni, because it should have been done years ago,” De La Torre said. “I’m sorry this keeps being pulled and pulled, and let’s rebid, let’s redo this – if we already know that they can do this job, I say let’s move forward.”

Chang then explained a past time when a previous contractor provided the district with shoddy work that had to be redone before adding that the district would not reject a bid for no reason.

“Our school district, right now, we are very experienced in this construction,” Chang said. “Whenever we reject the bid, we have a very good reason, and we know these contractors – we know how they play those tricks.”

In response to Kwok, De La Torre said there was no reason for the alumni to lie to the board about the pool and that the pool should be drained and the bacteria removed. De La Torre also said if the only thing stopping this bid was a letter of ascent, it could be brought before the board to move forward.

After more discussion from the board, it voted 4-1 to approve the item with De La Torre against rejecting the bid.

Facilities Director Mark Hansberger has said that a previous approved item allows for the pool to be demolished whereas this bid would include more to it, but it is unknown at this time what will happen with the pool.

In the meantime, several individuals have brought up concerns of potential sinkholes being formed from the structural issues with the pool, but Hansberger has said that he has not seen any proof of that. These may be discovered when the pool is demolished. Due to several safety concerns, some have suggested draining the pool to avoid attracting mosquitoes, but due to the weight of the pool, there are other concerns that the pool may cave in or collapse without the water pressure retaining the walls.

As information is made available, the article will be updated.