K-pop News of the Week

A bimonthly discussion about the latest news regarding K-pop music, events, trends and more 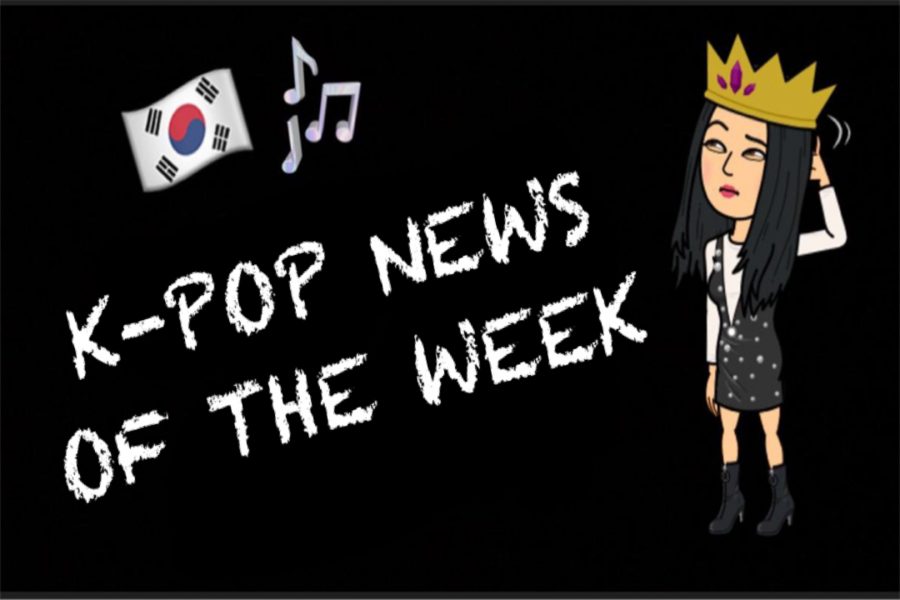 Hey boys and girls!!! Has it been two weeks already? I’m finally back with more K-pop news for everyone, so don’t fret. I’m actually extra excited this week because I will be attending Tiffany Young’s LA concert tomorrow. Obviously, I’m going to be fangirling so much; but don’t worry – I’ll insert some video clips from the concert on my next article. Anyway, let’s get started on this week’s amazing K-pop content.

BTS’s latest mini album “Map of the Soul: Persona” shot up 69 spots on the Billboard 200 this week. On the chart, the group’s April mini album has grabbed the No. 67 spot. Last week, the album was at No. 136.

“Map of the Soul: Persona” is BTS’s third album to debut at No. 1 on the Billboard 200, which ranks the most popular albums in the United States. It has now been on the chart for 27 nonconsecutive weeks. While it has briefly dropped off the chart in the past, it has seen a resurgence after the release of new versions of the album’s track “Make It Right” that feature singer Lauv.

Ahead of the album release, IU topped charts with the pre-release track “Love poem” and she revealed a music video for “Above the Time,” one of the B-sides from her album. The music video features Lee Hyun Woo, just like the music video for her 2011 hit track “You & I.”

On November 18, she finally released the entire mini album “Love poem” along with the music video for the title track. “Blueming” is a electro pop rock track with a unique synth source and dynamic band sound. IU participated in the composition and lyrics for the song along with Lee Jong Hoon and Lee Chae Kyu, who previously worked on “Twenty-three.”

G-Dragon’s Nike collaboration is a success

The “swoosh” mark on the Air Force 1 Para-Noise comes in two colors, black and red, and the shoes are priced at 219,000 won (approximately $187). The moment the shoes were revealed, fashion-savvy consumers swarmed in to get a pair. Only 818 pairs were made available to be sold to winners of a raffle called the “Shock Draw.”

On the day of its release, an immense number of people stood in a long line in front of the Nike store in Hongdae, Seoul to enter the “Shock Draw.”

The price at which the shoes were resold reached up to millions of won (thousands of dollars), and the limited edition version of the sneakers were resold at close to 10 million won (approximately $8,600).

The Air Force 1 Para-Noise will be available globally starting Nov. 23.

On Nov. 11, the Tiffany Young sat down on a talk show after performing in Brooklyn the previous night.

Speaking about life on the road for her North American “Magnetic Moon Tour,” Tiffany said she’s staying busy in between shows on the tour bus and flights.

“I haven’t found time to be bored yet, so I guess it’s a blessing,” she said. “I’m just making sure I’m reviewing every single thing that I wanted to take notes on for the next show and it’s such an opportunity to grow every single show.”

Tiffany described her routine before going onstage such as stretching, eating, drinking electrolytes and listening to a “diva playlist” which consists of Aretha Franklin, Whitney Houston and Alicia Keys.

Check out her full interview below.

That’s it for this week, my fellow fans! I’ll keep you in the loop from Tiffany’s concert live and if you have thoughts, concerns or maybe you just want to say hello, you can always follow me on Twitter, @ferrybaylon.