What does this mean for DACA recipients? 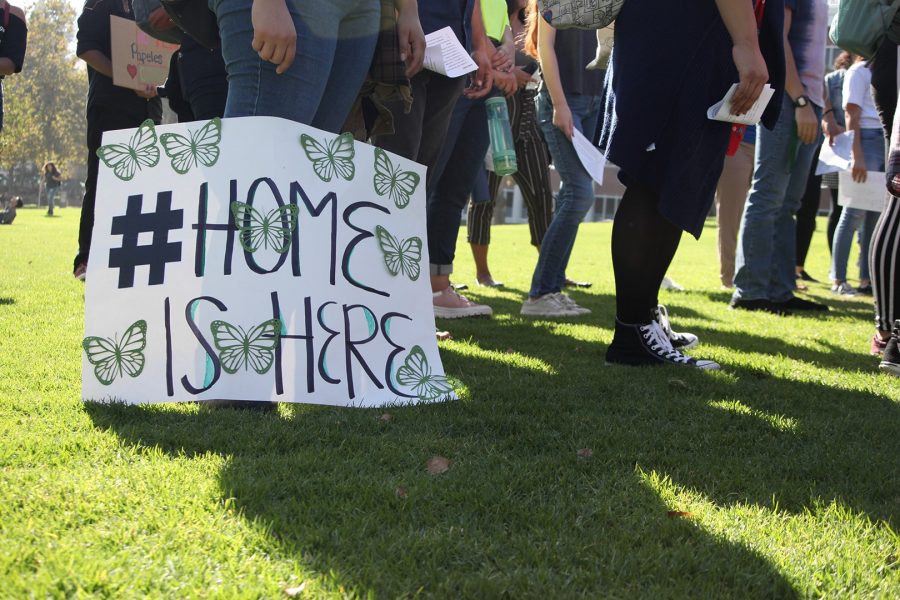 A student placed their sign on the ground after a march to listen to leaders and lawyers speak about the processes moving forward with DACA. Photo credit: Abraham Navarro/SAC.Media.

The Deferred Action for Childhood Arrivals, known as DACA, program is under review by the Supreme Court, and their ruling is likely to be a landmark decision on the Obama-era program that granted deportation protection to the the roughly 700,000 undocumented children who were brought to the U.S. as children.

The Trump administration has been arguing that DACA protections, instituted under Obama-era policy, are illegal. The administration’s attorney general argued that the program was “illegal” and “unconstitutional” from its start.

President Trump announced the program to be illegal, and had former Attorney General Jeff Sessions stop taking renewal applications. So far, three federal appeals courts disagreed, allowing the renewal to continue, and resulting in the Trump administration appealing to the Supreme court.

The conservative-tilted court began hearing arguments and is expected to announce a ruling soon.

DACA provided undocumented children who came to the U.S. before age 16 with access to a Social Security number and a driver’s license, both key components in securing employment in the U.S. Renewals can be submitted infinitely, but the program was meant to be a temporary solution until the Obama-era Congress completed immigration reform.

Should the ruling be reversed, over 700,000 DACA recipients’ information and immigration status will be at risk. Current DACA recipients will be unable to submit renewal applications if the program is reversed by the Supreme Court.

Irony aside, Luis Cortes, 31, co-council in defending DACA, and a DACA recipient himself, will defend the merits of the DACA program before the Supreme Court. In an interview with CNN, Cortes said, “A lot is at stake for me individually. I will be looking at nine individuals who will ultimately decide whether my clients will be deported and me with them.”

Cortes has been defending DACA, and in turn, his own legality in the United States, before the Supreme Court.

Despite the controversy around the program, most Americans support DACA. A CBS News poll shows 70% of Americans favor allowing those who benefit from the program, known as “Dreamers,” to stay in the country.