Leprous: A Band That Shapeshifts 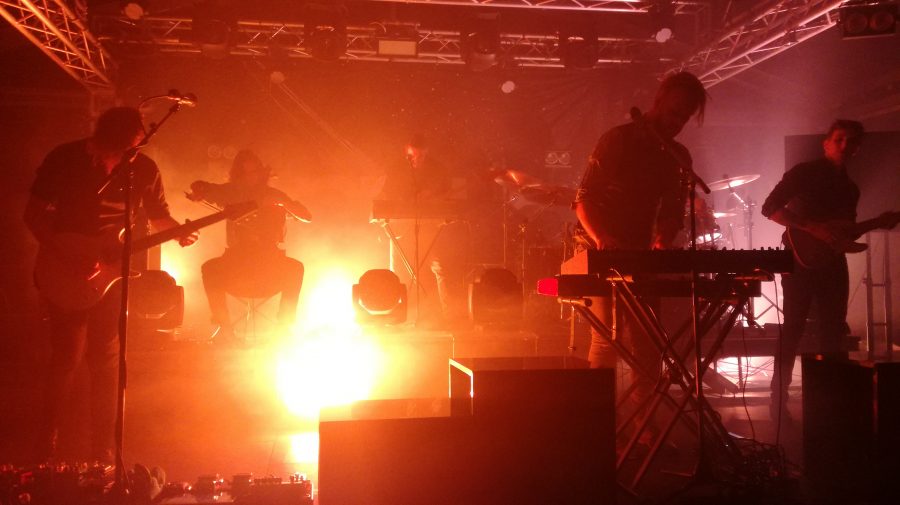 Leprous is a band that is difficult to categorize. Each album in their discography offers a different sound thanks to their ever-evolving musicianship. People looking for consistency in style may be somewhat disappointed, but Leprous never fails to deliver on quality.

Leprous formed back in 2001 in the town of Notodden in Norway. They produced a couple demo albums before finding their footing in 2009 with their first studio album, “Tall Poppy Syndrome.” A progressive-metal work, “Tall Poppy Syndrome” drew obvious and heavy influences from bands such as Opeth and Porcupine Tree. This debut record established Leprous as a melodic band that can get aggressive when they want to, all while observing a distinct, melancholic tone.

Since then, Leprous has continuously experimented with their sound on each of their five successive albums. This has made them unique in the way that they don’t have a single, uniform sound. Their genre originally was progressive-metal, but the only true constants within their music are the somber atmosphere and melodies, and the grandiose, room-filling vocal talents of frontman Einar Solberg. Aside from these aspects, no two albums are the same.

Leprous’ second album, “Bilateral,” was a more experimental endeavor that saw the band chart on mainstream billboards for the first time. While some portions of the album retain trace amounts of the aggressive guitars from their debut work, “Bilateral” is much more melodic and focused. Perhaps the best way to describe this album is by saying it’s what would happen if “Tall Poppy Syndrome” was more concerned with melody.

Then they released “Coal” in 2013, possibly the heaviest of all their albums. “Coal” maintained the band’s trademark melancholia, but cranked the aggression up a couple notches. This album has more of the hard-hitting, heavy guitar riffs that are associated with traditional metal genres coupled with a large dose of vocals that can only be described as harsh falsetto. Metal artist Ihsahn, best known for his work in black metal band Emperor, lends his unique brand of vocals to this album as well. Not for the faint of heart, “Coal” appeals much more to the metal crowd.

The NFL has failed to lead on the issue of domestic violence & sexual assault by its players. These heinous crimes must be taken more seriously with greater oversight & accountability. As the regular season starts, I’m demanding Commissioner Goodell take stronger action. pic.twitter.com/AE3MjYscSw

Their biggest change came in the form of their 2017 album “Malina,” which signaled their departure from their metal roots. For example, this was the first time Leprous had produced a record with no harsh vocals of any kind. “Malina” adopted a sound that was somewhat more pop-y, for lack of a better term, than their previous outings while being rife with singing and songwriting that evoked feelings of sorrow.

With the release of their latest album, “Pitfalls,” Leprous demonstrated continued commitment to this new direction. Though still a Leprous album in many ways, “Pitfalls” is a far cry from the likes of “Bilateral” and “Coal.” It drops the progressive elements of their earlier work in favor of a moody theme that delves even deeper into the pop-sound than “Malina.”

Leprous’ discography plays out like a timeline of their musical dispositions. It’s a roller-coaster of paradigm shifts. One moment the listener will be submerged in vocal harmonies and sweeping melodies, and the next they’ll be headbanging to heavy, distorted guitars and more traditionally metal vocals.

Regardless of the sound they choose to pursue, Leprous delivers in a big way with skillfully crafted, polished music. Their recording history is sure to have something for everyone thanks to their eclectic musical tastes. Trying to predict where they’ll go next seems to be a fool’s errand at this point, but whatever it is they end up doing, it’s sure to delight.