The Buttertones: Crooners For A New Generation 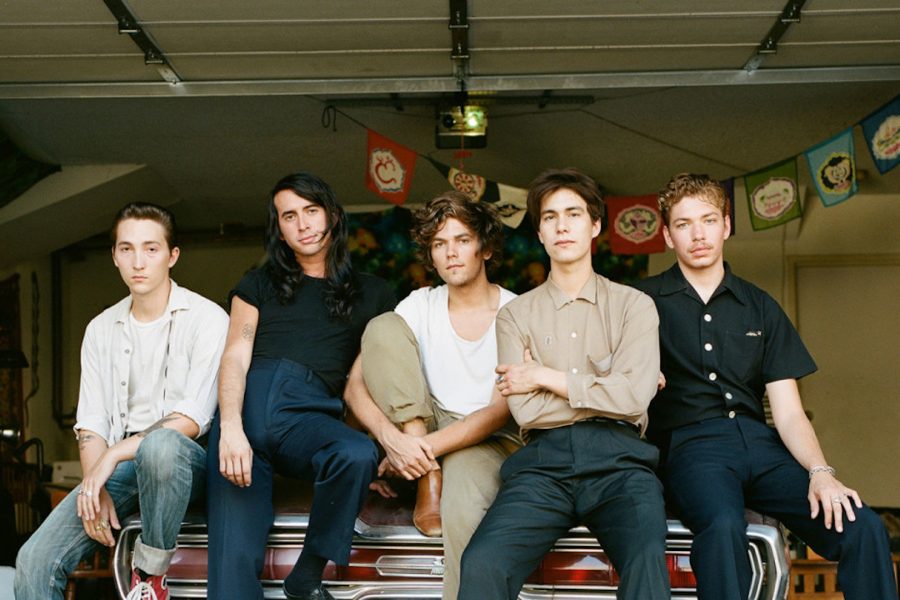 There’s an old adage given to brides as a dress code for their wedding day: “Something old, something new, something borrowed, something blue.”

Local surf rock band The Buttertones resembles that statement well, maybe without the fluffy white veils and bouquets. The four-piece male fronted band hails from Los Angeles, and is dedicated to finding their place in the music scene. Complete with saccharine doo-wop-style vocals and modern garage-rock guitar riffs, The Buttertones know exactly how to bring you to the time of greasers and classic cars without losing their modern edge.

As a band, they formed in 2012 when the original three members, vocalist Richard Araiza, bassist Sean Redman, former member of fellow LA band Cherry Glazerr and drummer Modeste “Cobi” Cobian met at the Musicians Institute in Hollywood, California. The band grew in 2015 with the addition of saxophonist and keyboardist London Guzman, and guitarist Dakota Boettcher before releasing their second album, “American Brunch.” Dakota, a ’50s and ’60s fashion fanatic, added to the band’s old-school flair, while Boettcher has since left the band to pursue other creative directions in music.

For all The Buttertones owe to mid-century music styles, as a California-based rock group, their sound is less Beach Boys and more Dick Dale. While their earlier content like their 2014 self-titled album is more crooning with slightly less twang in their guitars, their 2017 album “Gravedigger” is sure to be a modern surf-rock classic that would make Duane Eddy proud.

Listening to “Gravedigger” makes you want to hop in a ‘64 Chevy Impala and don your favorite leather jacket. Make no mistake, though; The Buttertones aren’t cliché in branding their music. Danny Zuko would have never listened to “Orpheus Under the Influence,” seeing as the drumming and light guitar strumming draw so closely to modern garage-rock bands.

The Buttertones also switch up their sound by mixing a bit of Latin influence into their music. Their cover of “La Bamba” substitutes Richie Valens’ cheery tune with heavy guitar and gritty vocals. You could even mosh to it at a Buttertones concert, which is a great quality for any cover song to have.

As for their influences, they’ve listed off artists like The Cramps as a major one. Tying down one or two influences for The Buttertones isn’t exactly easy, considering all the sounds they blend together in their music.

While they’re markedly similar to bands such as The Growlers, and dare I say Arctic Monkeys, The Buttertones add their own flavor of indie-surf-garage-rock-punk-doo-wop that any self-respecting indie kid would need to add to their playlist⁠—not to mention the addition of a saxophone sets them apart from other modern college rock bands that stick to the four basic band instruments. Overall, The Buttertones are setting an example of what kind of bands are to come in the future: a little bit old, a little bit new, and 100% dynamic.