Have A Game Night, Quarantine Style

Games you can virtually play with friends, all from the comfort of your home 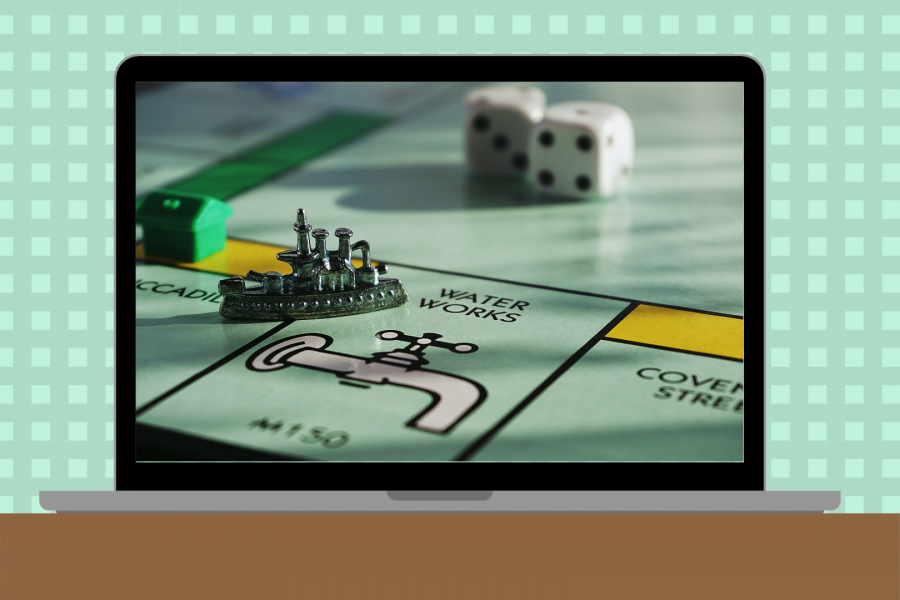 Although we’re all stuck at home at the moment (as we should be because of the coronavirus), it doesn’t mean we have to spend our days actually alone. Avid gamers are already well aware of this, but what about the people who literally have no idea how an Xbox works?

Believe it or not, you can hold virtual game nights for you and your friends without needing the hand-eye coordination of a 15-year-old “League of Legends” player.

So set up a video call, invite all of your friends and set up these games for what could be the funniest night of your life (note: you might start screaming at each other at some point).

And I just deleted https://t.co/k9fXiSgevi and no longer have a reason to listen to KROQ and I’ve been listening since 1982. Get w @RalphGarman and bring back the best damn morning show ever. Love you guys!

You’re going to need to be pretty witty for a game like “Quiplash.” In “Quiplash,” you compete against your friends to create the funniest response to a prompt or question, and your friends vote on which response they like best. I have to warn you, though—if your friends make a lot of jokes of the NSFW kind, then they’ll hold absolutely no punches with “Quiplash.”

Although games from the company, Jackbox, are meant to be put up on a TV for everyone to view, the player who owns the game can just share their screen through a video call, and everyone else can play from a web browser on their phones. Pretty simple!

“Jackbox Party Pack 3″ is arguably Jackbox’s best collection of games. The third pack includes five different games, one of which is the fan-favorite “Trivia Murder Party.” In “Trivia Murder Party,” you and your friends fight for your lives against a serial killer by answering random—very random—trivia questions or playing minigames for when you get your answers wrong. It also includes “Quiplash 2,” the second rendition of Quiplash because one version just isn’t enough.

Like “Quiplash,” the friend who owns “Jackbox Party Pack 3” can just simply set it up and share their screen while everyone plays from their phone.

You can buy it for $24.99 (seems a little steep, but with five games, that’s around $5 per game) on Steam. Jackbox Games are also discounting it for $14.99 if you buy it for the Nintendo Switch, Amazon Fire TV and Playstation 4.

If you end up becoming a fan of “Trivia Murder Party,” there’s a second edition of it, with more minigames and twists, in “Jackbox Party Pack 6.”

The Platypus has been added to the game! It's a platypus. They don't do much.Or… do they? pic.twitter.com/yCpc40Yk08

“Board Game Online” is exactly what it sounds like. It’s an online board game with the aspect that whoever gets to the finish line first wins, but without the physical board (and also, it’s NOT kid-friendly). It’s full of pop culture references, like the one you can see in the tweet above, and you have access to a jukebox that plays background music. There’s a chance your character will die, but no worries. You can get resurrected after three turns—that’s all part of the fun!

By the way, if you’re a fan of “Game of Thrones,” “Adventure Time,” “Doctor Who” or “Rick and Morty,” you get a chance in the game to allow players to travel the worlds of these shows.

“Board Game Online” is free to play and runs on donations.

Almost all of us know what Cards Against Humanity is. There’s a free-to-play online clone of the raunchy card game named “Pretend You’re Xyzzy” that you and your friends can play virtually. Set up a private room just for your group, give your friends the password and have the time of your life laughing nervously together because you really don’t know if it’s okay to.

Get ready to hang some of your friends. “Town of Salem,” another online game that involves no downloads, requires a lot of stealth, discussion and honestly, some accusatory screaming. The gist of the game is this: if you’re a townsperson, you have to work with the other townspeople to figure out who the mafia amongst you are and hang them. If you’re in the mafia, you have to kill every townsperson and try not to look suspicious.

Players are randomly assigned one of the game’s 48 roles, which can include escorts, werewolves, doctors, vigilantes, hypnotists and more, all of which have their own abilities. The game is split up into daytime, which is the time for townspeople to discuss who they think is suspicious, and nighttime, when mafiosos can carry out their murders.

Throw your friends off the scent, or try to prove your innocence when someone points a finger your way. Either way, someone’s going to get angry by the end of it.

“Drawful 2” is essentially like weird Pictionary. You and your friends get unique prompts that you’d never find in your parents’ Pictionary game, like “vaping,” “a missed high-five” or “bromance.”

Since “Drawful 2″ is also from Jackbox Games, it’s the same concept where you can set it up and share your screen on a video call.

“Skribbl.io” is also basically just like Pictionary, but you don’t need to download or pay for anything and you can play with random players if your friends are all busy. You can also insert custom words so you’re not only stuck with only prompts from the developers!

Did you know you could play the Kickstarter-funded card game on your phone? “Exploding Kittens,” the brainchild of popular artist The Oatmeal, gives you a simple goal: don’t get an exploding kitten, and if you do, you better have a defuse card ready. Screw people over by putting an exploding kitten card in the right place, and laugh at how ridiculous your cards are.