Who is Your Favorite Fictional Athlete? 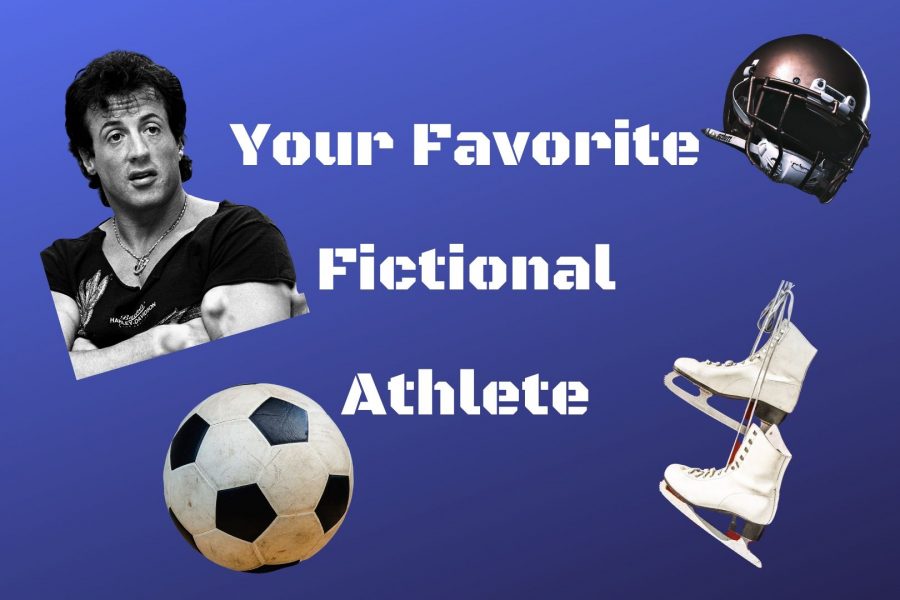 There are classic sports movies with inspiring athletes as the main characters that have become part of film history and iconography. The SAC Sidelines team chose our favorite fictional athletes—characters that show bravery in the face of adversity, are at times counted as underdogs and who in the end, taught us life lessons. Yes, these are just movies, but they help us escape for a couple of hours, especially under this stay at home order.

The greatest boxer there ever was or ever will be. Rocky is the person we all wish we could become. There’s a reason why this fictional character has a statue in Philadelphia. A lowly boxer from Philly, he came from nothing and was going nowhere in his life. The only thing that he had going for him was that he had never gotten his nose broken. When he finally did get his one opportunity, he didn’t let it slip; he captured it. His fight against the great Apollo Creed launched him into stardom. Even though he lost the fight (controversially, I might add), he displayed his grit and punching power to the world and more importantly, the Eye of the Tiger. Throughout his career, Rocky’s unique style of letting his opponents punch him in the face until they got tired helped him become a two-time heavyweight champion.

When Apollo Creed died in the ring, Balboa did what any sane person with a robot butler would have done (for this reference, check out Rocky IV). He came out of retirement to not only fight the man that killed his friend, but also fought him in the Soviet Union during the Cold War! Nobody gave the Italian Stallion a chance against the machine-like, cold blooded, best friend-killing Ivan Drago, but he overcame it just like every other challenge he faced, with an intense, perfectly scored training montage, followed by letting his opponent punch his face until they got tired.

Balboa even won over the Soviet fans to the point that they cheered for him instead of their own countryman. Rocky Balboa ended the Cold War that night after giving what is probably the most important speech in movie history.

Rocky’s message of change echoed through the arena and inspired change in everyone in that building. That alone should make him head and shoulders above any other athlete.

Don Billingsley plays fullback for the Permian Panthers varsity football team in the hotbed that is Texas High School football in the movie “Friday Night Lights.” His father also played for Permian and won a State Championship for them, which he proudly displays by constantly wearing his championship ring. His father constantly lords his achievement over his son and reminds him he will never have what it takes to win a ring. Since Don plays for his father’s alma mater in a tight-knit community, he is under constant pressure from his dad to uphold the family’s reputation. Although I never played varsity football at Don’s level, I could definitely relate to the relationship he had with his father since my father and I share a similar one, and that’s why he’s always been one of my favorite characters.

In the film, he is shown to have some fumbling issues, and he is subjected to physical and verbal abuse from his father when this happens. You can’t help but feel bad when you see his father slam him to the ground at practice after fumbling. After a particular game in which he fumbles, Don’s dad begins his usual drunken verbal onslaught on his way home from the game. While laying in the backseat of the car drunk, his father kicks out his window and throws his treasured championship ring out of the window in disgust as they drive down the highway.

As much as he hated his father at that moment, Don pulled over and spent all night looking for the ring. The next day, his father is hungover in the kitchen, and Don places the ring he spent all night searching for on the table as he heads out the door. I couldn’t help but relate to the character as he stuck it to his hungover father, while also showing that the championship ring meant something to him.

In the big game, Billingsley dislocates his shoulder, and in one of the most iconic football scenes ever, he gets it popped back in place and hops back in the game for a crucial late game drive. After playing his ass off all game, Billingsley makes a big run and holds onto the ball with tacklers bouncing off of him left and right, and his father looking on from the stands could only admire him with prideful admiration. The Panthers ultimately come up a yard short of winning the game (spoiler alert), and all the players are visibly heartbroken.

This last second loss produced my favorite Billingsley moment, which is when a distraught Billingsley’s hardass father comes down onto the field to hug and console his crying son and places his championship ring on his son’s finger. That moment alone could make a grown man cry. As someone who grew up with an alcoholic father who yelled at me in Spanish after every single one of my youth soccer club performances, Billingsley in “Friday Night Lights” really hit home for me. That’s why he is my favorite fictional athlete.

Oppressed and stressed. This is how it can feel as a teenager living under your parents’ roof. Jess from “Bend it Like Beckham” had to face adversity beyond the confines of her home. As a first generation Indian girl living in England, she faced racism, stereotypes and prejudice from her peers.

Football (known as soccer) was her outlet. She kept up just as well as any of the boys, as witnessed by her soon to be BFF who recruited Jess once she saw her during a match in the park. Jess joins the team, wins an important game—which she had to leave her sister’s traditional Indian wedding for—and starts a romance with the coach, Joe.

Despite the cheesy, borderline conflict-of-interest backstabbing-your-friend storyline (Juliette was definitely in her feelings about Coach Joe, too), this story is one about strength against the odds.

As a Latina who comes from a mostly traditional family, I was never told not to play a specific sport, but lots of my decisions and rebellious spirit was challenged by my family. I couldn’t spend the night at this friend’s house. I couldn’t walk home from school, but my brother could. I wouldn’t realize much later, like Jess, that lots of the protection my parents gave me, that I saw as strict, was out of love.

I admire Jess so much because she defied to the point of following her passion that she had an amazing talent for. She loved “the beautiful game” so much and showed her family how much she loved it, to the point that she connected eventually with her father, who was met with racism himself when he was younger playing cricket.

Jess is one of the strongest fictional athletes: she gave up a crush on her fine coach because it interfered with her friendship (and because she got a scholarship with her homegirl to Santa Clara University, so she chose to better herself instead of giving it up for a man), she stood up to her traditional conservative family for her love of soccer, and in the end made a stronger connection with them, recognizing that her father’s concerns about her playing came from a good place.

This is the comeback story nobody asked for, but everyone needed. Michaels is a brash charismatic figure skater, self-taught from the streets of Detroit who battled alcoholism and sex addiction. His rival James “Jimmy” MacElroy, the exact opposite, is a shy introvert from a privileged background who was equally as talented. When both skaters tied for first place during the 2002 Olympics, you knew that there was going to be a storm brewing. Both skaters go on to fight on the podium and burn the Olympic mascot in the process, resulting in their expulsion from men’s figure skating.

Michaels goes on to work as an evil wizard at a local children’s ice skating show until he gets fired for performing while intoxicated.

It wasn’t until a loophole in their suspension was found that they realized that they were suspended from men’s singles and that they were eligible to compete in duos, which is usually depicted as a male-female partnership.

Both Michaels and MacElroy begin their impeccable training session to redeem their former glory as masters of the rink by being the first duo to ever land The Iron Lotus, an infamous move in the movie that will earn them gold.

Michaels is a man who had to deal with poverty and learned to excel in a sport meant for the wealthy. Through his trials, Michaels came out to be an awesome skater, but became egotistical in his approach in life. But through his partnership with his rival MacElroy, his exact opposite, it allowed him to rise from the fire no longer as a sexual deviant, but as an even better skater, and more importantly, a better man.