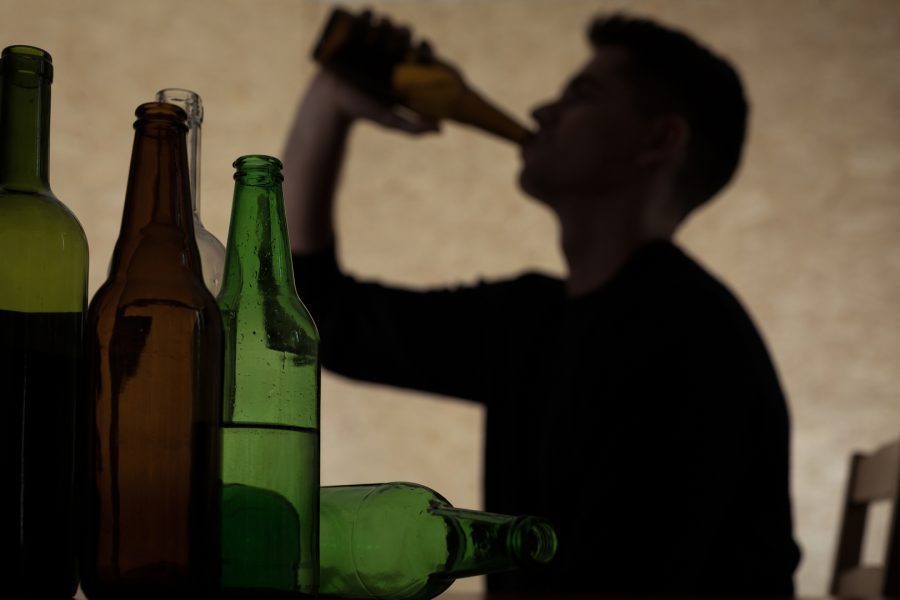 Alcohol sales have increased during the coronavirus outbreak. Photo courtesy of Shutterstock.

Social distancing guidelines have been implemented because of the COVID-19 pandemic, and many Americans have been ordered to limit interactions with other people and follow the shelter-in-place order.

While many Americans are used to an “on-the-go” lifestyle, the shelter-in-place order has caused a state of crisis. According to Nielsen, a marketing research firm, sales of alcoholic beverages have increased by 55%. The week ending on March 21 is when many of these states first ordered social distancing guidelines, and in comparison to last year, alcohol beverages saw their peak in sales.

Although attendance at clubs and bars has come to a halt, liquor stores have been considered an essential business because of the existence of virtual happy hours and alcohol delivery services. Thus, many Americans continue to drink at home.

While many Americans have suffered the loss of their jobs, and for students, a loss of their ability to physically attend classes, consumption of alcohol has been a response of some Americans to the pandemic.

This is especially true for kinesiology major Emely Venegas, 21, who said that she drinks at home because she is bored. Venegas did not consider herself to be a binge drinker, but with the shelter-in-place order, she now considers herself to be one.

“It probably depends how bored I am, but I will probably drink around four times a week,” Venegas said. She also added that she ends up calling her friends, who are also students, via FaceTime to drink with her.

“I drink more on FaceTime so I feel less isolated, but I do drink alone too, but even then I usually call someone,” Venegas said.

Additionally, sociology major Savannah Mkhitaryan, 21, said that she drinks while she is doing assignments for school.

“It depends on how I am feeling but I will usually pour myself a glass of wine. Sometimes if I feel like dancing, I’ll make myself a margarita,” Mkhitaryan said. She also said that she feels the need to constantly keep drinking so her alcohol tolerance will not decline by the time the shelter-in-place order is over.

Los Angeles County public health officials announced on April 10 that the shelter-in-place order has been extended to last until May 15.