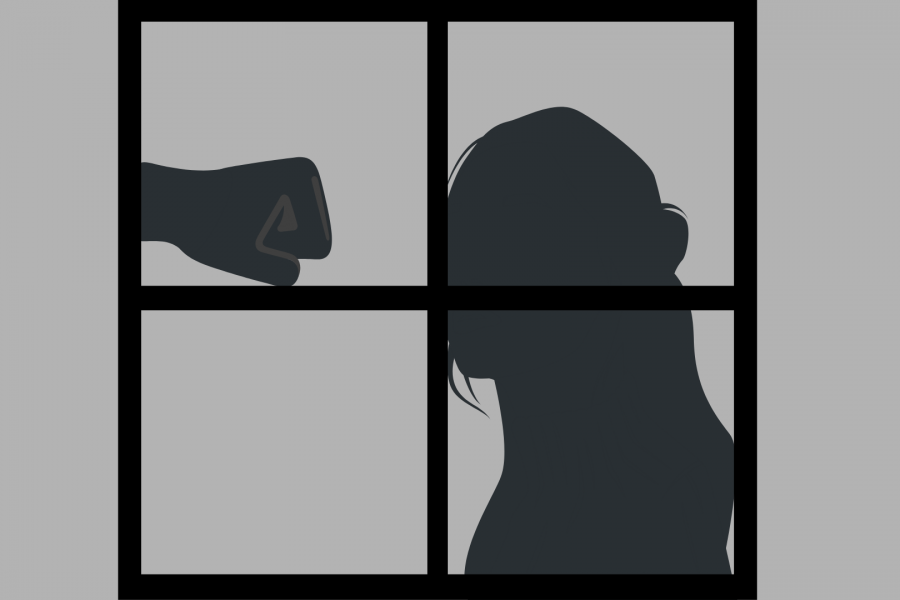 Locked up, nowhere to go and terrified. I wish I was describing what it’s like to be following stay-at- home orders during the COVID-19 pandemic. While those feelings are what the general public has been sharing in social media venting sessions, I am describing the feeling a domestic abuse victim goes through when they are living with an abuser. 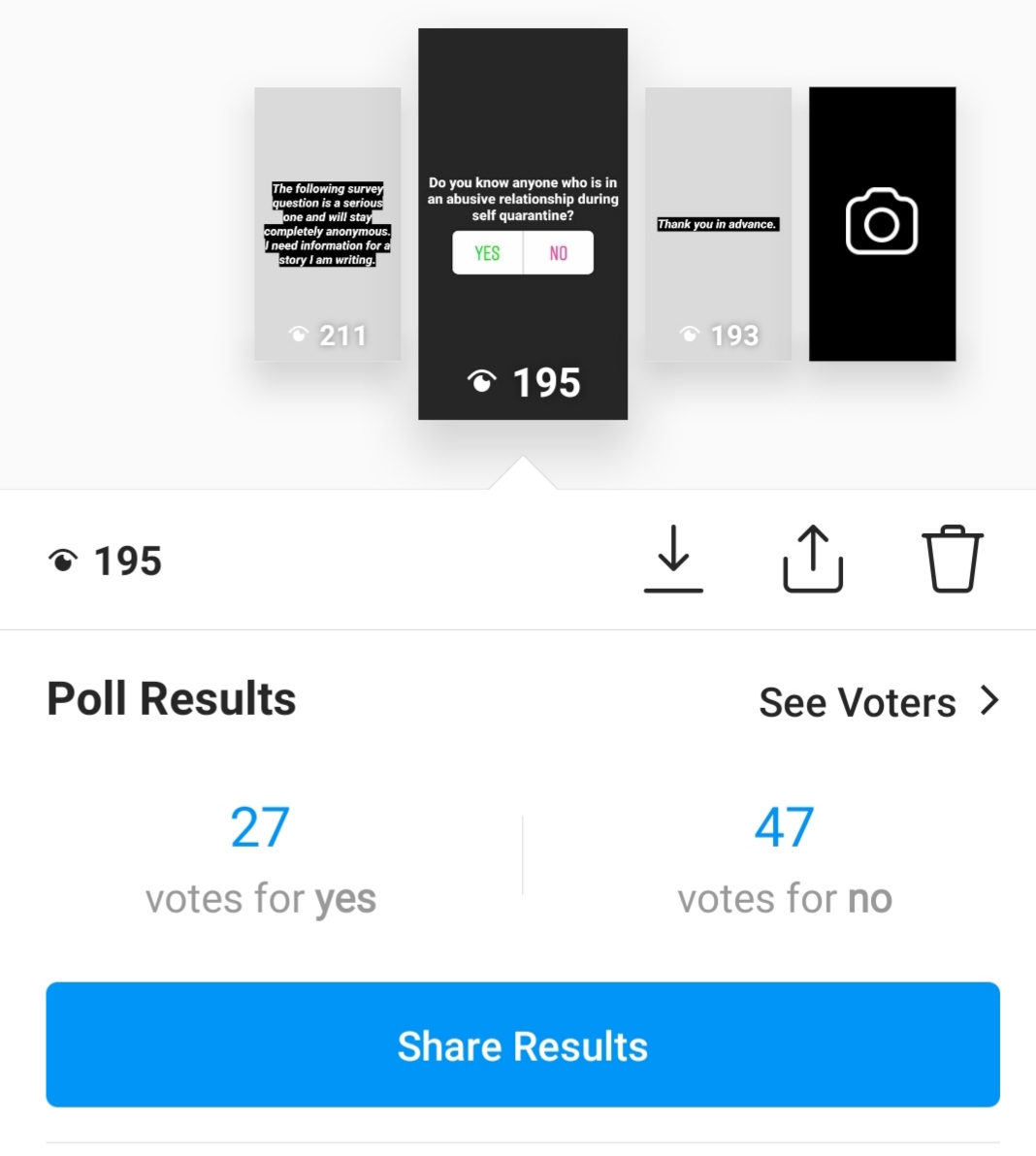 In a piece published in The New York Times, Marianne Hester, a Bristol University sociologist who studies abusive relationships, said that domestic violence goes up whenever families spend more time together, like during holidays.

An article in Spectrum News 1 published on May 4 gave an update on increases in domestic violence cases after the shut down order began.

Spectrum News interviewed Patti Giggans, Executive Director of the nonprofit Peace Over Violence, who said there has been a “constant flow,” not an increase, in cases of domestic violence in L.A. during the COVID-19 pandemic.

“What we are seeing is just a steady flow. It’s just constant,” she said. “It’s not that we’re seeing a big spike; people are talking about a spike. L.A. is not having a spike, but every agency, every domestic violence program and crisis center, among all the other non-profits, we’re working together to help people stay in place, get out if it’s possible and it may not be possible.”

On April 6, U.N. Chief Antonio Guterres placed domestic violence victims on the forefront of importance during the pandemic. According to an article released by UN News, “The UN chief urged all governments to make the prevention and redress of violence against women a key part of their national response plans for COVID-19, and outlined several actions that can be taken to improve the situation.”

Some of the recommendations outlined for protection of domestic violence victims included declaring shelters as essential services, creating safe ways for victims to seek support without alerting their abusers, avoid releasing prisoners convicted of violence against women and making sure judicial systems continue to prosecute abusers.

This stay-at-home order has been a struggle for me, not only because it was hard to adjust to online classes and, as an extrovert, to be isolated from the outside world in an extreme way, but because of triggers. Some of the triggers came from the similarities between the self-quarantine and my marriage to an abuser. Triggers are situations, moments and thoughts, large or small, that remind someone of a trauma they went through.

I was with my abuser for seven years, and the abuse began right after we got married. I’ve written about it in detail. When my ex punched me, dug his nails into my skin, pulled my hair and did any of the other things he did to abuse me, the majority of it happened in my parents’ house, in my room.

When you are under an abuser’s control, you are almost completely blind to reality, and would do anything for them. I convinced my parents, who love me unconditionally, to allow my ex and me to live under their roof. Little did I know that I would spend the most horrific and damaging days of my life in the very place that was supposed to be my sanctuary. My parents never knew what was happening in that room.

Since my divorce in 2017, I have healed a lot as a survivor. I am grateful for my family and the roof I’ve had over my head since we moved in when I was 3 months old. However, when you’re a survivor, trauma haunts you, and at times it can arise when you least expect.

Being home during this pandemic, without celebrating anything special and being stuck between four walls, has at moments reminded me of the trauma that involved my ex, minus the smothering, the blows to my arms and legs so that the outside world wouldn’t see them and the degrading and demoralizing words he spewed at me.

I have to clarify that I am absolutely grateful to be in self-quarantine with my family, not worrying about where my next meal will come from, to be employed, and that my parents and I have our health. That can be true while I also recall vivid memories of abuse at the hands of a monster that took place at the same place I call home.

Yes, I face triggers. No, I can’t usually predict them. This will be the case for other survivors as well. It is Post Traumatic Stress Disorder PTSD which does not just claim military veterans, but also survivors from traumatic experiences.

When I was with my ex, I stopped going to family holiday parties which always meant so much to me. I stayed inside, giving up my beliefs and celebrations all because I “respected” my ex and his own religious views so much. Little did I know it was because he was an alienated sociopathic hermit, which was the real reason we did not participate in holidays. Now, during quarantine, we couldn’t celebrate my mom’s birthday outside or with family, which I consider “special,” yet similar to when I was trapped with my ex.

Another specific situation I faced during my abuse was being completely alienated from my friends. I stopped showing up to group gatherings, parties, special occasions or the smallest happy hour. This was all, again, because my ex was my world. I was under his thumb. If he didn’t want to go out with my friends (he’d claim my best of friends were boring, or single one out and claim an outlandish reason why he didn’t like them), I would stay home with him, making dinner, watching a movie, or on an off night, crying myself to sleep after he had said something awful about my appearance, my family, my friends, my personality, anything. All was fair game. On those nights, I’d think, “Well, at least he didn’t hit me tonight.”

Though I was left with permanent mental and emotional scars after the abuse and will always carry those traumas with me, healing is also a lot of work, work which I have finally come around to taking seriously. It wasn’t for lack of trying. I was in and out of therapy while in my marriage, which was hopeless because I would cry my eyes out in group therapy with other abused women and go back home to the same sad and horrific situation, or I did not feel like I was ready to talk about my abuse, even to a therapist.

After hopping around different places for therapy, but never long enough to focus on healing, I have been in therapy for nine months now and I have felt real progress. I’m in no way out of my trauma and likely never will be, but healing and speaking to someone who is trained in helping survivors build themselves back up again, manage triggers, de-escalate anxiety, and who has helped me build healthy boundaries that were demolished by my ex has been a rewarding experience. My hope is, during this pandemic and beyond, that victims and survivors can understand what they are going through or have survived through is not their fault under any circumstance.

Some women at this very moment that I type this are being beaten, are sheltering their children from their fathers and taking the blows for them, are terrified to leave whether for financial insecurity, food or shelter, or are living with an abuser who is in possession of weapons or firearms. I read in one case that some victims fear that by going to an outreach organization for domestic violence victims or even just stepping out of their house, they will contract the coronavirus, because their abuser has instilled fear in them, this time through the pandemic.

Not all victims will survive, which is the most tragic. Not all will have that moment where they can flee. However, there are resources out there for those in it that allow them to reach out for help, assistance or safely have someone to speak to.

Here are resources in and around the L.A. area for friends, family, victims and survivors to look into:

California Partnership to End Domestic Violence: “shaping public policy, increasing community awareness, and strengthening our members’ capacity to work toward our common goal of advancing the safety and healing of victims, survivors and their families.”