Westside Gunn’s 2020 album, “Pray for Paris,” is some of his best work, featuring steely, gritty bars about stories of retribution and designer excess 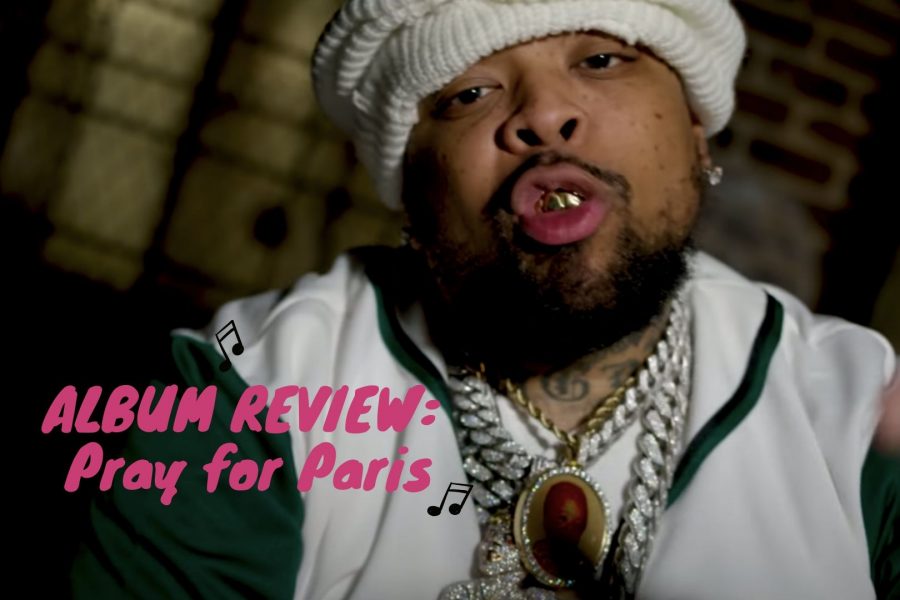 “Pray for Paris” is designer street rap at its core; the first track, “$400 Million Plus Tax,” is a recording of the record-breaking sale of da Vinci’s $400 million painting “Salvator Mundi.”

Prefacing the album is fall 2019’s Paris Fashion Week, to which Westside Gunn was invited by Louis Vuitton Creative Director Virgil Abloh. Abloh had explained to GQ, “I need chains and diamonds in the front row.”

At 37, it was Gunn’s first time leaving the United States, and he was inspired by everything he had seen throughout Paris Fashion Week. Following Fashion Week, he stuck around in Paris and booked studio time, where he then recorded “Pray for Paris.” In a livestream with fans, Gunn revealed he dealt with the symptoms of coronavirus in the weeks leading up to the album’s release, having received news he contracted the virus while recording in Paris.

Despite the tough recording conditions, “Pray for Paris” includes what are arguably some of the best songs of Gunn’s career. The album features production from the likes of DJ Premier and Tyler, the Creator (as well as a feature), among others, and includes features from Benny the Butcher, Conway the Machine, Freddie Gibbs, Wale, Keisha Plum and Roc Marciano.

“Eurostep” presents Gunn at his purest, with bars being traded over a grimy yet elegant beat. He raps about designer dog leashes on his Saint Bernards, cooking cocaine in Avianne watches and sipping wine in France with Clovis Ochin, the famed wine specialist. The Griselda trio share a verse together on “Allah Sent Me,” where Gunn references praying five times a day—in Islamic tradition—as Conway raps about mingling at Jay-Z’s Roc Nation brunch, while Benny the Butcher reminisces on shopping trips to Kith in between hits on rappers he deems weak.

Despite many of the songs sharing a similar pace, Gunn’s vocal flow and delivery changes up often enough to avoid the album feeling repetitive. New listeners might find Gunn’s high pitched vocals to be off-putting, but in the context of “Pray for Paris,” Gunn makes it work. His delivery and constant gunshot adlibs create for harsh, gritty sounding bars, and the lack of an established time structure makes it all feel current, and timeless. The constant reminder of Gunn’s lifestyle and hazy distinction between his current and past create for a world in which all of it seems to be happening simultaneously.

The Buffalo rapper is part of Griselda, a rap group composed of Gunn, Benny the Butcher and Conway the Machine, who are his cousin and brother, respectively. However, what began as a rap group popular mainly among a niche rap fans grew as industry heavyweights caught on. Eminem has since signed Gunn to his label. Kanye was spotted with the group in Wyoming. Jay-Z’s Roc Nation signed them to a management partnership and Drake referenced an upcoming collaboration with a Griselda labelmate in interviews. Their success is largely driven by Gunn’s unique rap style, one which has led to Griselda’s dedicated fan base years in the making.

Easily the most mainstream of his projects due to a combination of his own popularity and featured guest assists, “Pray for Paris” finds Gunn referencing his sordid drug-dealing days laced with bars about luxurious decadence. Bars referencing robberies at Christies and blood on Mundi paintings demonstrate Gunn’s haute-couture obsession. Gunn’s album stands as some of the best new music of 2020, and with the run Griselda has had over the past decade, expect to see their names again soon.