Letter From The Editor-in-Chief: Too Stubborn To Stop Now

We recognize our responsibility and the sacrifices we need to make 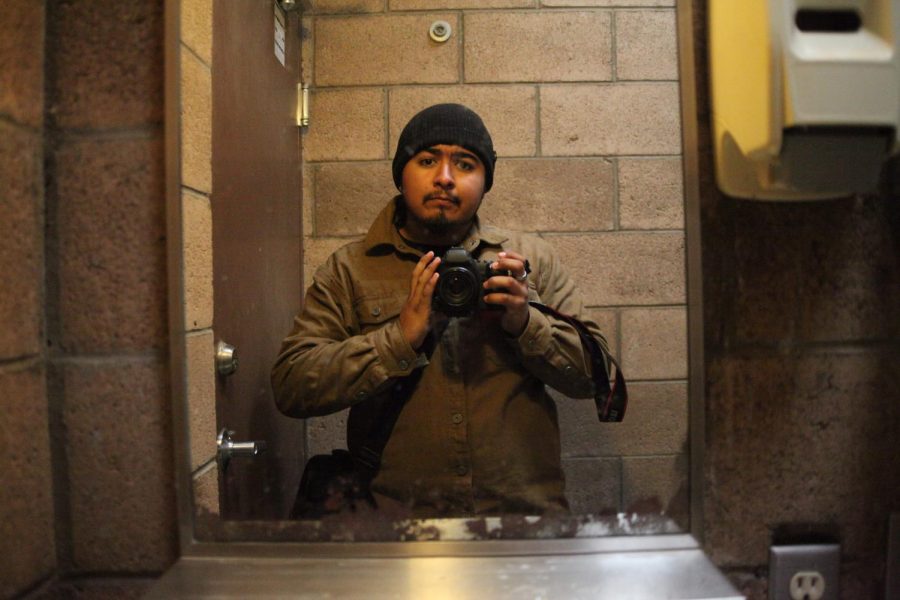 SAC.Media Editor-in-Chief Abraham Navarro takes a photo of himself at San Jacinto Wildlife Area as he works on a story for Substance.Media on November 20, 2019. Photo credit: Abraham Navarro/SAC.Media

When I stepped up to take the position as editor-in-chief of SAC.Media, the reality of the world had finally hit me. I realized that there will never be a time like that before 2020 again. The world will never be the same.

I realized, along with the rest of America, that the injustice that has been plaguing the U.S. for hundreds of years will not go away until every single ounce of hate is squeezed out of the systems under which each of us exist.

Lady Justice is blind, with a delicately balanced scale that says the color of a person’s skin should not be a factor in deciding a person’s punishment or the duration of their lives. She has a sword which is set in motion by the cries of the broken and tired. We are tired of seeing the blood of people who didn’t deserve to have it spilled and more tired of seeing it flow without justice.

I can only imagine how scared and disoriented Breonna Taylor felt as the burning hot bullets, unavoidable and unannounced, zipped through her apartment. Why the men who are responsible for her death are not behind bars today, 166 days later, is a total mystery to me.

Watching the protests across the nation shows me that people are striving for a major systemic reform and will not accept half assed responses this time.  Why they should ever stop asking that people of color not be killed in cold blood because the color of their skin is the real mystery.

This summer, I saw that a local young man and Los Angeles Trade Tech Community College student by the name of Andres Guardado was shot by police while working as a security guard, a job I was preparing myself for at that time.Could I have been at the same risk had I continued forward with that job?

This year an infectious pandemic has also taken the world completely by surprise. At this point the coronavirus is nothing new. The case is different, however, for the world it is creating.

Entire nations have been brought to their knees by the microscopic threat. We would have never imagined seeing everyone wearing a mask while out at the grocery store just six months ago.

People around me have seen their loved ones die, leaving behind orphans and holes in hearts, bringing the reality of just how thin the line between life and death really is up to the surface. My best friend, who is okay now, called me crying and saying his goodbyes because he didn’t know what the virus would do to him.

These are times of unprecedented suffering and fear and as journalists, it is our job at SAC.Media to share the truth. Although our lives have been put on hold as well, we all understand the responsibility we have to share the information that will keep our audience out of the dark folds of obliviousness.

As the students and faculty of Mt. SAC move into the first full semester of online courses, there is a lot of fear for the future and more questions than there are answers for. As a student run publication, we are right there with them and  asking the same questions while wondering the same things.

Although things have changed and we all face these new adversities, SAC.Media still upholds the same message my predecessor Natalie Lu said in March: “SAC.Media will go on.”

We are brave enough to face the challenges ahead with an unwavering cadence, and we are stubborn enough to know that we can’t back down and we won’t. This is not the first challenge journalism has ever faced, and it will not be the last.

During my time as Editor in Chief, I will make sure that our communities receive the information important to them, and their peoples have their stories shared. SAC.Media will be a magnifying glass for the community at and around Mt. SAC and will always have an open ear for the people.

Difficult times come and go and so, too, will this one. The truth is that right now we don’t know when things will get back to anything that resembles normal. The sacrifices we will have to make, such as losing traditional graduation, missing family trips and going to parties, might go on for longer than we expect. But we will be there to share every development, and more.

There is no greater calling in the world of journalism than to keep those informed in times of uncertainty, and as part of the student body, SAC.Media recognizes that responsibility to our peers, mentors and members of the community who make up our audience.