Top 5 Games We Love to Hate

We love them, but it can feel like they hate us- here are our favorite keyboard cracking, controller crushing games to play during quarantine 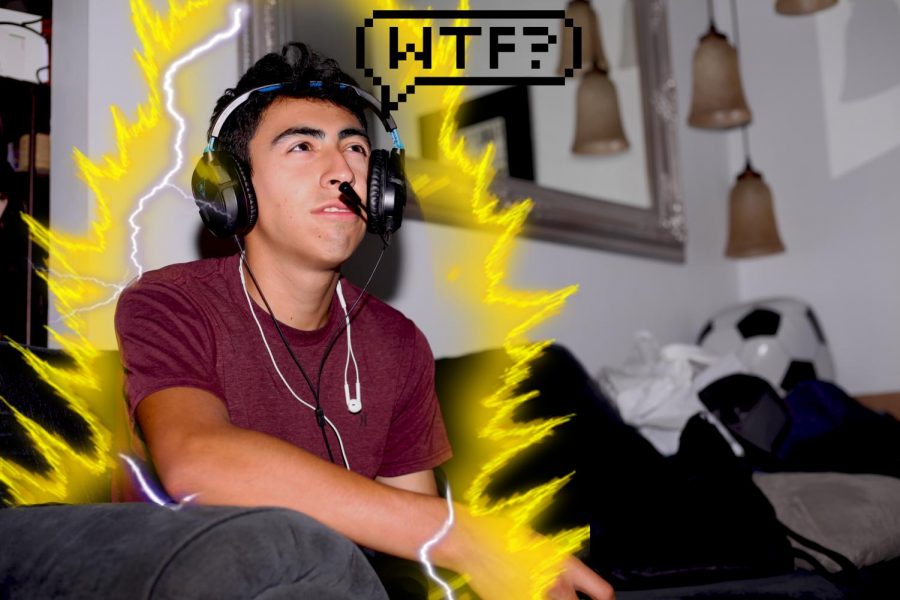 People are spending a lot more time at home due to the pandemic. One way to keep us from dying of boredom and help us stay sane is by playing video games. Choosing the right game to play is very important. Here are the five games that people often get mad at but cannot let go.
No. 5 Fall Guys

Released August 2020, this is a very popular game as of late. But it’s all fun and games until you get competitive.

Discord user TeemoTarantino said it was fun playing with friends but very frustrating when playing alone.

Discord user Deadlyforce said that as the game progresses it gets more irritating because it becomes less of a race to finish but more of a race to get rid of your competitors.

For the first time ever, the beloved franchise recently got a PC port. Prior to 2018, Monster Hunter games were mostly only playable on PlayStation, Xbox, and Nintendo consoles. Some people find it hard to maneuver; some find it repetitive.

Discord user Rivcon said, “the character movement is a little weird. It is designed more for console [controller].”

TeemoTaranitno said, “Kirin.” It is one of the most rare and difficult monsters one can encounter in MHW.
No. 3 World of Warcraft

Where there are people, there will be drama! WoW is one of the longest running massively multiplayer online role-playing games, it does not lack disagreements amongst its players. As people from diverse backgrounds and cultures trying to work together.

Discord user and raid team leader Gillean said coordinating up to 29 people where a few mistakes can lead to failure often leads to frustrations.

“In an organized group, the drama of having so many individuals leads to many stresses filled nights,” he said.
No. 2 Overwatch

Even though it offers different play modes, there will always be someone that takes the game a bit too seriously.

Discord user Rex said that the incompetent matching system made it difficult for new players to enjoy the game because they often got paired up and yelled at by more experienced and competitive players.
No.1 League of Legends

It is not a surprise to most people in the gaming community that League of Legends is topping this category.

Discord user Sparky said that it has a toxic community.

“[It is] highly competitive, short fused, with a high probability to either have attempts of aggravation towards others to elicit response. Either to throw people off their game and gain an advantage playing on a person’s emotions or to ease stress in their lives by taking it out on others,” he said.

Even though games can lead to frustration and outrage, players can still find reasons to hop on and nuke it out with other salt baes. Despite all the salt there is still some fun in playing these games.
Rivcon said, “The more competitive you treat any of the games, the more precise you want to play each game, which is the main reason it becomes ‘ragey.’ But each game can be relaxing and fun depending on the individual and/or friends someone plays with.”
Gillean said that all games are great when the positives outweigh the negatives, if he can manage some degrees of success, the negative part of the game is tolerable.
But if you must play these games, bring a friend or two, or as many as you can. At least you won’t suffer alone and have someone to laugh with or laugh at when everything is said and done.