Conservative or liberal? Democrat or republican? Left or right? 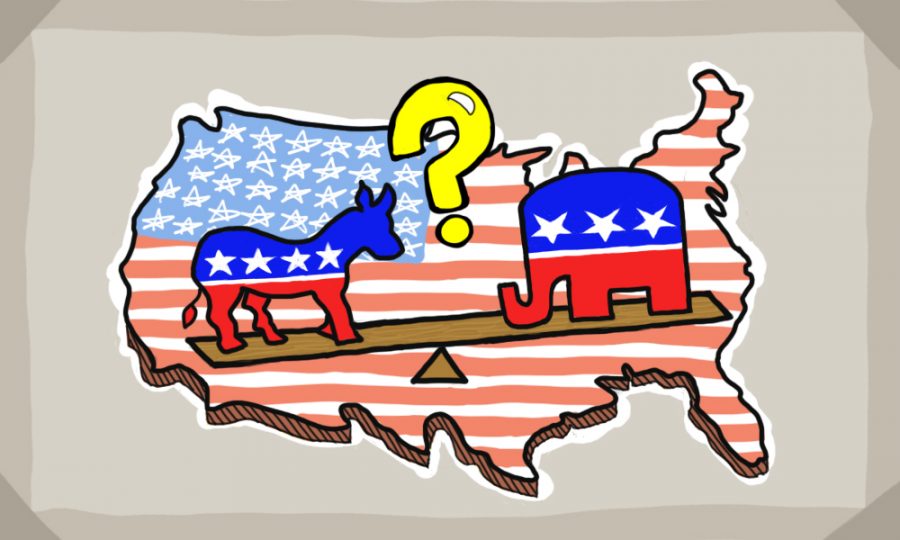 With a big presidential election coming up, you’re likely hearing more political rhetoric on your TV and you’re probably seeing more lawn signs on your neighbors’ yards.
What’s more noticeable is that you’re probably seeing your friends, family and acquaintances on social media revealing their political beliefs.
Whether you have a new interest in politics or you’re looking to affirm your political beliefs, below are four online tests that predict your political lean.

Political Typology Quiz from the Pew Research Center
The Pew Research Center is a nonpartisan think tank which conducts public opinion polling, demographic research, content analysis and other data-driven social science research.
The quiz is made up of 17 questions from which you choose one of two answers that aligns more with your personal views. Your result is compared to a spectrum of ideological placements from opportunity democrats to core conservatives to bystanders.
Take the quiz here.
ChartsMe Political Quiz
This quiz asks 27 non-political questions about your level of disgust in random scenarios. For example, one question asks you to agree or disagree to the statement:
I might be willing to try eating monkey meat, under some circumstances.
After answering 27 questions, the quiz will predict whether you’re a Republican or a Democrat!
Take the quiz here.
The Guardian: The New Populism – How Populist are you? Quiz
Populism is an ideology that strives to represent the common people instead of elite individuals. Political leaders like Bernie Sanders and Donald Trump are often called “populists.”
After answering 20 questions that ask whether you agree or disagree with certain statements, the quiz compares your results to world leaders’ beliefs.
Take the quiz here.
The New York Times – Let Us Predict Whether You’re a Republican or Democrat
This quiz from The New York Times is based on personal demographics and explains how important a role demographics play in someone’s political allegiance. The quiz consists of six simple yes-or-no questions about race, religion, military experience, and age, then predicts whether you’re a Republican or Democrat.
Take the quiz here.

Eligible voters can register to vote before the Oct. 19 deadline or at the polls for a provisional ballot.