Americans are up the creek without a paddle- we need government assistance now. 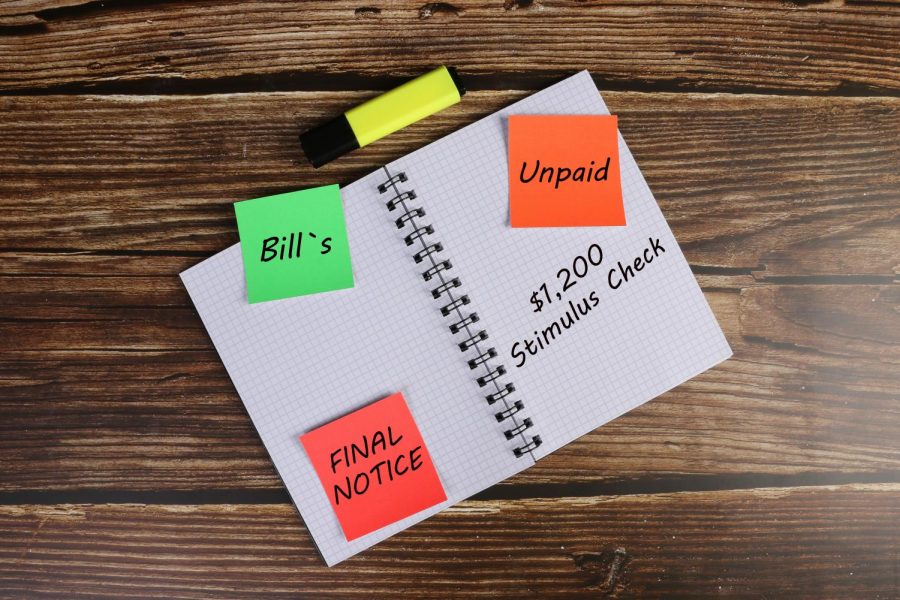 Photo by Jernej Furman on flickr.com

The American people need actual financial support from the government now! Many, if not all, were fortunate enough to receive that first oh-so-gracious $1,200 from our government back in April. Was $1,200 enough for the first time around? Who’s to say that a second stimulus check is going to save our asses let alone our assets? Well on Sept. 28 the House Democrats finally came up with a second stimulus plan, one that is worth $2.2 trillion. But what does this include? According to a Business Insider article, $600 of federal unemployment along with a second round of $1,200 stimulus checks. Sound familiar?

This does not trail too far from the first stimulus relief plan that was released back in April. According to author Joseph Zeballos-Roig of Business Insider, COVID-19 testing, contact tracing as well as the funds for education and small businesses are included in the stimulus package. So how will that help the many Americans who are in dire need to pay their rent or monthly bills?

The second stimulus plan will follow the same guidelines as The Heroes Act, with Payroll Protection which will offer help for small businesses in making sure they pay up to 8 weeks of payroll costs including benefits to their employees. The intent is to possibly just make it easier to pay the bills, interest on mortgages, rent and utilities (or not).

What makes this plan better than the last? Comparing the first stimulus plan to the second definitely shows some differences. One being that not everyone was able to receive the first stimulus check. This new plan at first was supposed to spend $3.4 trillion but Republicans lowered it by $1.2 trillion instead. According to CBS News author, Aimiee Picchi, the DNC and GOP have both been deadlocked in these negotiations since August. As if their disagreements weren’t affecting the American people enough.

Unlike the first plan, which only allowed 2018-2019 taxpayers to receive their check, the second plan makes the package more accessible for those who couldn’t back in the Spring. According to an article by Forbes, the guidelines for eligibility are simply having a valid social security number, and not being claimed as dependent by another taxpayer.

This means that you can either get up to $1,200 to $2,400 depending on the dynamic of your dependency or household. Basically, being claimed as a dependent of 18 years old meant no check, but this time around with some luck will allow for some to qualify for money. More importantly this new edition of the Heroes Act will also provide for child care, like food stamp benefits. According to CBS News, this plan is set to aid families that are suffering from job-loss, but IS THIS ENOUGH?

Surely negative outcomes could arise from the second plan, but we’re all here to focus on the positive reasons as to why we could all use that money in our pockets. Not saying that we haven’t been guilty of spending money how we please, but this time around some if not most Americans are still unemployed. According to an Oct. 1 news report by the Department of Labor, more than 31 million people are having to file for unemployment.

Many Americans, like myself, have been laid off and were receiving unemployment payments which ended back in July. While some were not able to file for unemployment at all due to high volume of applications, others have become fearful of seeking new employment. This is because of the high-risk factors that they might contract the coronavirus and infect their loved ones.

Two things in life are certain, death and taxes. Whoever said that forgot about monthly debts like rent, water, electricity and the other necessities of life. These things just don’t go away. Sure, some companies like Spectrum were nice enough to allow free wi-fi for students, while some phone carriers like Sprint, AT&T, and Verizon were waiving late phone fees.

Needless to say, this pandemic really took a toll on all of us and how we lived our lives. Now after having to adapt to what is deemed “normal,” we are forced to resume our weekly schedules. The current up-to-date plan by Democrats is aiming to help many Americans by sending a second wave of stimulus checks, adding extra funds for unemployment benefits, coronavirus testing, schools and even small businesses.

Today more than 11 million Americans are still jobless, and most businesses have either filed for bankruptcy or completely closed down, according to CBS News. I believe that we all deserve the help from our government and that this second $2.2 trillion stimulus plan should be passed as soon as possible.

Although both the House and Senate must come to an agreement, I strongly urge that our representatives in congress make their decision quickly because the lives of many Americans could use all the help we can get right about now.

In a series of tweets, President Trump announced, “I have instructed my representatives to stop negotiating until after the election when, immediately after I win, we will pass a major Stimulus Bill that focuses on hardworking Americans and Small Business.” This is the money we should be using to put food on the table and keep the roof over our heads. Why should we have to wait just because this tax evader needs a publicity stunt, we need the money now.