Being Myself in the Background 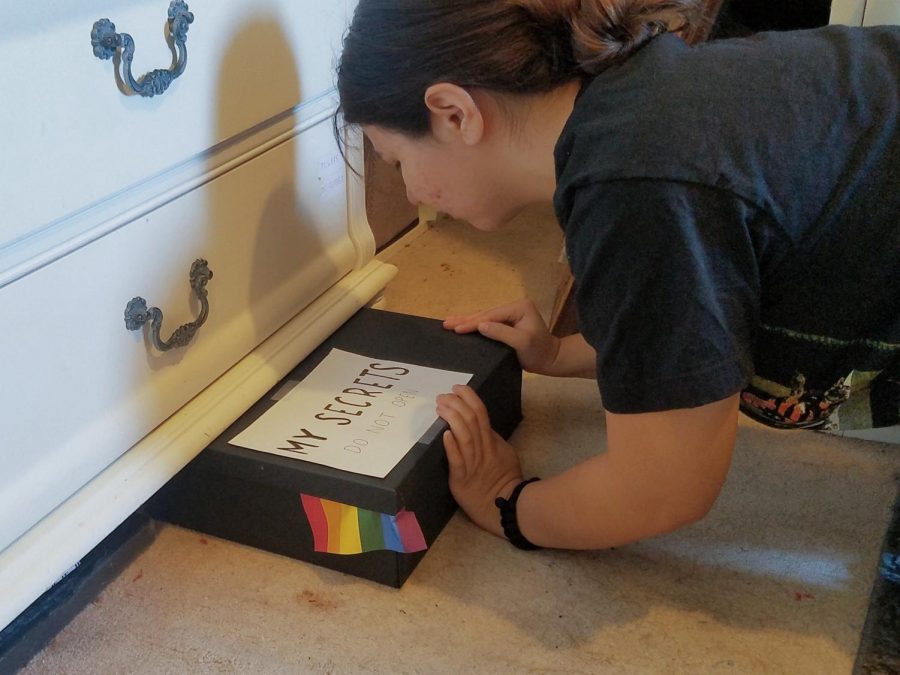 Hiding a big secret from family can strain every aspect of life. For Business Administration major Megan Stevens, 20, hiding a part of herself has become part of her daily life. Stevens is gender fluid and homoromantic asexual.

Accoring to the Merriam-Webster diction someone who is asexual does, “not have sexual feelings toward others, or does not experiene sexual desire or attraction.”

For Stevens, she does have a little attraction to other people, (mostly females) but it is very little.

“For me it’s like bisexuality in a way. How like some people, if they’re bi, they have a percentage of how much that they like a guy or a girl,” Stevens said. “It would be like 80% of the time I don’t get attracted and 20% of the time I do.”

Stevens started to realize her attraction to the opposite gender was different from her peers around the time she was in middle school.

“I discovered this around my eighth grade year. Typically, middle schoolers are boy crazy, but I didn’t experience that,” She said. “I had crushes, but it wasn’t like how most of my friends were.”

Stevens would continue to discover her sexuality all the way until college.

“At the age of 15, I discovered that unlike anybody else at that age, I had no sexual attraction or sex drive and discovered I was asexual,” Stevens said. “At 18 and [during] my first year of college, I had more attraction towards the same sex, being females and I finally discovered that I myself am not only asexual, which has stuck around pretty much most of my life, and am now a lesbian.”

While she was making that discovery about her sexuality, she was also making another discovery concerning her gender.

“By the time I turned 17 I rethought about how I identified, and considered myself gender-fluid and asexual,” she said. “I found a style that I personally enjoyed without the thought of pleasing others.”

Stevens has been keeping these discoveries to herself because she is scared of how her family would react.

“My mom has made some comments about certain sexualiies that I’m not comfortable with,” Stevens said. “That’s what made me keep it in longer. I’m glad I kept a secret for so long. From my perspective, I feel like my family wouldn’t really understand what I’m going through.”

Because she has been keeping this a secret from her family Stevens fears doing certain things such as getting her wisdom teeth out for fears that she might unwittingly let the secret out.

“I would be really nervous and scared because I’m not out to my family and so going through the wisdom extraction and anesthesia – that would just be scary for me,” she said. “What if I say something and end up outing myself when I’m not fully conscious?”

Even though she hasn’t told her family, Stevens has a strong support system among her friends.

“The first time I came out to my first few friends I felt relieved,” Stevens said. “Having that support from friends made me feel really good about myself. I know they have my back. I have this whole community to lean back on.”

Stevens finally feels complete and happy in her journey of discovery, but she knows telling her parents is her next step.

“I hope to come out to family around Christmas 2020 and hope for the best reaction,” Stevens said. “I do know if my family doesn’t support me, I have this amazing community and my amazing friends that are also part of this community and allies that I know have my back and support me.”