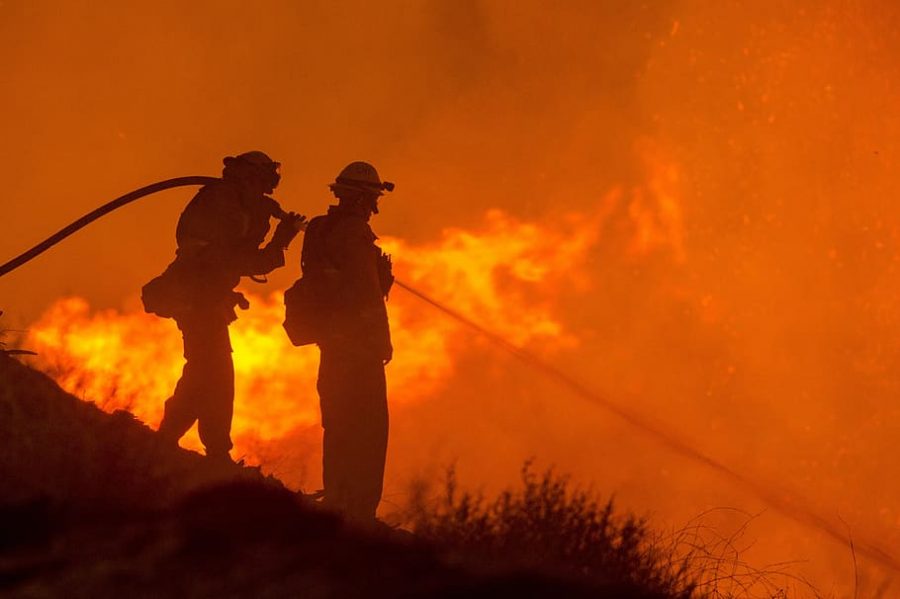 Lauren Berny, 26, journalism major at Cal State Long Beach lives in Chino Hills with her family. At around 5 p.m. yesterday, they were put under a voluntary evacuation that later turned into a mandatory evacuation.

“I was out interviewing someone when my mom called me and told me the cops warned us to evacuate,” she said. “She told me not to come back home and packed my stuff for me.”

“I was just worried about my family.”

About 200 firefighters were originally deployed to fight the fire, now that number is at 1,000. Fire crews are also battling the Silverado Fire near Irvine, which has burned 7,200 acres and caused an evacuation of about 90,000 residents.

It has done heavy damage to at least one residency and is currently 0% contained. No injuries to fire personnel or community members have been reported.