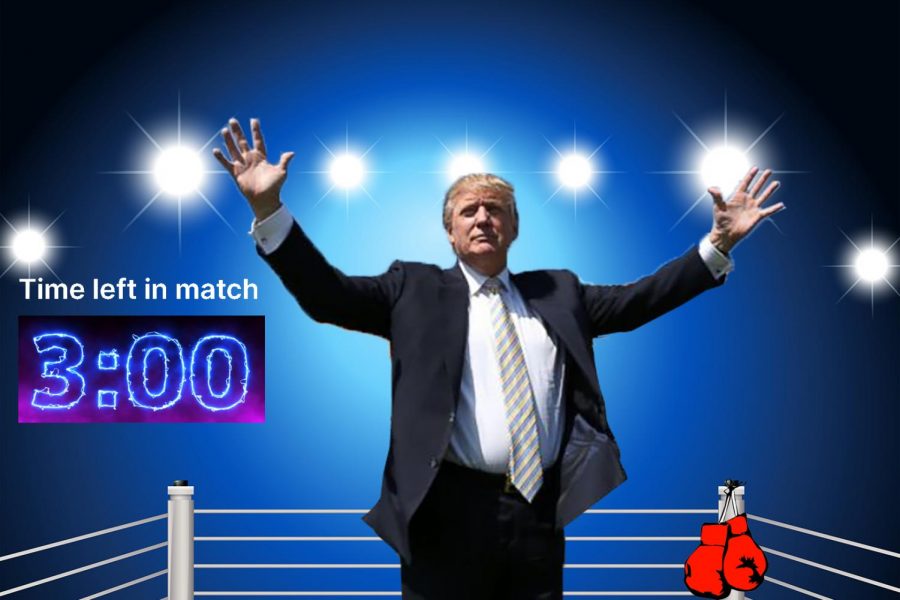 Although Election Day has passed Trump had the audacity (yet again), to hold a press conference claiming his victory early Wednesday morning. No doubt that Election Day has most of us on edge, but annoyingly enough has also left many bothered. Trump has made accusations that a scheme is in play with mail-in vote ballots, calling it, “a major fraud in our nation.” Did he stop there? You can bet your star-striped shirt he did not. Even Facebook and Twitter have been busy flagging more content linking to Trump’s false victory announcements. According to Politico, trending hashtags like #StealTheVote and #VoterFraud were generated by social media users. More surprising were the interactions that were made by this type of content…can someone spell “click-bait?” But this is expected of our current president’s supporters––always posting before fact checking. Looks as if Trump had forgotten to fact check his own statements yet again (WHOOPS).

However, just like any child losing at his own game, Trump’s campaign even went so far as to sue key states which include, Wisconsin, Michigan, Georgia and Pennsylvania. While it seems the boys in red are demanding a recount, it is very similar to a do-over call in a child’s game of tag.
Biden has said on multiple occasions that he plans to win this election fairly through democracy. On the other hand, Trump wants to completely stop mail-in ballot counting. This strategy is far from a fair fight. Never in the history of the U.S. has a president been allowed to do so––even with Trump’s threats to have the Supreme Court involved. So, when all else fails get physical right? It’s almost as if Trump is calling for the help of an older sibling when losing in a fight. But wasn’t Trump calling out Biden in a fist-fight not so long ago saying, “that’s probably the one I’d like to most fight.”

According to the Associated Press, millions of mail-in ballot votes are still currently being counted, so how is it that Trump predicted his winnings? Clearly our beloved president has forgotten about the rules and regulations of this game. By now after these past 4 years nothing Trump says or does should be a shocker. Biden says that, “no one’s going to take our democracy away from us — not now, not ever.” The final decision of who the next 4-year term elected official is still well underway! Just like American baseball legend, Yogi Berra once said, “It ain’t over till it’s over.” More accurately it ain’t over till the fat lady sings, and unfortunately for Trump, regardless of his structure and his size, he most certainly is NOT that lady.