Online Sex Work is Becoming Mainstream Thanks to Onlyfans 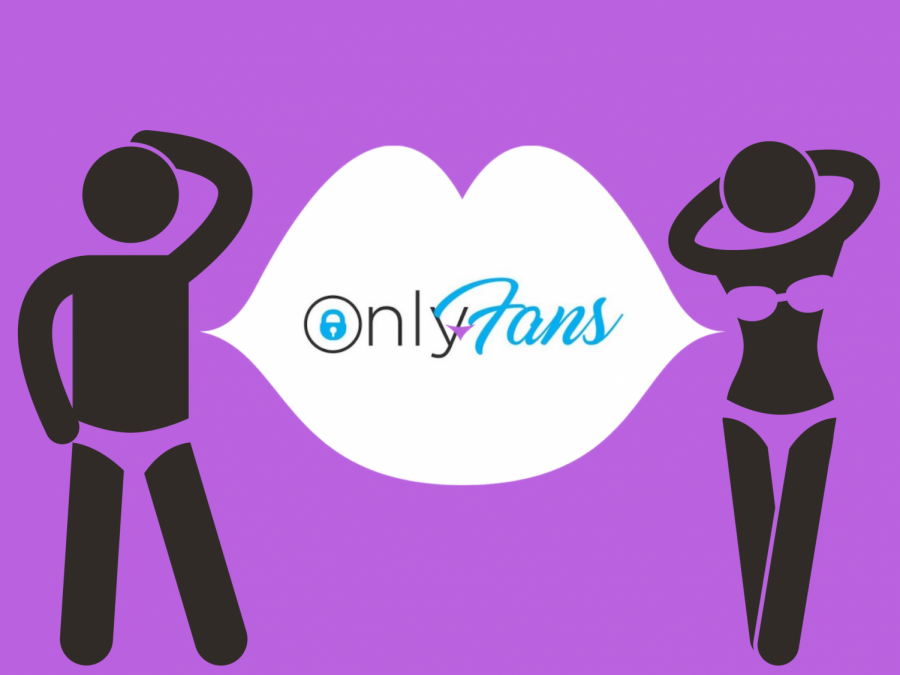 Graphic made by Jaylen Minnich

According to SimilarWeb, OnlyFans has increased its total visits by almost 50 million since April 2020. Currently, it’s averaging around 25 million visits per month. About 65% of these visits are coming from direct searches but about 20% are coming from social media. Viral tweets about success stories are a major factor in this.

With these positive attitudes towards sex work becoming more commonplace people are creating more and more accounts. Just searching “Onlyfans” on twitter gives a plethora of links from a wide array of people.

Domenique Dominguez, 23, theatre and music major started their OnlyFans account back in May.

“I had been considering making one since it [OnlyFans] first started popping off,” they said. “But I was in a relationship with someone who wasn’t comfortable with it.”

Dominguez was receiving requests on twitter for an OnlyFans account. So after the relationship ended, they began posting explicit content consisting of nude or semi-nude photos, videos and sometimes personal requests.

“I figured if I could make money why would I not,” they said. “I’m comfortable in my body and sharing it on my own terms.”

However, because of the recent popularity of online sexwork, there has been a recent increase in negative comments and backlash. One creator, @_cinnamonro11_ , on twitter, was asked through a Tweet if there were any downsides to an OnlyFans account.

Dominguez has experienced some blatant and hurtful responses to their OnlyFans account.
“Some of my friends reacted negatively saying it was a ‘cry for attention,’” they said. “But thats okay, I dont want someone in my life who doesn’t support sex work.”

Supporting sex work has become a major topic of discussion in the media thanks to OnlyFans. The public is beginning to accept sex work as a valid form of financial security, especially amongst those who are struggling due to the pandemic. However, this does go against the traditional stance that sex work is unprofessional.

“I want to be a performer with an OnlyFans,” said Dominguez. “I want to normalize it. I’m only adding to the problem if I stop myself in fear of my director or professor seeing it.”

“Sometimes I get scared, but it’s work. I think it’s a totally acceptable thing to do. I want to assist in normalizing that,” they added.

The upheaval of the implicit bias surrounding OnlyFans is starting to change people’s perceptions.

Sex work is entering the mainstream. Young people are trying to cultivate a society that recognizes and values the skills and work these kinds of jobs entail. They’re not just last resort options, but whole businesses.