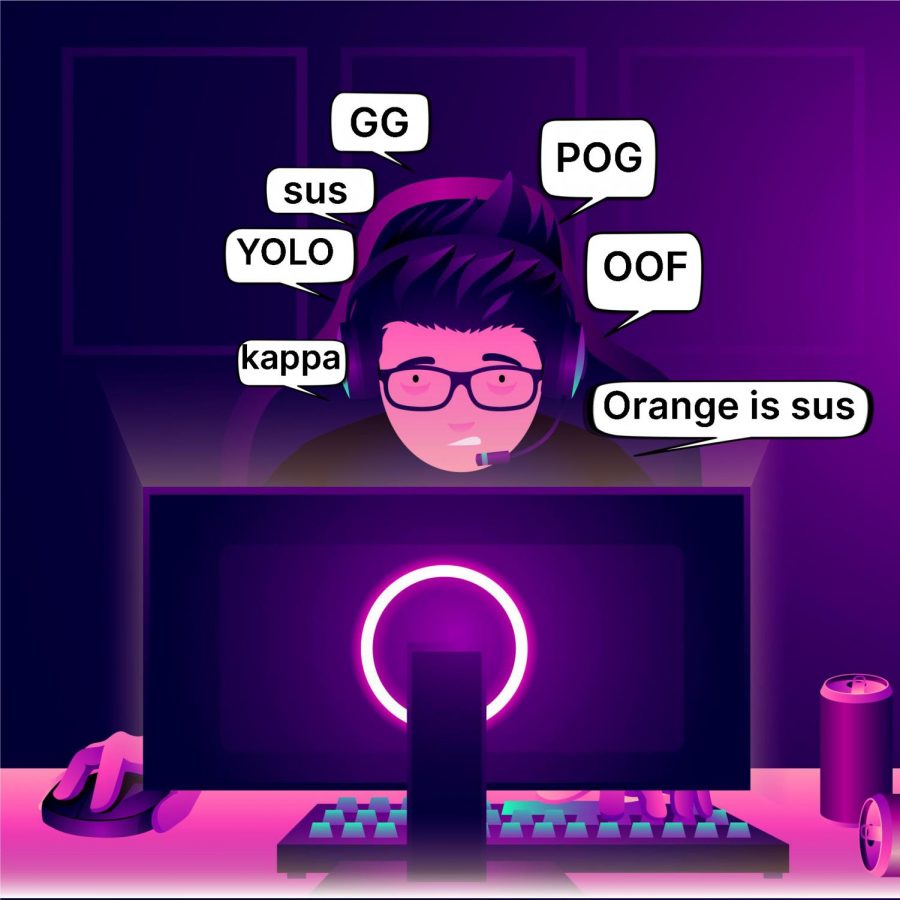 During this pandemic, more people are playing video games than ever. When you have to choose between playing video games or cleaning around the house, who would rather do the latter? Forget about those clothes that you threw in your closet because you decided to wear something else. Forget that spiderweb under the bed that has been there forever because no one would look. Most people would choose to play video games. If you are new to the gaming community, here are a few words you might want to know so that you do not feel clueless when one of these phrases come up.
SUS
This word is the abbreviation of suspicious. It became very popular because of the social deduction game, Among Us. When no one knows who the imposter is, everyone is a suspect. Trust only yourself! Of course, depending on the game setting, there can be multiple imposters. For crewmates to win, they either have to complete their tasks or vote to dump the imposter out to space. A meeting can either be called by a player once per game or automatically happen when someone discovers a dead body. During the game, anyone who acts flaky often gets callout as being sus.
YOLO
This phrase stands for “You only live once.” It is often said when a gamer is about to take a risk. For example,
running into a group of enemies with little ammunition, upgrading a piece of equipment that can break or gambling real-time money for an in-game item in gacha games. YOLO can be used on many occasions.
KAPPA
This word is the name of a Twitch.tv emote. It represents a sarcastic or humorous manner and is normally used at the end of a sentence. Such as, “I aim better with a blindfold and my back turned. Kappa.” Sometimes the sentence that comes before kappa does not make sense. Like, “Snail walks faster than a turtle. Kappa.” Snails do not walk, they crawl. The truth is sentences that are followed by a kappa should not be taken seriously.
POG
This word originates from another Twitch.tv emote, PogChamp, which represents excitement or a moment that deserves recognition. The emote was briefly removed recently but now reinstated with different faces. It was because of an inappropriate comment made by the person who was the original face of PogChamp. It was the abbreviation of “Play of the Game”, but now it is often used as an acknowledgment of when a gamer achieved something great or admirable. For example, when a lone survivor defeated the enemy team of six people and brought home victory. Another example would be when someone beats the world’s fastest record of completing a game. These kinds of plays all deserve a POG.
GG
This abbreviation has two definitions, and it can also have two usages. It means “good game” or “great game”, but depends on the context, it can carry either a positive or a negative attitude. In a positive tone, it can mean praising the opponents or teammates for sportsmanship at the end of a match. In a negative manner, it can interpret as a tease toward another person for not knowing any better. So be careful when using GG, you do not want to sound cocky.
OOF
The origin and pronunciation of this word came from the game, Roblox. It is the sound effect that this game plays when a player dies. It has transformed into an expression of empathy towards someone else’s painful experience. For example, if someone said, “my game crashed last night and I didn’t make a save before it happened,” the other person can respond with an “OOF”.
Many abbreviations are used when communicating in the gaming world because during gameplays the window of opportunity can occur at any moment. Saying or typing word for word takes too much time and it is not efficient. That is why short forms are often used in games.
Hope you find some of these gaming acronyms useful when you play!