Rodrigo is uniting people of all generations with "Sour." 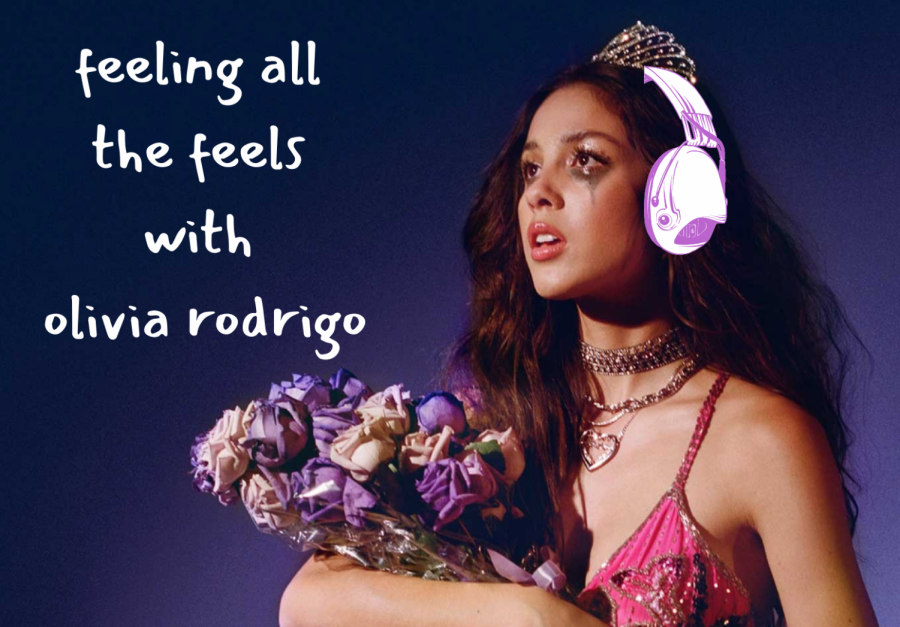 Olivia Rodrigo’s debut album “Sour,” released on May 21, is about heartbreak and is inspiring Millennials and Gen Z alike.
The album focuses on Rodrigo’s personal heartbreak and the insecurities she faces as a teenage girl. Rodrigo’s debut album was highly anticipated after her debut single, “drivers license” was released, which has over one billion global streams and even broke Spotify’s most streamed song in a week. Less than a week after its debut, each single has been played over one million times on Spotify.

Due to the popularity of the song, fans started to speculate about who “drivers license” was written about. According to an article released by Billboard on Jan. 19, many fans speculated that it was about Rodrigo’s rumored relationship and breakup with co-star Joshua Bassett. Many fans had developed theories about what happened between them, but Rodrigo has never publicly responded to these theories. When asked about the backstory of the song in a Billboard interview, Rodrigo said she feels that shouldn’t be important.

“I totally understand people’s curiosity with the specifics of who the song’s about and what it’s about, but to me, that’s really the least important part of the song.” Rodrigo said. “It’s resonating with people because of how emotional it is, and I think everything else is not important.”

Along with being a singer-songwriter, Rodrigo is also a Disney actress who currently plays the female lead as Nini Salazar Roberts in “High School Musical: The Musical: The Series” on DisneyPlus. Starring in this series gave Rodrigo opportunities to explore her passion with songwriting.

“All I Want,” which was written by Rodrigo for the show, reached the Hot 100 Billboard list and eventually led her to sign with her current label, Geffen. Rodrigo’s vulnerability with her music captures the listeners and puts them in her shoes. Many Millennials and Gen Z, such as Karina Gray, 19, are captivated by Rodrigo’s songwriting.

“What makes Olivia’s music so great is that she truly captures the stages of how it feels to be heartbroken,” Gray said. “The raw and emotional side of each song in ‘Sour’ is the reason why so many adults and teenagers can bond over, because we’ve all felt those unfiltered emotions at some point in our lives.”

Gray said she feels that Rodrigo’s music deeply relates to everyone who has experienced heartbreak or the expectations society puts on them. “I definitely have her album on repeat and she can make me feel sad or angry depending on which song I’m listening to, which not many artists can do,” Gray said. “I’m excited for whatever Olivia puts out next, because you know we’re going to love it.”