After losing to Long Beach, Water Polo looks to reset in conference 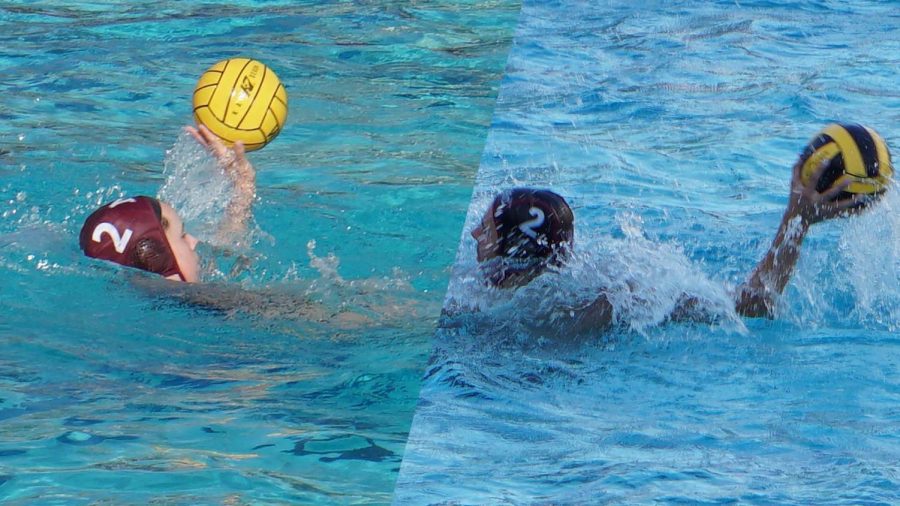 Filled with a decisive month for playoffs, Mt. SAC’s water polo teams will be advancing to the South Coast Conference Playoffs at home on Nov. 4 and Nov. 6.

Mt. SAC started off the month with decisive wins against the Citrus Owls (13-9) for the men and the Pasadena City Lancers (15-4) for the women as both teams improved their overall records.

Lately, however, the water polo squads have faced their top seeded conference opponents and have struggled to maintain their dominance. With a loss to the No. 2 Cerritos Falcons on Oct. 20, the women fell in a 12-5 struggle and the men fell in a 9-7 matchup.

This last matchup before playoffs, against the Long Beach Vikings on Oct. 27, was crucial in establishing the standings going into playoffs as a win against the Vikings could force a three way tie for both teams.

With that on the line, the women took on the Vikings at home.

Despite a lot of heart and grit, the Mounties were just outplayed in the first quarter. While Jahanna Palmer (1A) had struggled to keep the net locked down in the Cerritos game, this time Kelly Jackson (1) struggled to cover the opening quarter after allowing four in.

Despite the Vikings having eight exclusions to Mt. SAC’s four, only Julia Bensing-Ruiz (9) was able to get a goal past keeper Haden Bates (1). The quarter ended 4-1.

The second quarter was a better showing for the Mounties as Bensing-Ruiz traded a goal with Kaya Barrett (11) of the Vikings. Things changed when Mt. SAC’s Grace Rowland (2) received an exclusion with two minutes left, setting up Long Beach to score their second goal of the quarter to close it out 6-2.

From here, the Vikings closed out the game by scoring six goals, with one goal coming right after Alexis Ramirez (8) received one of her two exclusions this quarter.

Elizabeth Chong (4) tried to keep it competitive by scoring after the Vikings’ second goal of the quarter and exchanged goals with the Vikings in the fourth quarter, but the Vikings had the game won in the third quarter alone.

Ending 13-4, it was an improvement from the squad’s first matchup against Long Beach where they had lost by 16 points, but it dropped their record to 5-2 in conference and 10-16 overall.
Now third, they will be looking to reset in their next matchups against the Falcons and Vikings in order to go deep in the playoffs.

The Vikings struck early with the first goal of the first quarter, and Adam Dow (14) responded by putting up two goals for Mt. SAC which gave the Mounties a 2-1 lead early in the quarter. This lead was destroyed early when Noah Stark (1) gave up five more goals in the quarter for a 6-2 lead for Long Beach.

The second half went from bad to worse as Stark gave up another four goals with only Aidan Murphy (2) scoring a single goal for the Mounties, ending the quarter 10-3.

It was unclear why Mt. SAC did not utilize one of their other three goalies to give Stark some relief from the rough first quarter, but Stark’s game would tighten up in the third quarter.

Murphy ended up scoring three goals on his own which countered the entire Long Beach offense for the quarter, while Trevor Ingersoll (13) gave the Mounties an extra goal. This quarter would mark the first time all game Mt. SAC would outscore Long Beach. Though with the first two quarters, Mt. SAC still trailed in the 13-7 struggle.

Trying to mount a further comeback, the Mounties outscored Long Beach again by one more goal than the Vikings. Ivan Morales (10), Murphy and Dow scored but were unable to undo the Viking’s commanding lead. The game ended with the Mounties down by five for a Viking’s victory at 15-10.

With a two goal loss to the Falcons and a five goal loss to Long Beach, the men’s team is looking to tighten up their defensive game for the playoffs. If they manage to reset for the South Coast Conference as much as they have from their initial nine game losing streak that started out the season, the men have a good chance to go deep.

The men are currently third in the South Coast Conference with a conference record of 3-2 and a regular season record of 9-15.

Both teams are vying for a deep playoff run to end their season on a high note as success at the upcoming playoffs may qualify them both for regionals and even state.