Music You Should Have Heard About 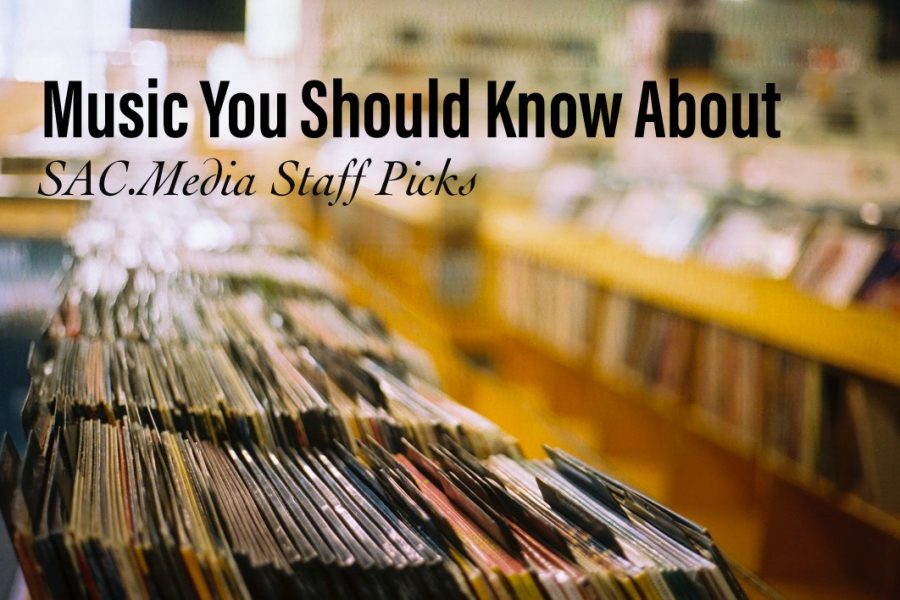 Aaron Story’s Pick
A band that has been sending shockwaves throughout the hardcore community is Drain from Santa Cruz, California. Their debut LP called “California Cursed” was released through Revelation Records just last year. It is a blistering album that sounds like you’re riding the waves alongside a fire drenched coastline. “California Cursed” unleashes a carnal rage while solidifying a sincere love for the Golden State. Their concerts bring a tidal wave of swinging fists and flying bodies every single time. You are guaranteed to lose your voice even if you don’t know the lyrics. These Northern California natives are legends in the making, and forging their rightful place in the hardcore scene.

Sam Acevedo’s Pick
In a time where pop music has failed to express individuality and ingenuity, Rina Sawayama has secured a spot in the world of pop. Her sound is reminiscent of the early 2000s era of pop with a twist by mixing the genres of rock, house, theatrical ballad, and many more genres that defy the expectations of today’s pop. Sawayama is a member of the LGBTQ+ community, and has been cherished by the community for being fearless for expressing sexual and romantic liberation in a world where queer women continue to be shamed or fetishized for loving women. In her hit single “Cherry,” Sawayama passionately sings about her inability to hide her sexuality and the liveliness that her love for women gives her. The pop singer finds a sense of belonging in her sexuality, and her love continues to inspire the betterment of her own character as she sings, “Holding onto feelings/I’m not used to feeling/’Cause, oh, they make me feel alive.”

Diego Renteria’s Pick
If you are looking to refresh your hip hop artist rotation, I have the artist for you. I will introduce to you: Nujabes. This Japanese Hip-Hop DJ is one of the most notable names in the Lo-fi and Jazz Hip Hop genre; a genre that he helped create and pioneer. The Nujabes sound is a fusion of many genres, predominantly Jazz and hip-hop. He took influence from contemporaries like J Dilla and CL Smooth. When listening to his music Nujabes envelopes you in a sonic wall of atmospheric and mellow beats. His sounds take you on a smooth and relaxing ride filled with jazz samples and Lo-fi rap bars. In the new current hip hop landscape of “Trap” sound, Nujabes cuts through the mold with his melodic jazzy beats.

Gabby Flores’s Pick
Forever Still is a female fronted Danish modern rock and alternative metal band led by vocalist Maja Shining whose vocals can be compared to those of Evanescence frontwoman Amy Lee. While Maja’s vocals can be both sweet as displayed in the song “Towards The Edge,” and hard like the song “Scars,” the band’s mixture of melodies can be sure to expose listeners to something new. With their new album released in 2019 titled “Breathe In Colours,” Maja proves again and again that this female fronted band is unlike any other bands. Whether people are fans of the screaming vocals or the sweet melodies belted by vocalists to sooth your ears, listeners can find comfort in the band’s album “Breathe In Colours.”

Megan Cansino’s Pick
He goes by the name of Mateo. His harp-like stringing of his guitar and soft voice melted me into my seat the first time I heard him play. He held his guitar almost up to his chin, aligning his elbows with his shoulders as he played, eyes closed. He makes love to his instrument and romances the crowd with his singing. He, a white man, awes and surprises Latino audiences with his fluency in Spanish. There are no mistakes, there is no confusion; he is one of us with his music. He plays old bolero songs that were made famous by groups such as Trios Los Panchos, drawing any one to silence. He has several albums out, both in Spanish and English, playing guitar, percussion and piano. He has toured as far as Cuba. He has excelled in his craft; even having had a documentary on him which went under the radar for Netflix. Mateo lives a modest life. A life that consists of performing for parties and several different events. He, being a nomadic musician, walks around East Los Angeles with his guitar case in search of his next platform, looking feral and disheveled most of the time. A look brought on to his attention to his beautiful creative process; he aims for acknowledgement in other areas. Mateo’s real name is Matthew Stoneman and as TIME Magazine has perfectly said, he is, “the most famous gringo of East L.A.” This badge is rightfully earned. Singing in our native tongue and playing what we consider OUR music, (Latino), he broke boundaries.