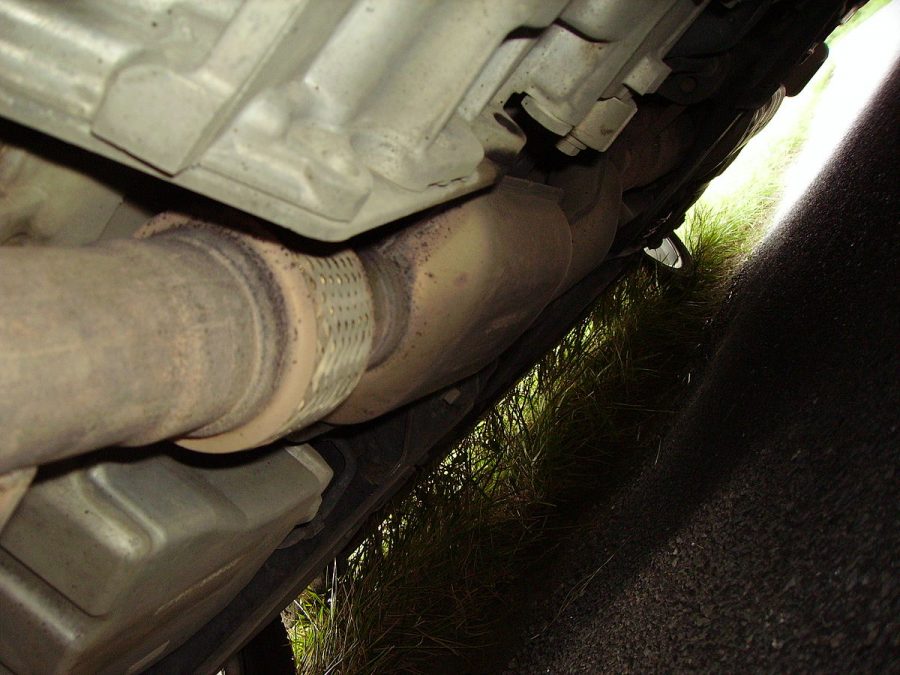 User Ballista's image of a catalytic converter on a Saab 9-5. Photo from Wikimedia Commons.

The Mt. SAC campus community is urged to report any suspicious activity on campus due to a spike in catalytic converter thefts. Converter thefts are on the rise around the country and have been affecting residents in nearby cities as well.

Catalytic converters are devices that are found underneath a vehicle that are made out of precious metals and help reduce toxic emissions. According to the National Insurance Crime Bureau, there has been an increase in catalytic converters thefts since the start of the pandemic. Following a recent trend of thefts on college campuses, Mt. SAC police Chief Mike Williams is urging the public to remain vigilant.

“We are asking for everyone to be on the lookout for any suspicious actions they see,” Chief Williams said. “Anyone crawling underneath a car, driving around aimlessly, carrying a battery-powered saw, or anything else which just does not seem right, please report it immediately.”

Anyone witnessing a catalytic converter theft in action is urged to report to Campus Safety at (909) 274-4555. Students or staff who have had their converter stolen will know immediately when starting their car as it will begin to make a loud rumbling noise, a roar that grows louder when the gas pedal is stepped on or a car without a converter will likely sputter and run very rough.

Foreign cars are being targeted more than domestic ones. There’s been a 33% sharp increase in catalytic thefts were from car models Toyota, Lexus and Honda, according to a report from NBC. A new catalytic converter can cost between $1,000 to $3,000 with some thieves targeting the same car again due to a possible replacement.

The National Insurance Crime Bureau recommends setting an alarm and parking in a garage and avoiding parking in an open lot when possible. Car owners can also have their catalytic converters engraved with their license plate as reputable scrap dealers will report the stolen device to authorities.