The Internet is a Double-Edged Sword

Beware of the spread of misinformation 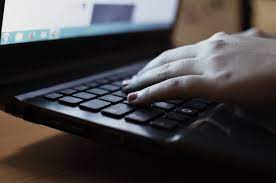 Society has never failed to become a victim of the infamous spread of misinformation. The rapid changes in our media consumption have only made audiences more gullible, despite what we know now. If anything it’s gotten much easier to get people caught in the mousetrap.

This is true for people with big or evolving platforms. Today’s generation of active social media presence tends to consist of Gen Z and millennials, which have seen the transformation in online media literacy and societal norms. With the change in generational values came the transition of internet culture. TikTok, Twitter, Instagram, and even YouTube have been the main crime scenes of the dumpster fire that is the impact of the internet.

Before delving into the negative sides of the internet, it’s crucial to understand what led up to this point. If you were born between the 90s to 2000s, the internet was your stuffed animal. It became an important aspect of growing up. You were the generation that began the phenomenon of vlogging and putting your life online. You were also the generation of kids who shouldn’t have had access to a Facebook account at 10 years old.

The internet became a whole new world where people became more informed and opinionated. It became the norm to invest in the lives of others for entertainment and an escape from our own. The line between what goes online and what stays to ourselves went from a definitive line to a fading blur.

Whether it’s the discussion of politics, social issues, pop culture, sports, and other big current events in general, the internet loves to talk. There’s a facilitation for people to have an opinion about something happening in the world and post about it for their followers to see. You don’t have to be this big influencer or celebrity anymore. That’s where it gets complicated.

While there are many—and I mean many instances where the internet was the cause of misinformation, there’s one I want to bring attention to. Whether you watch the news or not, you may have heard of the disappearance of Gabby Petito. She was a 22-year-old girl who documented her life and travels online on a blog including her “van life” adventures with her fiance Brian Laundrie. The media began suspecting him with involvement in Gabby’s disappearance after released police body cam footage suspecting of domestic assault. There was also evidence of Laundrie arriving at his family’s home in Petito’s van without her in it. It’s easy to assume something wasn’t right.

Just like many other cases of disappearance that’ve gone widely reported, the involvement from social media was an integral part in the investigation. With users on TikTok, Twitter, and Instagram witnessing a live case unfold in front of them, many took the opportunity to become invested in the case. For the most part people did so with good intent. They want to help and get justice for the girl. There have been donations to GoFundMe, spreading awareness on the case, sending support to her family.

In a recent press conference, Petito’s family thanked social media’s help with the case saying, “I don’t want to dismiss the ridiculously hard work that the FBI and law enforcement all around did, but social media has been amazing and very influential. And to be honest, it should continue for other people too [ … ]”

But of course, there were also people whose intentions weren’t so great.

Some became so invested to the point where they spoke about it like it was something entertaining. Some even went as far as making “psychic” videos on their predictions on the case, which were usually inaccurate and caused more turmoil with who and what to believe.

TikTok user KellyTheMagicalMedium says, “I did not do a lot of research on this [ … ] This is not truth, this is just the visions that I’ve had [ … ] I do feel like he did have a hot temper, but I don’t feel like he would’ve purposely killed her in a way in his logical mind.”

It’s safe to say that audiences didn’t respond well to this.

It became difficult to distinguish who was helping and who wasn’t. It caused audiences to not know what to believe and took credibility away from actual tips and new information from witnesses and state officials. It also demonstrates how many people lack empathy and respect.

Without the help of the internet there might not have been as much coverage in her case as there was. However it’s important to remember the impact words and misinformation can have outside of a screen. These are real people’s lives, not your source of entertainment and gossip. We may not be so easily gullible to believe internet scams like in earlier years, but have we really gotten better?

Have we as a society really been able to advance in our media literacy and impact of what happens on the internet? To be honest, it’s hard to tell.